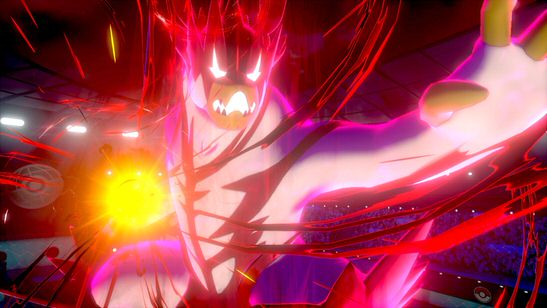 Thus, welcome back to “Who’s That Pokémon?” and this time, we’re tackling the Gigantamax Urshifu! (Single Strike Style):

Description: In this form, Urshifu looks ready to bellow in fury. People call it both “the very embodiment of rage” and “a divine emissary that banishes evil spirits with its fury.”

G-Max Move (G-Max One Blow): Dark-type attacks used by Single Strike Style Gigantamax Urshifu will change to G-Max One Blow. G-Max One Blow can deal damage even if a target defends itself by using moves like Max Guard or Protect.