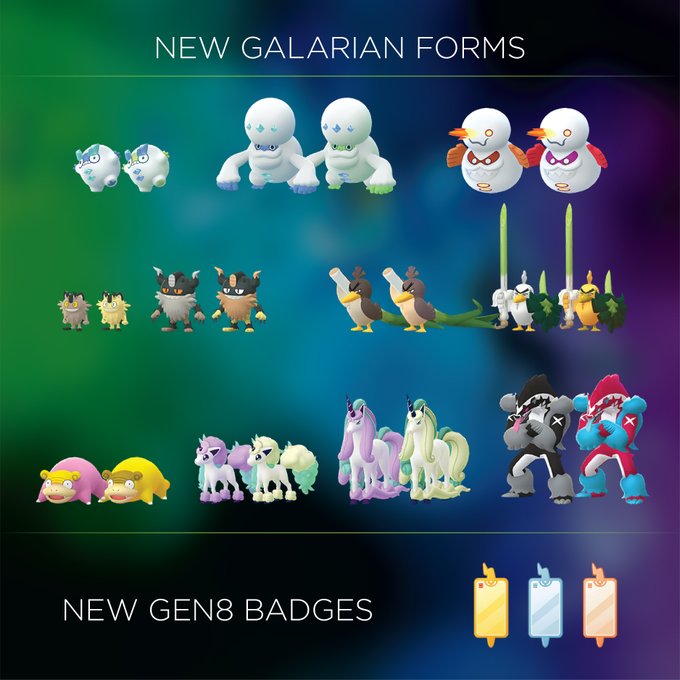 This time last week, Niantic revealed that Pokémon GO would soon see Galarian Meowth and Galarian Stunfisk added, as part of a special event and now it seems a few more Gen 8 Pokémon could be crossing over sometime very soon as well.

Nothing is officially announced just yet, but in the coding for Pokémon GO, data has been discovered for a variety of Galarian form Pokémon, in both their normal and shiny state, but Gen 8 additions like Obstagoon, have also been revealed as well.

Photos of the Galarian form Pokémon can be seen below, but what’s more, new Gen 8 badges have also been seemingly discovered as well:

What’s more, according to the coding, Galarian Zigzagoon and Galarian Darumaka, are both stated to be available during the upcoming Throwback Challenge 2020: Special Reseach.