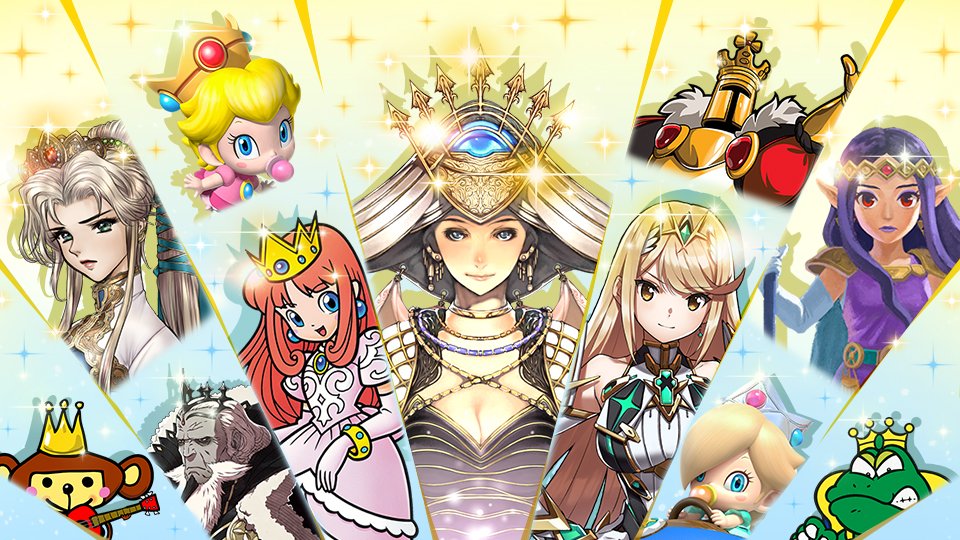 Nintendo has announced the next spirit event to come to Super Smash Bros. Ultimate. The spirit event is “Gleaming Crowns & Sparkling Tiaras” and will be going live this weekend for three days. There are 23 spirits that will be available during the event that all wear crowns and tiaras including the likes of Pyra, Mythra, Baby Peach, and Wart to name a few.

Here is the overview of the Spirit event:

Spirits wearing crowns and tiaras are giving the Spirit Board the royal treatment in this event! Defeat them in battle to earn extra gold.

The Legend-class Pyra and Mythra, plus the Ace-class Peachette, will also appear at set times. Don’t Miss out!

The full list of spirits available during the “Gleaming Crowns & Sparkling Tiaras” spirit event are as follows:

Spirits wearing crowns and tiaras are giving the #SmashBrosUltimate Spirit Board the royal treatment in the three-day event "Gleaming Crowns & Sparkling Tiaras", starting on 22/05! pic.twitter.com/ItyiRVkuyf