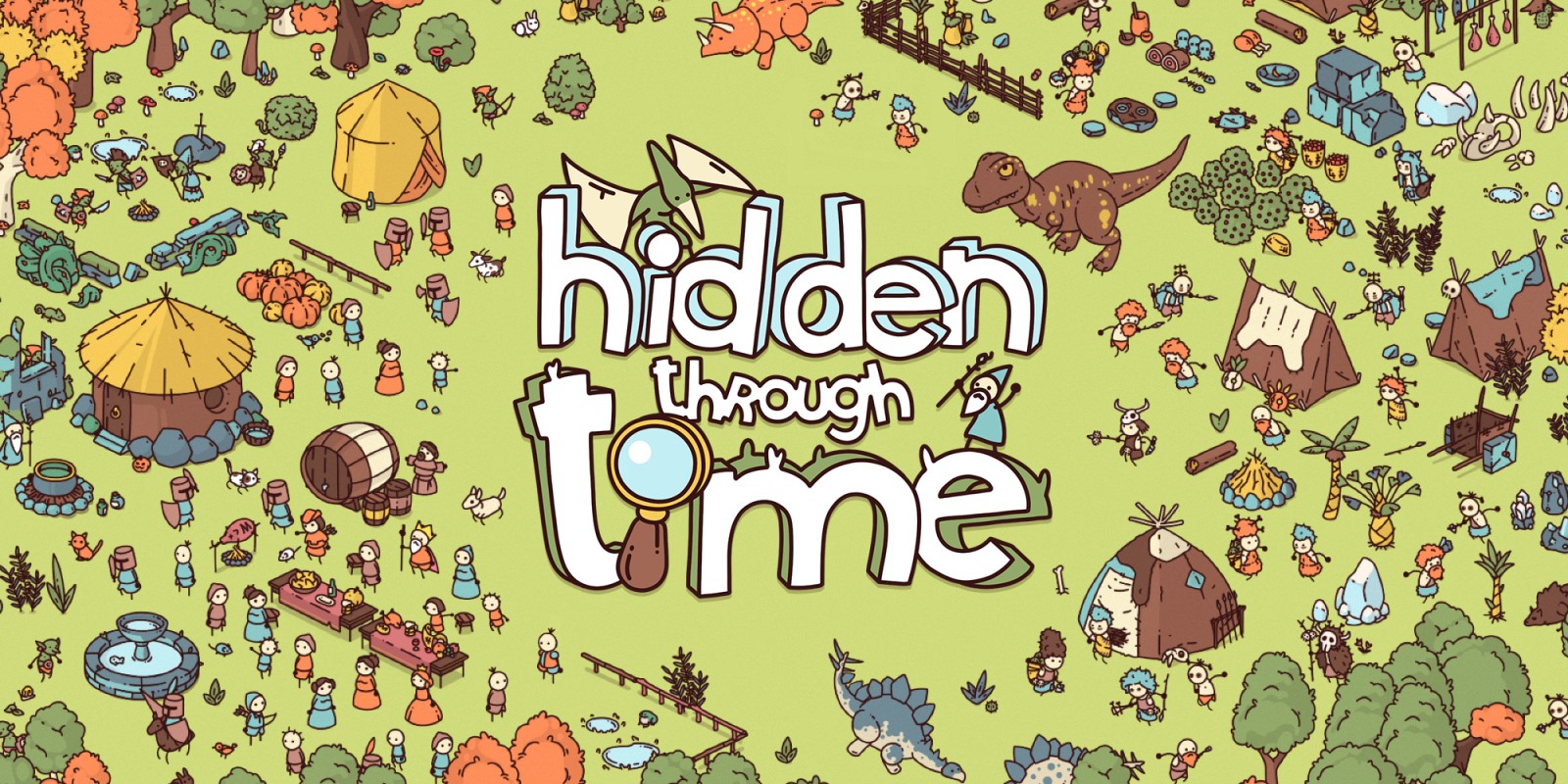 Hidden Through Time recently released across most systems and play stores including PS4, Xbox, Switch, Steam and mobile. The game comes from Crazy Monkey Studios, the developer and publisher behind “Guns, Gore and Cannoli 1 & 2” which also came out on the Switch, as well as, the RTS “Warparty”.

There’s not much of a story in Hidden Through Time, though you do get bits of hints through each of the times you are looking for which can help lead you to where you need to look. There’s also a bit of action narrative about what is going on within each of these puzzles that remind you of a moving “Where’s Waldo” visual which is unique. The game also goes through various periods of time from the era of dinosaurs, medieval times, and the wild west.

The gameplay of Hidden Through Time has you panning around a visual puzzle that can vary from very small to almost overwhelmingly large. As you pan around the puzzle looking for items, you can cycle through the things you need to find using the left and right of the D-Pad. As you cycle over them you are shown a hint that clues you into where you may find a certain item.

These hints are oftentimes vague and really only hint at where you need to look. You can also zoom in and out using the shoulder buttons, and once you find the item you are looking for you select A. Sometimes it seems that the hitbox (or circle, since the game circles the items), is a bit small and lining up the cursor can be slightly difficult especially when selecting small items.

Hidden Through Time has 26 levels in which you move through linearly, though you can move ahead once you have found a few items within each puzzle. There are a few time periods you will see as you move through the levels, which are a nice touch, as it helps to spruce up the visuals and change things scene to scene.

Within each of the levels, there are moving people, dinosaurs, animals, and more. Some levels have hidden areas within tents, houses, pyramids, and tombs as well. Tapping on things within the world can also bring up a variety of sound effects and animations as well.

As you move through the main game you begin to add items to your repertoire of selectable characters, animals, and objects with which you can use within the build your own puzzles. These puzzles can be uploaded to challenge random people and friends who also own the game. You can try your hand at finishing other people’s puzzles as well, though the actual design of other puzzles can be a bit hit or miss. Also, I am not sure how many people are actually going to stick by and keep playing this game.

The game audio in Hidden Through Time is pretty basic. The game is by no means high speed and adrenaline pumping, though the audio is fitting to the game’s calm, laid back approach to puzzle solving. As I mentioned earlier there are sound effects that you will hear along the way as you tap on items in the world. The effects are a nice touch, but also something you will only hear if you intentionally tap on people, objects, and animals.

Hidden Through Time has a hand-drawn look and is easily compared to a “Where’s Waldo” style art book. The characters and animals are cutely drawn and simple, though it’s the slight differences in textures and colors that will keep your eyes panning around the screen as you look for the items you need to find.

The performance of Hidden Through Time is smooth both in handheld and docked on the television. Load times are short and you can move quickly through levels as you complete them. Loading online shared levels is quick as well.

Hidden Through Time will keep you busy with it’s 26 built-in puzzles and an online area where you can find a near-endless supply, as long as the community keeps growing. The game is fun though challenging at times when you are looking for the smallest objects in the hardest places I’m looking at you gold sickle in a haystack!