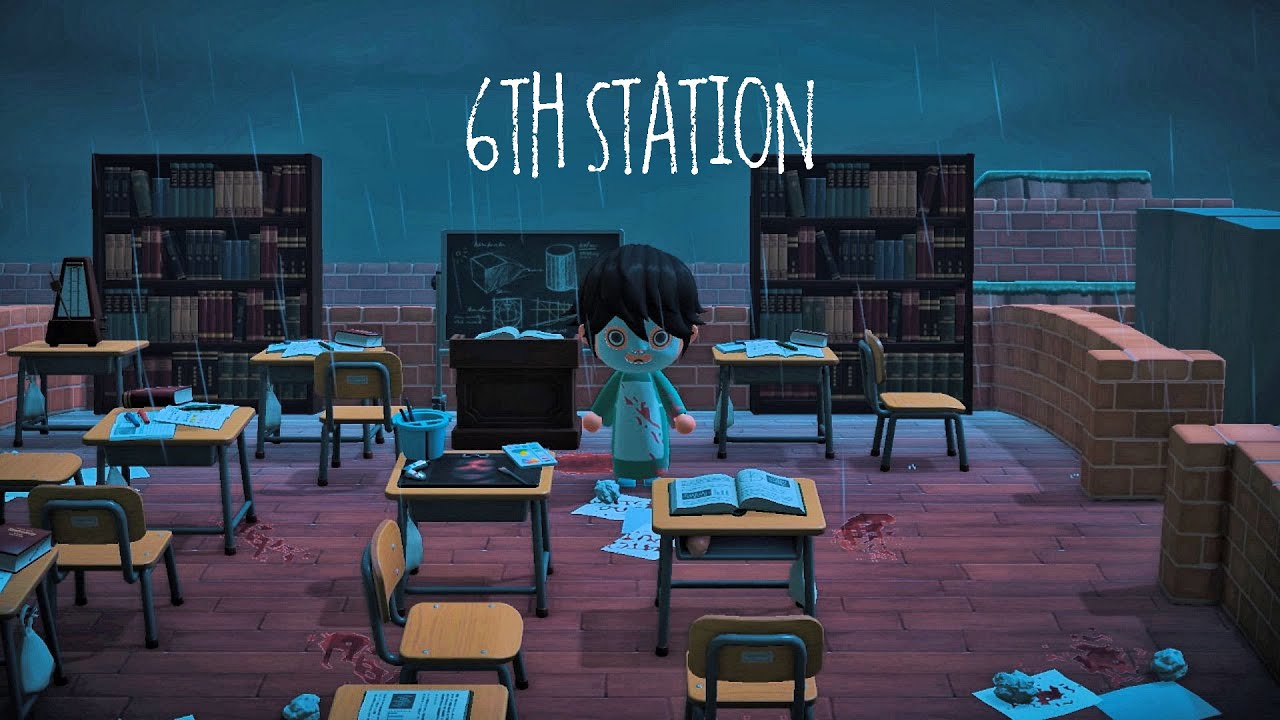 If you think Animal Crossing: New Horizons is a game just for kids, think again. As long as you can picture it in your head, you can practically do anything with your island and as far as YouTuber No One is concerned, you can make your very own, bone-chilling horror movie!

No One has put in hours and hours of hard effort to not only create his own horror themed island but recorded and edited a short feature film of it as well. The film is is titled The 6th Station and features a masked protagonist in a surgeon’s robe with no memory of his past, arriving on an island with a mysterious woman sitting in a wheelchair. As the masked doctor wanders around the island, he finds the place virtually deserted and blood everywhere and is left wondering several questions. What has happened here? Where are the rest of the residents? Who is the mysterious woman? And most importantly, who am I?

The short film is around 27 minutes long and is well worth a watch. We don’t recommend that young children watch this video as it contains scenes that they might find disturbing or worst, encouraging. Viewer discretion is advised.

Bravo No One, both your editing skills and your island, is sheer perfection and, is probably one of the best horror films we have seen this decade. Not to stop just there, since No One took the time to share a post over on reddit, we’re going to share it here quickly:

My little horror project has been fun. I have to admit, the process of making this video was creepy.

QR Code in the art room by: https://twitter.com/jrgdrawing

Pentagram art by me.