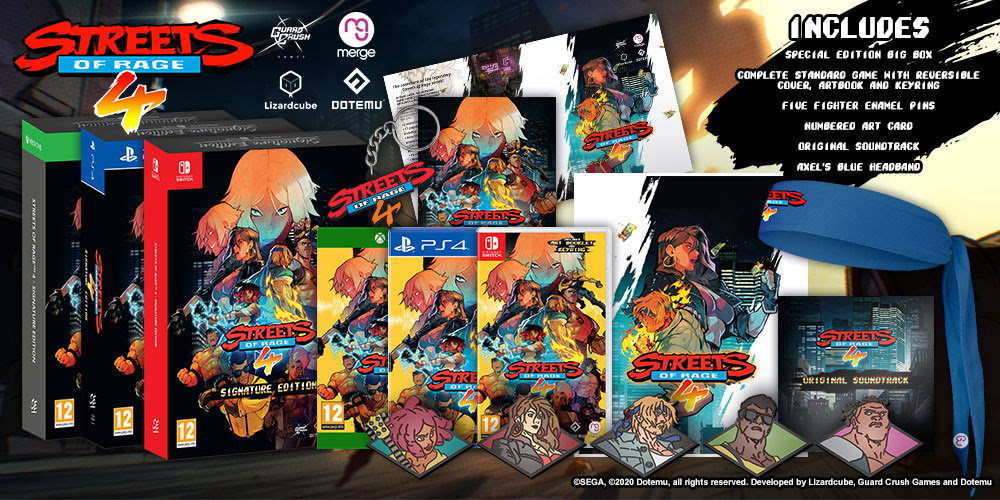 Signature Edition Games has announced that physical pre-orders are live for Streets Of Rage 4. Both Standard and Signature Collector editions are available for each platform including Nintendo Switch, PS4, and Xbox One. The standard physical edition is priced at $39.99 / €39.99 / £34.99 and is set to release on July 24th with a few extras included like a reversible cover, artbook, and a key ring. The Signature Edition will release on the same day and is jam-packed with even more goodies.

You can find the full details for each edition below.

Standard and Signature Editions available for Nintendo Switch, Xbox One, PlayStation 4 and PC

The standard retail version includes the critically acclaimed Streets of Rage 4, a reversible cover with alternative artwork, an artbook and a keyring featuring the game’s iconic logo.