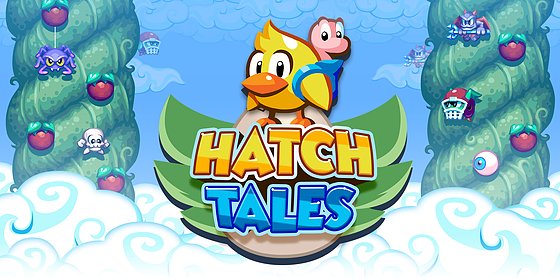 Texas-based video game developer Atooi has posted an update regarding their game in development, Chicken Wiggle Workshop. The game is getting a change in name to Hatch Tales to better communicate what the game is about. The developer says that the original name may be confusing for new players unfamiliar with the series and might think the game could be some dancing game with a chicken.

You can check out the statement from Atooi below.

Each time we make a game at Atooi our goal is to 1. Make something we love, and 2. Consider how best to position it as a commercial product. Number 2 may sound cold, but it is a lot more touchy-feely and lovey-dovey than it appears. We dig deep into our emotions and explore how the games that have had a big impact on us presented themselves, especially from the moment they first appeared on our radar, and then what followed after the initial reveal. If we can identify those moments and learn from them, we might be able to recreate them with our games so players can experience the same meaningful impact.

As such, I often try to step back from our projects and view them from an outside perspective. I ask myself, “How might this game appear to a newcomer?” First impressions are incredibly important with games. Many players’ first meeting with a new game is on the digital store, such as the Nintendo Switch eShop. The eShop banner! The eShop banner is so important, and I don’t think that can be overstated. The job of an eShop banner is to communicate what the game is in an exciting and informative manner while trying to stand out from the sea of other banners that surround it, so the only question left for the customer is “Am I interested in this?” It should never leave the player with the question, “What is this?”

When I stepped away and looked back at Chicken Wiggle Workshop from an outsider’s perspective, one thing was clear. The name is confusing. It is fun, sure. It’s a bit silly, too, which is fine. But, I feel that it creates more questions than it answers. What is Chicken Wiggle? Is it a dance? What is Workshop? Is this a building game? What type of game is this? The fact that the game originated on the 3DS will be unknown to most newcomers, so the idea that there is brand awareness is sadly not something the game can leverage.

This finally brings me to the exclusive reveal! The game previously known as Chicken Wiggle Workshop is now called HATCH TALES. I expect the image below may have tipped you off before you read that last sentence, but in the case of those who somehow avoided viewing the image below already, check out the new logo below!

Change can be tough. It can be difficult to let go of what we once felt comfortable with, but I hope you can join me in (eventually) embracing the new name. I think it matches the game perfectly and helps put the emphasis on the adventure aspect of the game, which is really at the heart of the game. The level builder is a huge component of the game, for sure, but I feel it will be appreciated by players more when it is discovered as a delicious bonus instead of being the main feature of the game.

For the purists and detail-hounds out there, yes, the main character’s name is now Hatch, which means Hatch Tales is basically saying tales about Hatch. 😊 However, it can also be seen from a different perspective, which is rather exciting, when you consider the level creator. Each level the player creates could be considered a little tale, which they hatched. Players can hatch tales, too!

One other small tease, before I go. The name, Hatch Tales, is plural. Could this mean there is more story content than before? Hm, I wonder…