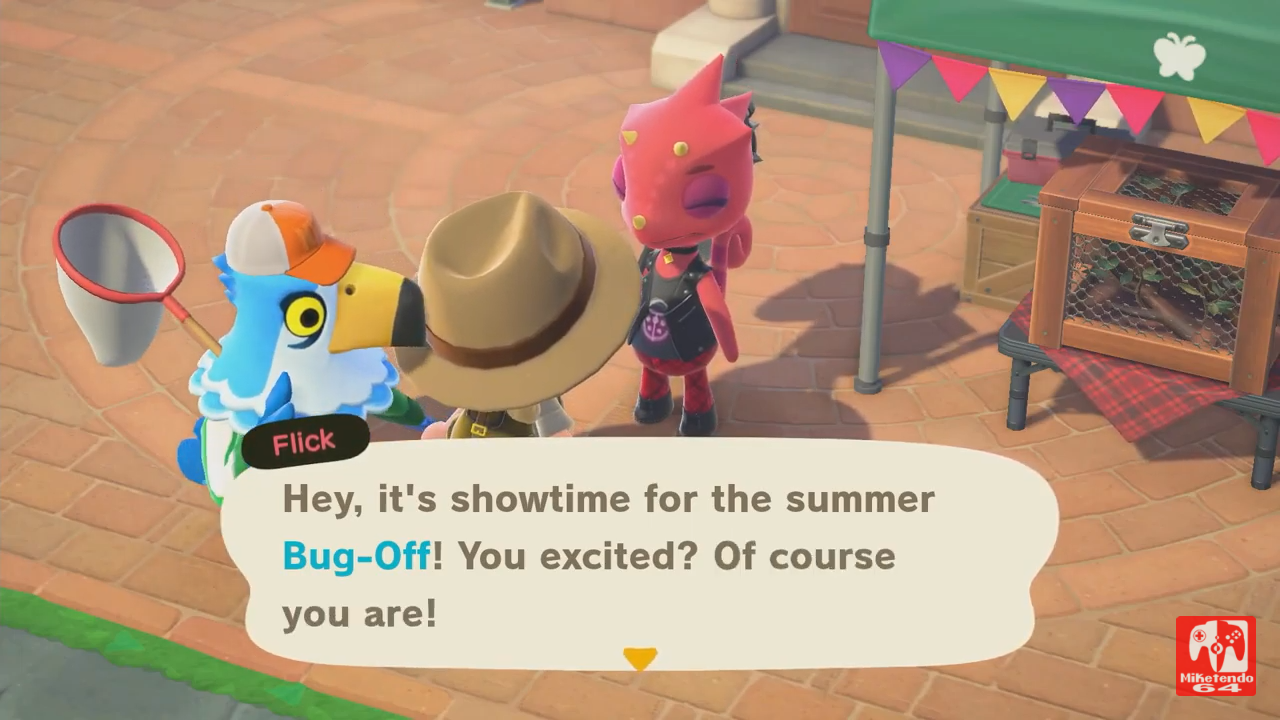 Whilst we don’t possess the Companion Guide ourselves, YouTuber Mayor Mori does and did a book review video on his channel. In one part of the book, it talks about CJ’s Fishing Tourneys and Flick’s Bug-Off. You can see for yourself in the screenshot below.

The Bug-Off is hosted four times in the year on the 4th Saturday of every June, July, August, and September. Much like CJ’s Fishing Tourney, it will cost 500 bells to participate. You then have three minutes to catch as many bugs as you can.

We have recorded some gameplay footage of Flick’s Bug-Off below.

We wish to thank Mayor Mori for providing the information in his Animal Crossing: New Horizons Companion Guide Book Review.