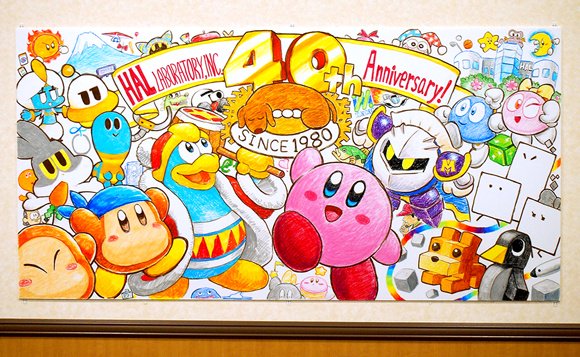 In a recent interview with Famitsu, they sat down with HAL Laboratory president Shigefumi Kawase to talk at length about HAL Laboratory in celebration of its 40th anniversary. The interview reflects on Kawase’s time at the company, how the company’s corporate philosophy has helped steer it to success among other things.

The Famitsu interview has been translated into English by Nintendo Life. We have an excerpt of the interview below. If you would like to read the full interview, you can find a link to it at the bottom of this article.

Famitsu: Congratulations on HAL Laboratory’s 40th anniversary. Could you walk us through the journey HAL has taken over these years?

Kawase: Within forty years, a child is born and then a grandchild is born next. During this time, we are sincerely pleased to report that HAL has continued with the strong support of each of our fans, despite being caught up in the hardships of the gaming industry.

Famitsu: HAL Laboratory has released a number of games over the course of the past 40 years, but this celebration illustration features an all-star lineup of games created by HAL Laboratory.

Kawase: I heard that the staff who drew the illustrations this time was a good mix of both veterans and young people, and they drew with excitement, saying “I had this title!” While it’s also our company’s culture, there are many staff who simply want to take the initiative in doing interesting and creative things. After this project was planned, many people gathered with the mentality of “let’s do it,” and we proceeded with that motivation.

Shigefumi Kawase’s earliest credit at the HAL Laboratory was in 1998 working technical support on Pokémon Stadium for the Nintendo 64. He worked on a large number of games for HAL Laboratory and later became producer of the Kirby series. He was eventually made Senior Vice President of the company in 2017 and about a year later, he was promoted to President.