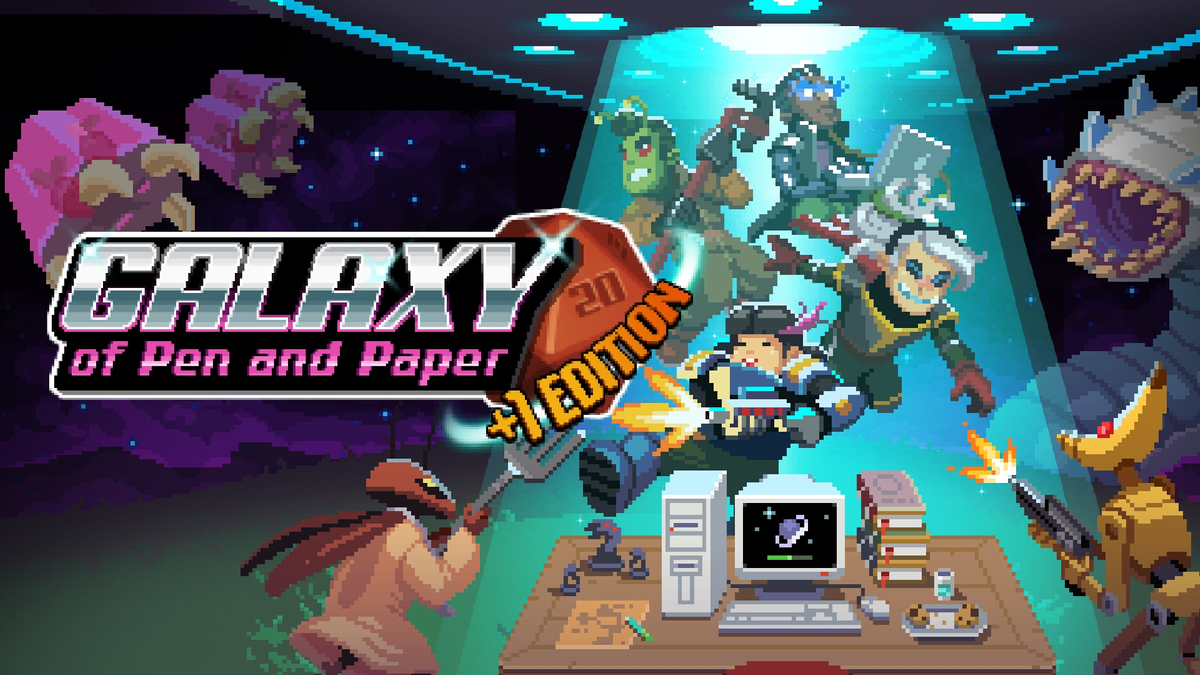 Galaxy Of Pen & Paper Out Now On Nintendo Switch

Galaxy of Pen & Paper is currently available for $12.49/€12.49 with a special 20% off offer on the Nintendo Switch for those that already have Chroma Squad, Old School Bundle, Knight of Pen & Paper 1 or 2 downloaded on their console.

You can find out more about Galaxy of Pen & Paper and the Pen & Paper Bundle in the official announcement below.

Plug in Digital and Behold Studios are pleased to announce the release of Galaxy of Pen & Paper™ on April 8th. Preorders open today.

This third opus will be available on Play Station 4, Nintendo Switch and Xbox One, and will come with a bundle containing all of the opuses of Pen & Paper series.

Galaxy of Pen & Paper is a turn-based RPG that takes the pen and paper games of your childhood and launches them into space. Set in the year 1999, a group of friends brave the perils of a strange new galaxy, armed with dice and unique skill sets.

The player creates their own Game Master and builds a party to play through a number of weird and exciting campaigns, earning prestige and unlocking new skills along the way. Galaxy of Pen & Paper expands on concepts from its predecessor, Knights of Pen & Paper, by featuring a larger universe, a greater variety of races, and an imaginative new sci-fi setting.

Enjoy hours and hours of adventures in these turn-based, retro style, pixel-art RPG full of danger, intrigue, and semi-appropriate cultural references! All games include all of their ever-released expansions with many new characters, enemies, quests and locations!