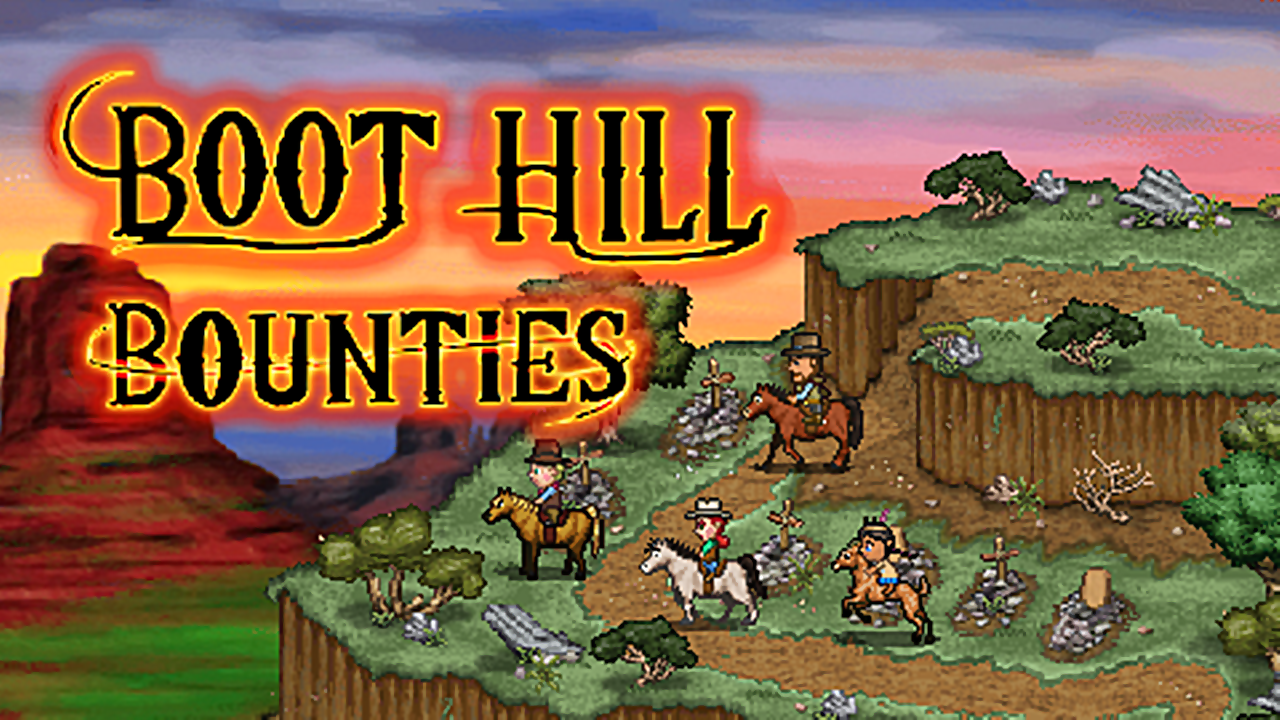 What would you get if you crossed Red Dead Redemption with Earthbound? Well, perhaps something on the lines of Boot Hill Bounties. Developed by Indie developer Experimental Gamer Studio, Boot Hill Bounties is a SNES-inspired JRPG game with a Wild West setting. The game is set to launch on Nintendo Switch on April 14th and is available to pre-purchase on the eShop now.

For more information, check out the official announcement from Experimental Gamer Studio below.

CHICAGO, IL – MARCH 23, 2020 – Boot Hill Bounties is available for pre-sale on the Nintendo eShop starting on March 27 and will release on April 14. The latest title from indie developer Experimental Gamer Studios, Boot Hill Bounties fuses the lawlessness, adventure, and untamed wilderness of spaghetti western films with immersive JRPG storylines and gameplay. The follow-up to the Kickstarter success Boot Hill Heroes, Boot Hill Bounties is a standalone experience that pits up to four local co-op players against Bronco County’s most dangerous outlaws to prevent a bloody war between settlers and the Chepakwik tribe. Once inside Bronco County, gamers explore a pixel art wild west frontier spanning dusty outpost towns along desert canyons and forests patrolled by dangerous wildlife.

“Boot Hill Bounties is a return to the glory days of detailed SNES RPGs like Final Fantasy, Earthbound, and Chrono Trigger,” says David Welch, the indie developer behind Boot Hill Bounties, “but we’ve made key updates to make the genre feel fresher and exciting. With Boot Hill Bounties, we’ve reimagined the classic JRPG genre by combining the elements we love with things we always wanted to see. For example, we always wanted to experience more RPG adventures with our friends, so we included the ability for up to four players to hop in at any time for local co-op.”

The Chicago-based developer delivers a title packed with unique content. Boot Hill Bounties allows fans to explore towns bustling with unique citizens and storylines, fight off criminals and wild animals, scan newspapers for side quests, invest in growing a farm for unique upgrades, develop recipes for character power-ups, and craft powerful weapon modifications. All of these details are vital in hunting down the Saints-Little Gang with Kid, a simple farmhand, and his three companions: Doc, Moon, and Rosy.

With the April 14 Switch release of Boot Hill Bounties, newcomers and fans of the Boot Hill series have exciting new adventures ahead.