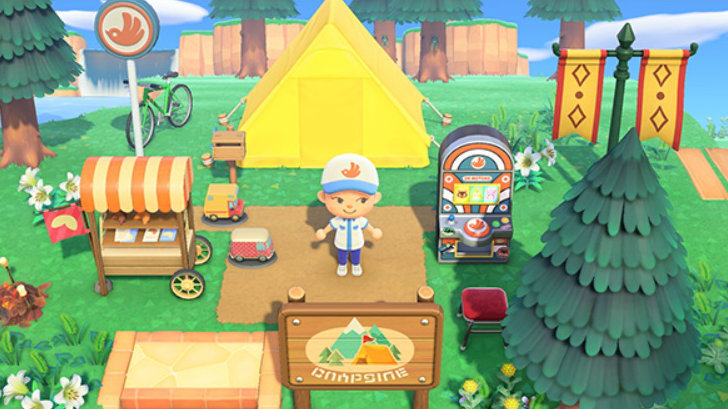 With Animal Crossing: New Horizons, now readily available on the Nintendo Switch, for those of you who have chosen to invest plenty of time and effort into the mobile offering, Animal Crossing: Pocket Camp, it is time your efforts were rewarded.

Previously revealed during the Animal Crossing direct that aired during February 2020, players of both titles would be able to get Pocket Camp inspired items in New Horizons, and you can start obtaining those items, right this second.

So, in a bid to help you acquire what is rightfully yours, here is a step-by-step guide, including helpful information on what is required to obtain the items in the first place:

What you Need to Do:

Step 1:  Provided you have both games and have spent a little bit of time with both of them, firstly, you will need to whip out your mobile device and load up Pocket Camp.

Step 2: With Pocket Camp open, bring up the menu and open the My Nintendo tab.

Step 3: Once on the My Nintendo screen, you should see a reward entitled: “Animal Crossing: New Horizons Special Order Ticket + 50 Leaf Tickets.” Click on it.

Step 4: Where it says “Redeem,” select this option and confirm your selection. You will now be given a 16 digit code, which you will be needing momentarily. (Don’t worry, redeeming this reward requires no Platinum Points whatsoever.)

Step 5:  With the code to hand, it is time to head over to the Nintendo Switch eShop and open it with the account you have associated with both New Horizons and Pocket Camp titles.

Step 6: In the Redeem Code section, enter the 16 digit code you were given and follow the necessary prompts to redeem the reward.

Step 7: Once the download has come through, boot up Animal Crossing: New Horizons and make your way to the plaza and enter the tent.

Step 8: Instead of talking to Tom Nook, Timmy and Tommy, head to the terminal in the tent and access Nook Shopping. Once loaded, press R or L to access the Promotion menu and it is here you will see 10 Pocket Camp themed items.

Step 9: To purchase every single item, 20,110 Bells are required. So, while you might not be able to purchase every item in a single sitting from the outset, you can always pick the one you can afford and it will be delivered to your mailbox in due course.

Bonus Step 1: Once your purchased item has arrived, feel free to place it wherever you please if it’s a furniture item, or put it on if its a clothing item.

Bonus Step 2: Before getting too infested with New Horizons, don’t forget that the special ticket you ordered via My Nintendo, it also includes 50 Leaf Tickets, which you can redeem via the mailbox in Pocket Camp.

As always, we hope you found this guide helpful! For more Animal Crossing: New Horizons guides, be sure to click here!