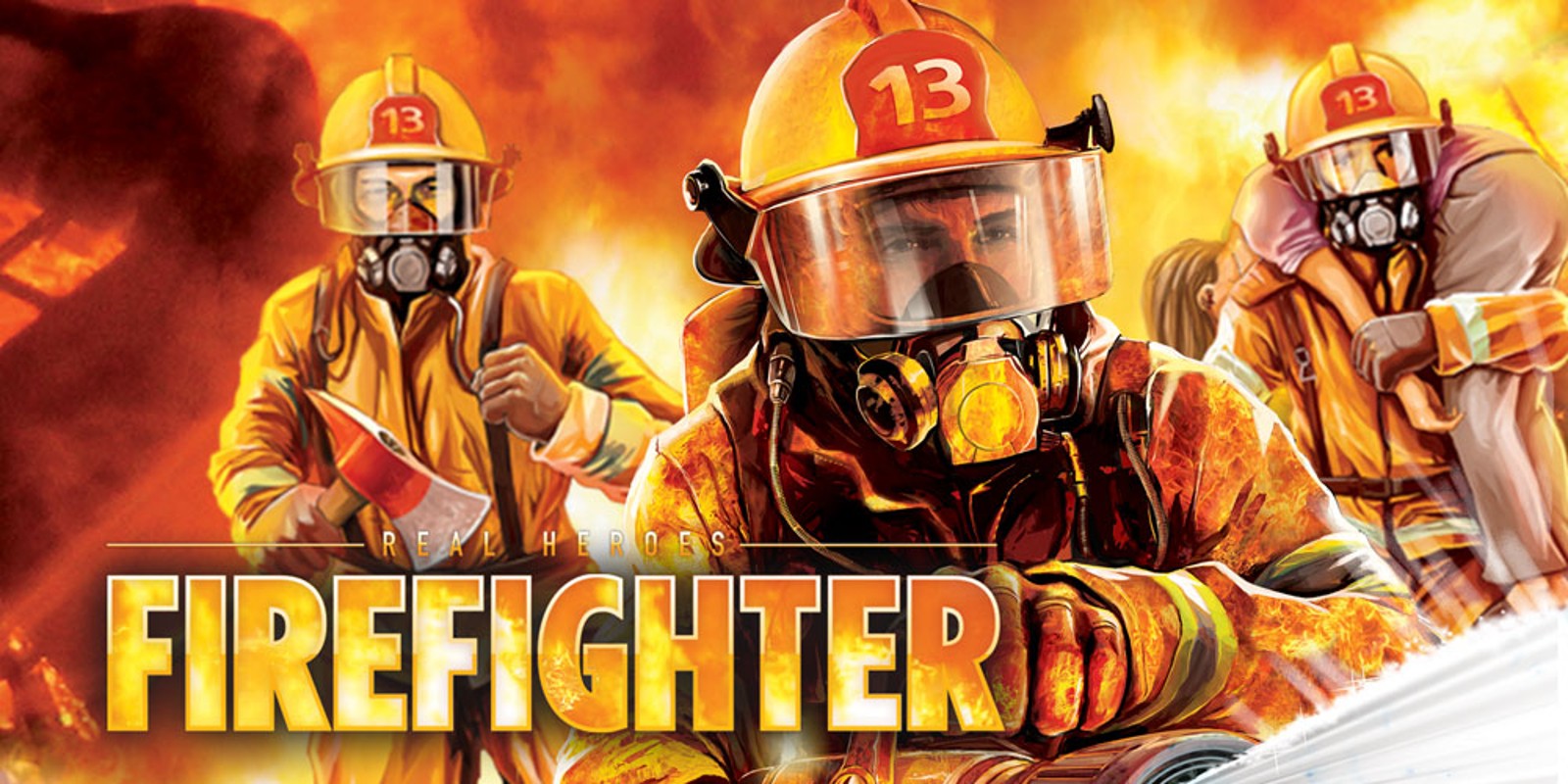 Real Heroes: Firefighter was previously released on PS4 and Xbox and now makes its way to the Nintendo Switch. The game has roots in a Wii game as well, though it is unclear to me as to whether this version on the Switch is a remastered port or a new game entirely, as I have not played the previous entry on the Nintendo Wii.

The story of Real Heroes: Firefighter has you playing an unnamed rookie working his way up the ladder (pun intended) at a small firehouse as part of a team of emergency servicemen and servicewomen working together to save the lives of citizens, as well as each other from time to time.

The gameplay in Real Heroes: Firefighters is pretty basic, though the variety in levels and the task you need to complete are different throughout the main story mode. In Real Heroes: Firefighters you have the items you will need to use to help you navigate through buildings, such as a crowbar to enter locked rooms, an axe to cut through walls and debris, a saw which acts as a mini-game of sorts to angle properly and cut through thicker walls and obstructions.

As a firefighter, you can also use the hose, which turns the game into a first-person shooter of sorts as you need to blast water at fires and avoid electrical charges so you don’t shock yourself. You also have a fire extinguisher, which can be used to temper flames and help in reaching people you need to save.

Throughout the various levels, you may also need to climb ladders, navigate through doors, some of which will be locked and need to be pried open with a crowbar. When you find a hose box on the wall, you will need to activate it so you can then have access to the hose in the level to then use on the fires you will encounter. There is also a button you can press to call out to people when you are close. This gives you an indicator of which direction they are in and where you can find them.

There are a handful of levels in Real Heroes: Firefighters, each with different tasks and locations. You will end up doing a lot of the same things over and over again; but the location variety and whether or not you will also be leading or carrying people is something that changes often.

The game only features half a dozen items of equipment, but the levels are long and have you using them in meaningful and varied ways. For instance, one time I was tasked with helping clear out a group of pets from a pet store inside a mall which had me freeing and accompanying animals to another firefighter to transport them to safety. Another level had me traversing through a neighborhood overwhelmed with fire and freeing people from fallen debris, turning off electrical boxes, breaking windows to avoid a backdraft and hosing down houses.

You’re going to hear a lot of crackling of fire sound effects in the game and that is pretty much it. There is a tense soundtrack of music in the background that adds to the suspense of the overwhelming flames and scenarios you will be placed in but ultimately there is not much in terms of game audio. One bit of audio that is helpful, which is also accompanied by on-screen notifications, are of the people you are talking to when you call for help.

Real Heroes: Firefighters implements a cell-shaded style that has characters looking like cartoon line art over top of the world around them. This visual style probably helps to maintain a consistent frame rate which the game does maintain, also with very little pop in. The world of Real Heroes is sparsely populated though designed well enough to make you feel immersed in the various levels and sections of the game.

One area the game excels is in its unique fire animation as flames engulf or get extinguished. I found myself stopping from time to time just observe the flames and how my hose squelches them or how they begin to overwhelm the offices, malls, and houses.

Real Heroes: Firefighter is a decent game that has a level of immersion in a genre and area of simulation that is on its own. I don’t know that there are that many emergency service-oriented games, which is a niche area but one I would love to see more of.

It would be great if the developers could venture into a cleaner looking game with more realistic graphics to help in the immersive feeling of playing as a firefighter. Also, it would be great to see an update that allows you to customize your character more and maybe a third-person view option.

Real Heroes: FireFighter is a decent game and one for gamers interested in simulation titles will want to try. The game is a budget title and there are more than enough variety in missions and things to do, albeit, very linear in the story it tells.