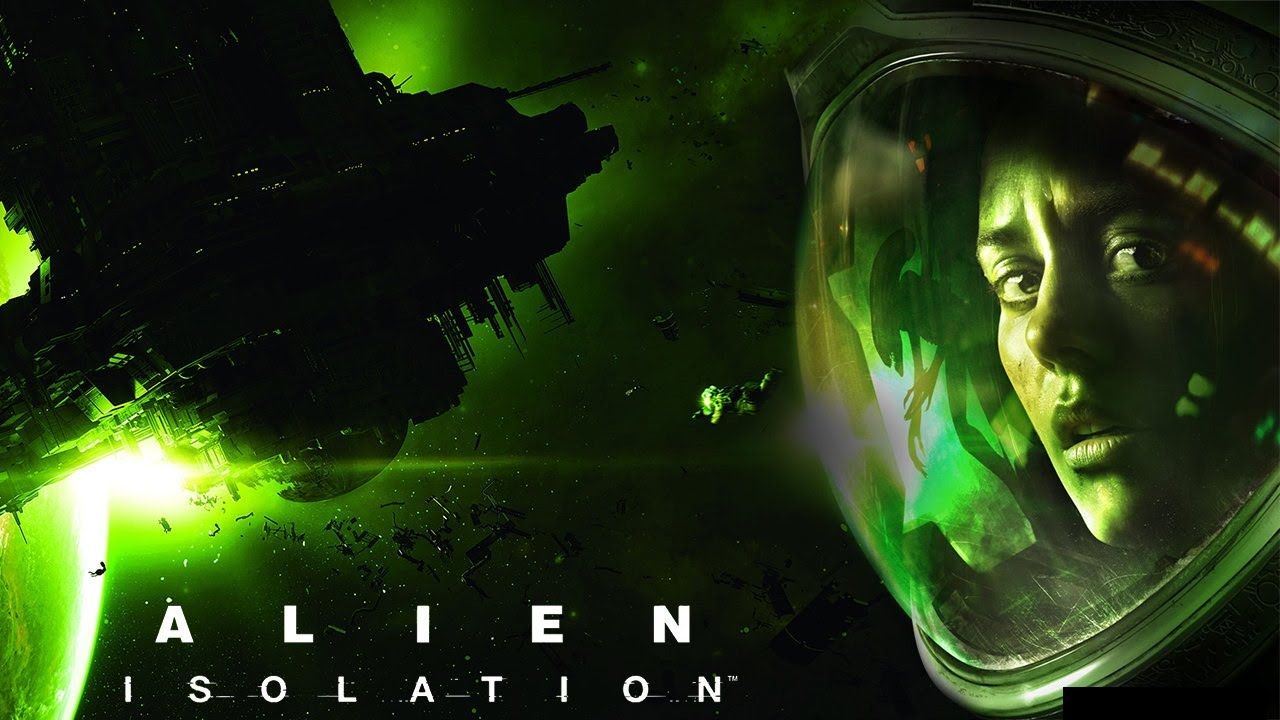 The ‘Alien’ series is a movie franchise, with its roots going all the way back to 1979. The original movie by Ridley Scott is considered a classic to horror films, as well as the Xenomorph Alien that once attacked Ellen Ripley and her crew. Throughout the past forty years since the ‘79 original, there have been five additional movies, as well as a comic book series, novels, and video games. The latest entry in the Alien franchise is 2017’s Alien Covenant.

Alien: Isolation is inspired by the ‘79 original, and it even includes special guest star voices from the original cast, including the legendary Sigourney Weaver, who reprises her role as Ellen Ripley.

Alien: Isolation on Nintendo Switch is a port of the 2014 version that released on PC, PS4 and Xbox One. It released late 2019 on the Switch.

You take control of Amanda Ripley, daughter of the iconic character from the movies, Ellen Ripley. Her mother left Earth fifteen years ago and never returned, and Amanda has made it her goal to set out to find where she went. The plot follows her as she goes into the unknowns of space with a crew to a (mostly) abandoned space station called the “Sevastopol” (the location where you’ll spend almost the entirety of the game in).

After a series of unfortunate events, Amanda ends up trapped on the Sevastopol alone or so she thought. During the course of the game, you’ll encounter some humans, some AI robots, and… an Alien predator hunting for anything that moves.

Alien: Isolation is a survival-horror game, which are two game genres I’m generally not fond of. Not because they’re by any means “bad”, I’m just too much a scaredy cat to move on and prefer to stay hidden somewhere where the enemy can’t find me.

If you wanted to compare another game to Alien Isolation, the best comparison would be to Outlast. In both games, you’re limited with your resources, you’ll spend most of your time hiding from the predator looking for you, and make time your best ally. The second you get a chance to make a run for it, you should take that opportunity.

Alien: Isolation revolves around doing some missions in a “level” based layout (I say this in quotes because although levels are divided in a few objectives each, the transitions are seamless, aside from a load time in between). Your main quest is to get out of the Sevastopol alive, though the plot does add in some twists to the objectives and narrative (like locating some medical supplies for an injured colleague).

The first few hours are rough, this is due to the fact that you don’t have much to work with at first. Though later on you’ll find blueprints to build new equipment, like ‘Smoke Bombs’ and ‘Noise Makers’, during the first segments the player is pretty much “naked”. What made the first hours tough for me was the fact that I hadn’t fully understood how the Alien attacks or how to navigate and use the environment, so I tended to crouch slowly and stay still whenever I heard the smallest of noises. To me, that’s where Alien: Isolation shined best, as I felt like I was Amanda Ripley. I was simply terrified.

As mentioned earlier, you’ll obtain a few helpful gadgets to distract enemies, ease your traversal through the map, and defend yourself. These tools are limited, and can’t be used right away. Once you find a blueprint, you’ll need to find the necessary components to build it. Parts like “Charge Pack” and “Bonding Agent” can be found lying around or inside boxes with loot.

One very helpful tool you’ll obtain relatively early in the game is a radar, which shows the location of any being, human or alien alike. It shows in which direction and how far the being is, and trust me, you’ll be using the radar a lot. It’s crucial to survival, as it can alert you when it’s time to run and when it’s time to hide.

There’s three types of threats in the Sevastopol station. First you have the iconic Xenomorph Alien; which is fast, sneaky and VERY dangerous. Nothing can kill it, not even the late-game flamethrower. You can stun it temporarily or distract it, but you won’t be defeating it any time soon.

What makes the Alien unique, not only to this game but to horror games in general, is its adaptive capabilities. The Alien AI learns. If you hide frequently inside lockers, the Alien will take notes and search more in lockers. The AI becomes harder the higher the difficulty level, and you’ll be able to get out of some likely unsurvivable spots in easier modes than in harder.

The next enemy is the good-gone-bad AI robots, Working Joes. Though not as threatening or as strong as the Xenomorph, they still pose a threat you’ll need to be aware of. They’re introduced fairly early on and appear a bit less frequent than the Alien. Though they can still take you down, something about evil robots doesn’t scare as much as Aliens.

The final threat are the remaining crew workers of the Sevastopol. Though not all humans are bad, some will try to defend themselves against anything that moves. Paranoia at its finest. As a side note, in classic Alien-tradition, be careful with who you make allies, not everyone has goodwill intentions…

Though the campaign length depends on how long you take to make it out alive, you can expect roughly around ten to twelve hours of playtime for your first playthrough. While surviving inside the Sevastopol, you might find a few collectibles along the way (for those keen to exploring fully). You have “Archive” Logs and “Nostromo Logs”, both include more details on the game’s lore.

You can find more detailed explanations of what happened in the space station, as well as character and their motives. Then you have “Missing Persons”, where you can find character tags. These have proven to be much harder to find, and with 50 tags in total, it’ll likely be the biggest challenge in the game.

When it comes to scares, you’d be surprised to hear that Aliens and robots have gone rogue aren’t the scariest thing about the game (that’s not to say the predator dragging you across air-ducts to feast on your guts isn’t scary already). The most terrifying aspect is in fact, the sound of the atmosphere and the surrounding entities hunting you down.

I highly recommend playing with headphones, as that’s the best way to be fully immersed in the world. The sound of doors opening, pipes hissing, the Alien crawling through the vents, will certainly give you chills. Not only that, but the game features an evolving soundtrack, which gets more intense the closer the enemy is.

Imagine you’re hiding under a table, you hear the Alien’s footsteps nearby, the menacing tones start getting louder and before you know it, the Alien grabs you from behind and it’s Game Over. It’s thrilling!

If I told you that Alien: Isolation has better image quality than the Playstation 4 and Xbox One versions (considering the Nintendo Switch isn’t as powerful as the other current-gen consoles), there’d be some doubts amongst my claims. But you’d be wrong, thanks to ‘Digital Foundry’s investigation into the game versions’ performance, they’ve claimed that “The Switch version is substantially cleaner in motion”.

This does show when playing the game. It looks and performs great, with no noticeable frame drops at any moment. Though load times aren’t extensive, they do last a bit longer than what’d I like.

Though I don’t have any major complaints on the game, the difficulty was rather mixed, even though I played in medium difficulty. It felt very varied, at times I could get away from some rather ridiculous situations I shouldn’t normally be able to, while other times I’d lose to the smallest of mistakes I made.

Health doesn’t replenish when dying either, so if you’re stuck at low HP, if you die and respawn you’ll have that same amount of HP, which is frustrating at times. Also, be prepared to die quite a bit. It’s not an easy game by any means, it provides a good challenge even to survival-veterans.

The other minor issue is how the menus and systems are a bit hard to fully understand at first, especially the crafting system. The layout of the crafting menu was set up in a way that looked convoluted and tricky to grasp.

Alien: Isolation is a fantastic horror survival game on Switch. It uses its source material to create an experience that is very enjoyable to play, while giving players plenty of screams and intense moments. Easily one of the best horror games currently on the console.