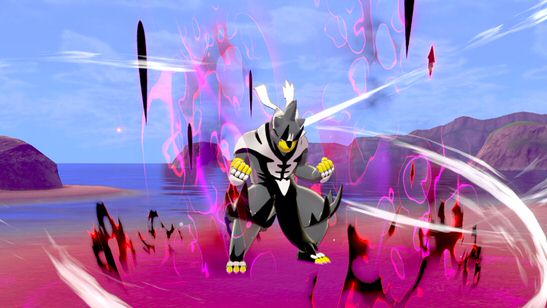 Just when you think you’ve seen all Pokémon Sword and Pokémon Shield, have to offer, GAME FREAK reveal even more Pokémon for Galar and one of them is available now! So join us for another “Who’s That Pokémon?” and this time, we’re tackling the Wushu Pokémon Urshifu (Single Strike Style).

Kubfu will evolve into Urshifu after it has undergone sufficient training. It seems that Urshifu has two forms—a Single Strike Style and a Rapid Strike Style—and it appears that each form has different types as well.

Description: Urshifu in this form favor battling without holding anything back. When enraged, they will mercilessly attack an opponent until it is utterly crushed. A Single Strike Style Urshifu’s movements are often direct and involve rushing forward in a straight line. It will keep its distance from its opponents at first, only to leap in close in an instant to deliver a powerful blow.

Signature Move:An Urshifu that has followed the path of darkness can unleash this single, severe blow. This move always results in a critical hit, allowing Urshifu to attack while ignoring the target’s stat changes.

This Ability lets the Pokémon deal damage when it attacks with moves that make direct contact, even if the target defends itself by using moves like Protect.