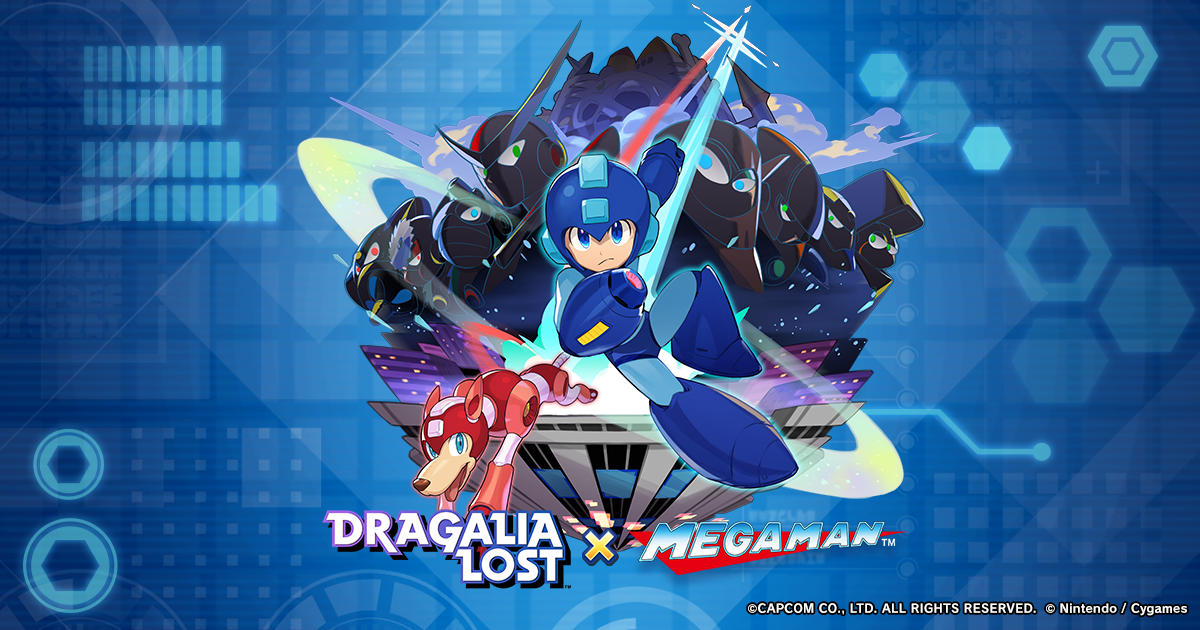 The Mega Man: Chaos Protocol event starts at 10 PM PT on 11/28! We’ve released a special website to get ready for the event. The website features an overview of the event, and some exciting extras, so be sure to check it out!

Mega Man has arrived in the world of Dragalia Lost! His old-school animations have been faithfully recreated, including the Mega Buster and Charge Shot! Max out your friendship to add Mega Man to your team!

We will introduce a new weapon skin feature, which will allow you to change the appearance of your equipped weapon to that of another weapon you have obtained before.

Changing your weapon’s appearance using the weapon skin feature will not affect the weapon’s stats, skills, or abilities.

Additionally, you will only be able to change your weapon to look like another of the same weapon type.

Lastly, we plan to make it possible to disable the weapon skin feature on the co-op room screen from the Game tab under Options.

We are adding an auto-repeat feature, which will allow you to automatically replay certain quests.

To be able to auto-repeat a quest, you must first complete all three quest endeavors.

You can set it to repeat until all stamina is consumed or to repeat a pre-set number of times, and can toggle the auto-repeat feature on and off during the quest.

For more information, see the Quests section under Help after the update.

Note: The auto-repeat feature unlocks after clearing Chapter 1 / 4-2 (Normal) of the main campaign.

In version 1.14.0, we will change the position of some buttons on the Home page, such as the Quests and More buttons.

You will also be able to hide the UI on the Home page so that you can enjoy watching the adventurers and backgrounds.

Four Heroes from the Fire Emblem: The Binding Blade game have appeared as part of the New Heroes: Guardians of Peace summoning event! Thórr makes an appearance in Xenologue 5: Heavenly Witness, and there’s a Log-In Bonus where you can get up to 13 Orbs.