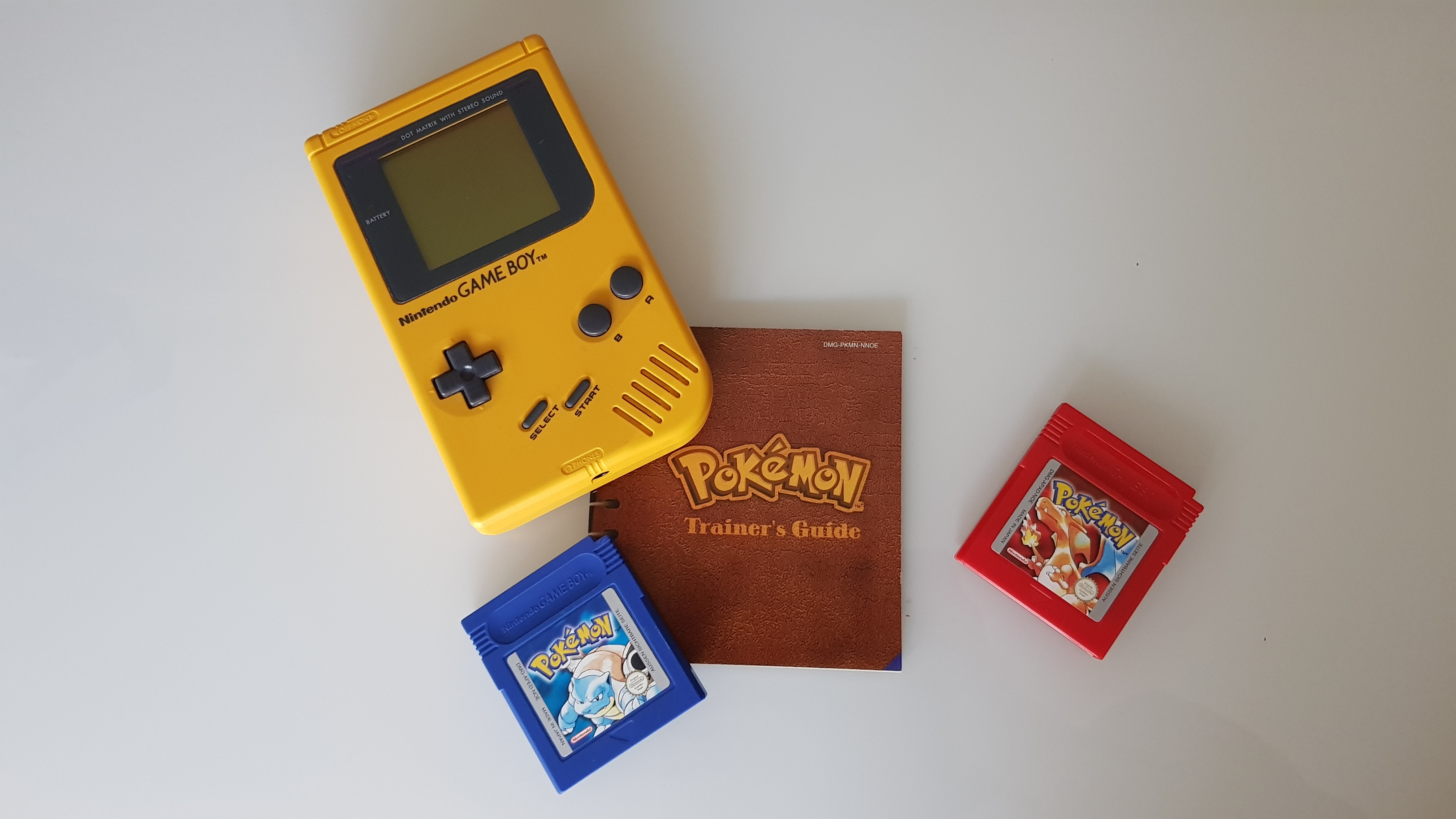 Welcome back to my weekly column! Thanks for sticking with me so far, it has been two months now! Before I start with the article for week 4, let me explain what the hell I am doing here since this will be a returning topic for my column.

Basically, what I was thinking when talking about video games every week in English and in German, I thought I could do some reviews on games that I used to love as a child. Maybe some sort of a revisit or just remembering the good old days. Don’t you know that feeling when you have such fond memories of a game you played years back?

I do and I also thought why not talking about them here once a month. Maybe, if I can spare the time, I will replay old games again and talk about my experience and if they did age well – or not.

One game franchise that is getting a new addition to the family this week is Pokémon. Enough reason for me to pick this as a game I want to talk about and – even though there are many generations past the one I will highlight today – see what I remember so far.

The first Pokémon there was released in 1999 in Germany. The Pokémon Red Version and Pokémon Blue Version hit the shelves in Germany when I was eleven years old. My mother gave me my yellow (my favorite colour back then!) Game Boy way before that release date, so I could play on vacation and following up my passion for video games. Good times.

… Maybe I will go out and play it on the subway one day. Did you have a #Gameboy as well and what color did you own? pic.twitter.com/SwEwY7BwqT

I do not remember if I was really getting the edition on release day, but I loved to watch the Pokémon anime every day after school. It was so much fun to see Ash and his stubborn Pikachu go on a journey together. Kids being kids, I sometimes wished that Pokémon would come to life one day and I could do the same Ketchum was doing for so many years. Yeah, I know, but let a little girl dream her dream!

Oh, by the way, congratulations of becoming a Pokémon Master, Ash! Honestly never would have thought you’d do it one day… I honestly did grow up, that snarky comment just proved my point. But seriously, Ash was a good trainer all along and more mature and reasonable than adults for his ten years.

So, watching the anime, I became familiar with the whole world around Pokémon and what kind of creatures exist. Little Jen back then never would have dreamt about being able to go on her journey very soon herself on her Game Boy. Not in real life what she ever wanted but getting closer to that!

One Pokémon that stood out for me besides the obvious friend of our protagonist was named Shiggy in German. The English name of that little turtle is Squirtle. The funny, brave and sometimes mischievous one in the starter team was always lifting my spirits whenever it was on the show. Him being in a gang named the “Squirtle Squad” was a funny take in my opinion.

That is why my mind was set on that water starter, if I could pick it one day for myself. That’s what I thought back then when watching the episode.

Ash would have made the same choice as I did… If he wasn’t late that day. Thankfully, my character had the full choice of all three starters in the game, so I could take the Pokémon I actually wanted.

Little did I know that I am, unlike Ash, able to catch the other starters along my journey. But back on that later.

Engaging Pokémon out in the wild would be a dream coming to life!

Owning a TON of merchandise of the franchise already, I was over the moon having the game. I was so confident in the whole universe around Pikachu and all the others, it never crossed my mind for it to disappoint.
And it did not.

I never hesitated as soon as I saw that evolution of Squirtle, Blastoise, on the cover of Pokémon’s Blue Version. Years later I learned that they had a Green and Red version in Japan which made more sense to me. The fact that they did not release all three editions for every starter Pokémon always occurred to me as odd, but they were probably planning ahead of its time for following up generations already.

Still, taking the number 1 starter (Bulbasaur) and the following up (Charmander) made more sense than Charmander and, despite being my favorite, Squirtle in Germany.

Finally being able to take on my Pokémon journey, I was happily playing for hours and had fun discovering new monsters that I tried to catch. By the first day, I almost made it to the second badge there was in the game and defeated Misty.

The repertoire of attacks was more than just bland in the first hours, but nonetheless I had fun and simply could not put the game down. My cousin, she is exactly one month older than me, shared my passion for Pokémon on a similar level (yeah, I was the bigger nerd, though), so we met up on a regular basis to play outside, but also to fight against each other’s teams.

I did mind grinding back then, but it felt easy and not like a chore in Pokémon alongside with my Squirtle. Gaining a new attack or even evolution was worth it. And my spur to beat my cousin…

Every. Single. Time.
(Poor her, I never let her win. I was a horrible child. I blame it of me having no siblings around.
Always a good excuse, yes yes.)

After the grinding is done and you get a little bit of variation in your attack set, you could tie a bit of more of strategy into your games, but, compared to later games, Pokémon Red and Blue (as well as Yellow) were rather simple. It still surprises me how much you can do in the Pokémon titles that goes beyond catching and leveling up your team.

One way to level up is to duel against other trainer. Fighting against people you know is easy nowadays. The only thing you need is a stable internet connection. Back then, you had to use a link cable. Of course, trading and fighting against each other, my cousin and I owned such a cable ourselves.

That was our only chance to own all three starters in the game, though.

Which one did you pick?

Like I said earlier, I had no idea that catching Charmander, Bulbasaur or Squirtle was impossible. I knew there were some differences between the two editions because without them there would be no point at all in having two versions. As I realized back then that I won’t get either Bulbasaur or Charmander, my cousin and I came up with a plan: we need to gain and trade it somehow.

How you ask? Don’t forget I was an being an only child and nagging my mother always helped me getting things I normally wouldn’t have.

Well… I was often a brat, but my mother and I split costs 50:50 on the second Pokémon game. So, a few weeks later, I was happily returning from the store with the red edition of the first Pokémon generation! The hours meeting with my cousin to trade for the other starters was taking forever, I tell you!

As much as I would have loved to show you a (badly taken) picture of my Game Boy screen, the battery for both editions had run out. Since I replaced my broken left Joy-Con on my Nintendo Switch (going to do an article about that, too), I might try and switch out the batteries on my Pokémon editions as well and I can post that on my Twitter or even do another weekly column about it. We’ll see about that.

Me reminiscing about my journey through the Kanto region of Pokémon has brought back so many memories and I would have loved to play it and take an in-depth review of it. I’ll investigate it in the future. I guess it would be fun.

One thing I remember back then that was only natural and understandable, was me running out of opponents in the game. With only my cousin playing Pokémon (she was the only one out of my whole big family since only a few owned a Game Boy or the boys being busy playing soccer), the trainers in Kanto were soon defeated and, apparently, shaking when I only set a foot towards them.

They refused a rematch. No matter how often I was talking to them. Phew. Talk about someone being more stubborn than I was back then. But like I said, totally reasonable and was changed in later games.

Without keeping this any longer and longer, let’s wrap this up for this week. Did you like the idea? I sure do hope so! Pokémon is a difficult topic to discuss and, in my opinion, even gets harder and harder since there are so many various opinions from gamers out there with every change or new generation Game Freak attempts. Nonetheless one of the best and the most successful franchise out there. Pokémon aged well – and probably ever will, even though some titles are more “weaker” than others.

Will you get Pokémon Sword and Shield? I sure will! Check out my Twitter to find more updates!

Next week’s segment: Dodging spoilers on social media for Sword & Shield like a Ninja