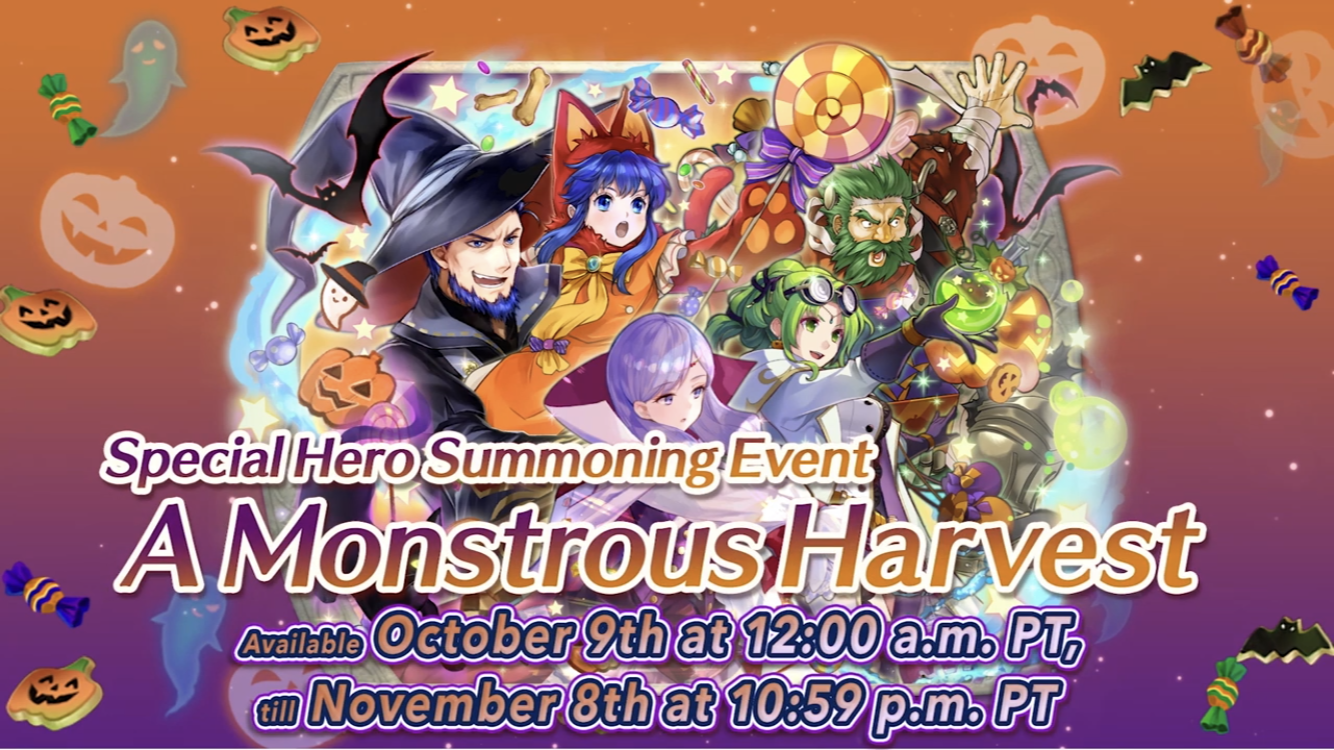 As the first Anniversary festivities move forward, the director of Dragalia Lost has given us a brand new look at What’s Ahead for the game this October. From the games upcoming Mega Man Collaboration, new difficulties for Advanced Dragon Trials, and a Halloween Rerun, there’s a ton for Dragalia Lost players to look forward to!

Next up, the director of Dragalia Lost outlined the upcoming event schedule for the month of October. This includes the current Fractured Futures raid event and summon showcase alongside a rerun of Halloween later this month.

Next up, Fire Emblem Heroes Players we’re given a surprise Feh Channel presentation this week! From Harvest festivities, new costumed units, a new gamemode, even to the introduction of a Duo unit, Fire Emblem Heroes fans have a lot to look forward to in the month of October.

To kick things off new units are arriving in a Special Hero Summoning Event: A Monstrous Harvest! Introducing L’Arachel: Harvest Princess, Dozla: Harvest Attendant, Ilyana: Treat Harvester, & Hector: Dressed-Up Duo will all be available. A special unit will be available in the upcoming Tempest Trials event.

It’s now time to celebrate the Harvest Festival! Special bonuses will be taking place for the duration of the event such as log-in bonuses, 2x Experience, special quests, and more.

Finally, the Feh Channel presentation wrapped up with the inclusion of a new gamemode dubbed Hall of Forms.