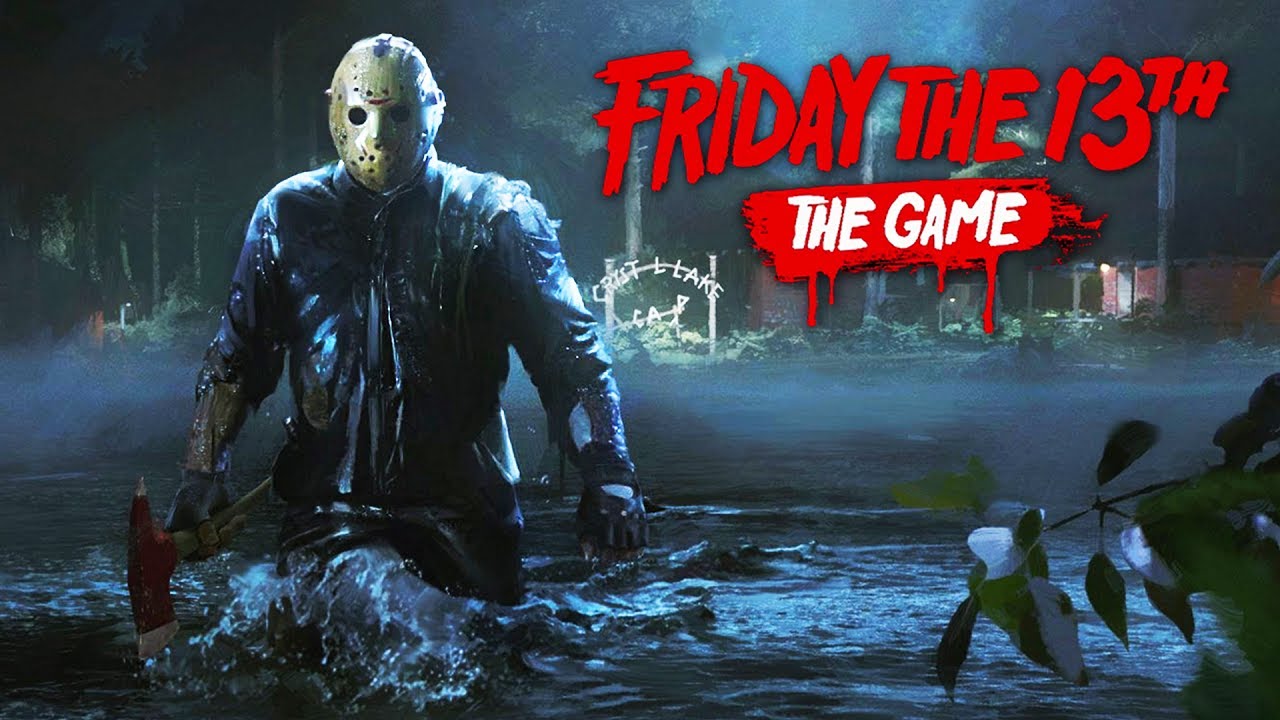 Friday the 13th: The Game is developed by Black Tower Studios and published by Gun Media. The game is based on the franchise of the same name. It first released on May 26th, 2017, for Windows, Playstation 4 and Xbox One. It was brought onto the Nintendo Switch August 13th, 2019, two years after the original release.

Though there’s no story, mainly because of its multiplayer-focused gameplay, the title is based on the classic films of Friday the 13th. Basically, Jason Voorhees is out for revenge by hunting down and massacring some high-school teenagers camping at Camp Crystal Lake.

The main focus of Friday the 13th: The Game (which will be referred to as F13th from now on) is being a multiplayer game. Though there is single-player offline content, you’ll have a better time playing with the multiplayer. Having said that, F13th has one player controlling Jason Voorhees, while the rest play as the counselors. Jason’s goal is to brutally murder his prey, while the counselors attempt to survive the night. Both characters act very different from one another; while Jason is all about going headfirst into battle, the counselors require a more stealthy approach to the current situation, analyzing the best way to make it out alive.

Jason is a tank, an unstoppable beast going on a murderous rampage taking out the terrified counselors one by one. There’s a lot of fun to be had when creeping up on other players, throwing them a few knives to the leg, grabbing them by the neck and ending it off by slicing their heads off with an axe. However, Jason isn’t invincible; there is a way of killing him, but the process is long and tedious, and not really worth attempting in a real match. Jason’s can use both knives to throw at players, as well as set bear traps to catch unaware counselors.

Jason has multiple abilities and tools in his arsenal to hunt. ’Morph’ allows him to teleport around the map, ‘Sense’ allows you to see players’ locations based on their fear and noise, ‘Shift’ lets you move fast in short bursts, and ‘Stalk’ makes you go invisible and silently hunt down your prey. ‘Rage’ mode enhances all your strengths and temporarily makes you an impenetrable killing machine. Aside from ‘Morph’, abilities unlock over time, and they each have a cooldown time.

There are a few ways to kill. Grab kills which are stylish unlockable techniques to execute your opponent in the most efficient way possible, while Context kills have you using the environment around you. Additionally, Jason can destroy windows, doors, electrical boxes and certain walls, all of which has benefits for slaughtering.

Unlike Jason who feels like a deadly force not to be reckoned with, when playing as a counselor you play in a defensive stance, being as sneaky and as agile as possible. You know you’re fragile, easy to be hunted and killed; you need to make the most with your time. There’s a handful of ways to escape Jason, though most of the tasks are easier if you have a partner or two to help out. You can survive the round, repair and drive either a car or a boat to the exit, call the police and scurry to them as soon as they arrive or attempt the near-impossible task of killing Jason.

Fear is a prominent feature for the counselors, the more terrified they are, the more likely it is to be exposed to Jason. Fear can come in a variety of ways, by looking at Jason, finding a dead body, etc. Counselors also have limited, rechargeable stamina as well as a small inventory to hold items. There’s also a wide variety of weapons, each one having different effects when used against Jason.

Fans of the Friday the 13th franchise might have heard of Tommy Jarvis, a hunter ready to help his allies and take a shot head-on at Jason. Being the strongest character in the game, Tommy wields a shotgun and has buffed stamina and health, as well as improved stats. He can be called once into the match with a CB Radio, and a dead or escaped ally takes control of him. His stat advantage does make him stronger, but not invincible, he can be killed.

F13th has much more to offer in its package than meets the eye. Sure, you can go through your entire playthrough sticking solely to the online modes, but for those that look into the single-player offline content will notice there’s a lot more the game has to offer.

As for modes, you have ‘Quick Play’, ‘Private Matches’ and ‘Join Friends’; all of which are pretty self-explanatory. There’s also a ‘How to Play’, a handy place to learn everything the game has to offer, and a few tips and tricks that aren’t apparent at first sight. I’d definitely recommend looking into it whenever possible to learn more about the game’s mechanics.

‘Offline Play’ is a match against offline bots, Challenges (ten Story Mode challenges, each with a different objective and cutscene. Playing here unlocks emotes and cosmetics, as well as Special Cinematic Kills, death animations exclusive to this mode) and finally Virtual Cabin (a museum that shows off the history of the franchise as a whole).

Players can also customize both characters by leveling up and gaining CP, the game’s in-game currency. For the counselors, you can choose who to play as, each with unique stats and abilities. You can also add perks, change clothing, see emotes and check their stats. As for Jason, you can pick a Jason from one of their movies, customize grab kills, choose a weapon and check strengths and weaknesses.

Finally, there’s ‘Progression’, where you can check out Badges, look at Pamela and Tommy tapes. These tapes can be found in-game, and they narrate a background story on the characters and the lore. They are considered rare, and a nice little collectible.

The sound design is simply fantastic. The soundtrack gives a certain vibe of terror, especially when the music gets louder whenever Jason is near. You can also hear the iconic “Ki Ki Ki Ma Ma Ma” from time to time, as well as screams of your fellow teammates getting brutally murdered in the background. Whenever I was a counselor, I was in absolute terror when encountering Jason and watching him chase me down, especially because of the sound effects.

Visuals are a mixed bag of good and bad; though the world itself can look pretty okay, character models look messy and unpolished. F13th is a pretty dark game, it’s really tough to see certain parts of the terrain or floor loot.

Graphically, the Nintendo Switch version doesn’t look terrible, textures aren’t washed out and the frame rate is consistent. Though the other consoles and PC version have never looked that great to begin with, the Switch holds up when compared to the other versions.

F13th doesn’t do a good job of telling newcomers what to do, so unless you check out the ‘How to Play’, it’s a wild guess on what the objective is. Customization is rather limited and locked behind the in-game leveling system, but there’s no real purpose to leveling up. Each character can be given abilities, with the opportunity to reroll abilities which can change up the game. When entering a match, a player is randomly picked to play as Jason. This can be an issue since some players don’t know how to play, it’s a gamble on who ends up playing as who.

F13th can be a pretty glitchy game, and the occurrence of it is totally random. These glitches aren’t game-breaking, mostly visual glitches, but they’re present either way. One noticeable, recurring glitch, however, is when joining a friend that’s in a full lobby. The game bugs out and blocks you from joining any other match after that, the only fix available is resetting the game from the home menu.

Friday the 13th: The Game Ultimate Slasher Edition is a love letter to the franchise it’s inspired by. Though messy in certain aspects, it’s an overall solid game to play. It’s scary, intense, and very gory.