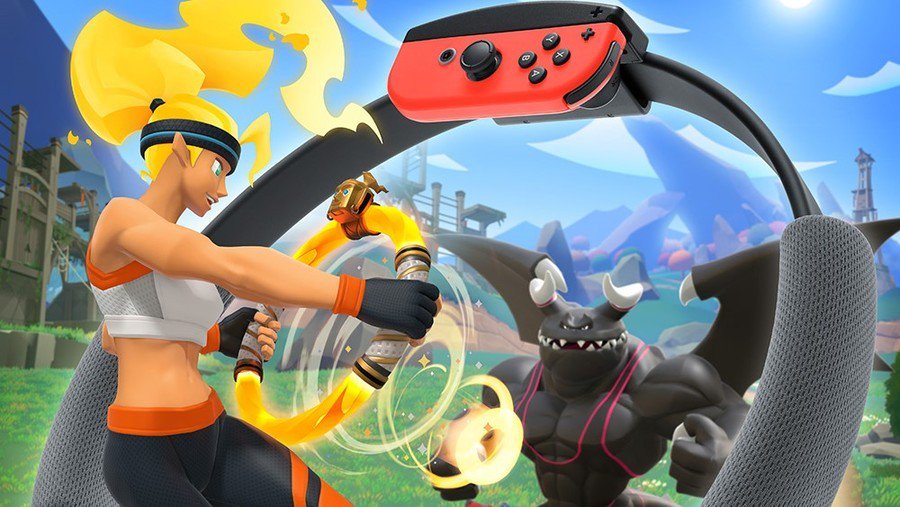 Wow, is it Friday already? Well, I guess it is time for our Weekly News Round-Up. Nintendo has been particularly busy this week with a few announcements of their own. They started off the week with an announcement that they are launching a new website that will serve as a directory of sorts for Super Smash Bros. Ultimate Tournaments in Europe. They then followed up with a special presentation for a new fitness peripheral called the “Ring-Con & Leg Strap.” These are to be used in a game that will release on October 18th titled Ring Fit Adventure. It combines fitness with video games by using exercise techniques to defeat enemies and traverse the colorful world.

Nintendo of Europe have opened up a new portal on their website that will allow players to find Super Smash Bros. Ultimate Tournaments in Europe. Event organizers will also be able to share details about their own tournaments onto the site so anyone interested can check them out and participate.

Here is a general overview from the official announcement:

Super Smash Bros. Ultimate players of all skill levels can head over to Nintendo of Europe’s new Super Smash Bros. Ultimate Tournament Portal to find out how they can participate in tournaments happening all over Europe. Attending local tournaments is about much more than simply winning or losing: it’s a great way for players to meet other competitors, improve their skills, and enjoy fun competitive multiplayer.

Last week Nintendo teased what looked like a new peripheral for the Nintendo Switch. It used the Joy-Con in a kind of hula-hoop and leg strap. They have officially announced that this is called the Ring-Con and is to be used with their upcoming game. Ring Fit Adventure. It combines fitness with videogames and gets players stretching and jogging in order to explore an adventurous world and defeat enemies. The Ring-Con comes bundles with the leg strap and the Ring Fit Adventure game. It will release on October 18th, 2019.

We have the offical overview and the presentation trailer below.

In Ring Fit Adventure, players explore an expansive world, battling enemies along the way using real-life fitness exercises. The new Ring-Con and Leg Strap accessories that are included with the game detect and measure the player’s real-world movements and turn them into in-game actions, like jogging in place to move your character through the world using the attached Leg Strap, or squeezing the Ring-Con and turning that strength exercise into a powerful attack. By playing the game daily, players regularly work out various parts of their bodies. With additional mini-games and workout routines, Ring Fit Adventure is a fun experience for players of various skill levels and lifestyles.

“It’s in Nintendo’s DNA to keep thinking of new ways to entertain players and put smiles on their faces, and Ring Fit Adventure for Nintendo Switch is a new kind of game where fitness meets adventure,” said Stephan Bole, Nintendo of Europe President. “I hope that once players hold the Ring-Con, put on the Leg Strap and start playing for themselves, they’ll be immersed in a journey that will keep them motivated to come back and have fun exercising every day.”

Ring Fit Adventure turns a typical adventure game on its head as players squat, press and flex their way through challenges designed for a wide range of body types and levels of fitness experience. To play the game, players attach the Joy-Con controllers from their Nintendo Switch system to the included accessories – one to the Ring-Con and one to the Leg Strap. The Leg Strap is attached to the player’s upper left leg, while the Ring-Con is held in both hands. The Ring-Con is a flexible electronic device that provides resistance, and features a sensor that detects exertion and reacts to changes. Ring Fit Adventure can be tailored to the player’s level of skill, so even if players don’t have experience with fitness, they can adjust the exercise intensity to suit their ability. This will let them continue every day at an activity level that’s comfortable for them.

The Adventure mode featured in Ring Fit Adventure takes place in a colourful world where adventure meets fitness. To travel through more than 20 different worlds in the game, players jog in place to move forward, using the Ring-Con accessory to perform different in-game actions, like jumping, hovering in mid-air, or steering a raft on a river. Along the way, enemies will appear, ready for battle. Players can attack and defend using more than 40 Fit Skills, which are exercise moves divided into arms, abs, legs and yoga categories. The game provides direction to players about how to perform the exercise correctly, with proper form and posture dealing more damage to enemies. Every action that the player performs in-game will earn experience for their in-game character, with level-ups boosting stats and unlocking new Fit Skills that can be used in battle. Adventure mode is designed as a natural way to motivate players to keep playing and exercising regularly, progressing through the game world while also levelling up their real-world fitness.

The Super Nintendo World park is set to open at Universal Studios Japan in Spring next year. The park will open with what looks to be two rides. One is based on Mario Kart and the other is Yoshi themed. Attendees to the park will be given a special magnetic red wristband that also comes with some score-keeping ability to log your progress as you visit different “levels” around the park. It is also to have some kind of integration compatibility with the Nintendo Switch as well.

During an interview with Jessica Jean Reif Cohen of Bank of America Merrill Lynch, Universal Parks & Resorts Chaiman and CEO Tom Williams revealed these new details that we mentioned above as well as the park having themes for Bowser, and Princess Peach’s Castle.

Below is an extract of the exchange between Jessica Jean Reif Cohen and Tom Williams. If you would like to see the full transcript, you can find it at Seeking Alpha. You will have to be registered to the site to see the full interview but you can sign in with a google account for free (At least you can during the time this article was published).

Jessica Jean Reif Cohen: So in 2015, you signed a partnership with Nintendo and as you said before, this will be the first park to open a Super Nintendo World. I think the plan is to open in time for the 2020 Olympics in Tokyo. The total cost has been reported at between $350 million and $550 million. Are you on track for that opening? Are there any details you can provide on that?

Tom Williams: We are going to open up next spring. It’s a whole new separate area of the park. It’s got food. It’s got merchandise. The first phase will have two rides, Super Mario Kart Ride and as well as Yoshi’s Adventures. Yoshi is one of the other Nintendo characters. There will be two rides. The whole land is interactive. And you are going to have a wristband that’s got the big red Mario symbol on it.

By the way, the wristband is super cool. It’s all magnetic. You slap it at your wrist and it just snaps on and it won’t come off. And that allows you to, on an interactive basis throughout the entire land which is built on three different levels. It’s got all the popular Bowser’s deal and Princess Peach’s Castle and all the different key elements. And you will be able to go up and keep score and play with the various games and that also translates to a score keeping capability, if you choose to do so within the rides and it actually interfaces back with your game console. So you can build on it and come back again and really got everything going for it.

Jessica Jean Reif Cohen: So what are the plans to take Nintendo to your other parks, Florida and –?

Tom Williams: We are taking it everywhere. Any place we are not going to start round one is in Beijing. There is a tension between the Japanese products in China.

Super Smash Bros. Ultimate took home 5 awards from the Japan Game Awards. One of which being the most prestigious of them all, the Minister of economy, Trade and Industry Award. Masahiro Sakura also won an award for Best Game Designer. Sakurai gave a heartfelt acceptance speach and revealed that it was the Late president of Nintendo, Satoru Iwata’s last mission to Sakurai to make Smash Bros for the Nintendo Switch. In turn, Sakurai poured every ounce of energy and soul to make it the best Smash Bros. game it could possibly be.

Sakurai’s quote was tweeted by @naetoru60 on Twitter. The Tweet has been translated by @PushDustin and reads as follows:

I’m sorry for bringing up this personal story at a time like this…but making Smash Bros on the Switch was the last mission the late Satoru Iwata gave to me….I’ve put my all into the game, and with more DLC I will continue to work hard.

Sakurai at Game Awards:
I'm sorry for bringing up this personal story at a time like this…but making Smash Bros on the Switch was the last mission the late Satoru Iwata gave to me….I've put my all into the game, and with more DLC I will continue to work hard. https://t.co/cH3SxcN05Y

Well, that is all for this week’s round-up. We shall have another round-up of news for you next week.