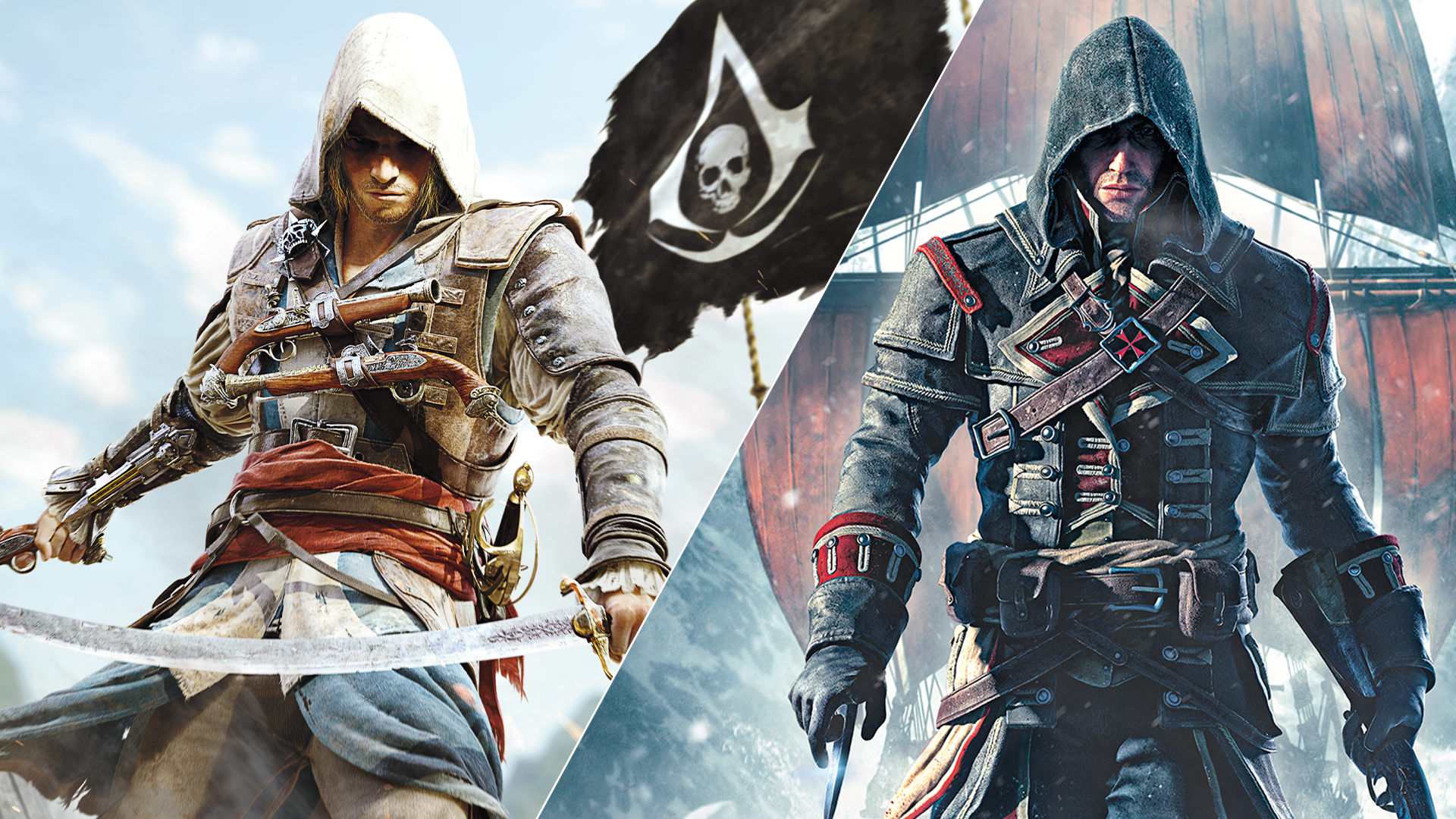 You can check out the Box Art and the fact sheet below.

About Assassin’s Creed® IV: Black Flag:
BECOME THE MOST FEARED PIRATE IN THE CARIBBEAN – Become Edward Kenway, a charismatic yet brutal pirate captain, trained by Assassins. Stand amongst legendary names such as Blackbeard and Calico Jack as you relive the truly explosive events that defined the Golden Age of Piracy.
About Assassin’s Creed® Rogue:
BECOME THE ULTIMATE ASSASSIN HUNTER- Experience the Assassin’s Creed universe from the perspective of a Templar for the first time. Play as Shay, who, in addition to the deadly skills of a Master Assassin, also possesses never-before-seen skills and weapons.

Assassin’s Creed® IV: Black Flag:
AN AWARD-WINNING NAVAL EXPERIENCE – Command your ship, the Jackdaw, and strike fear in all who see her. Plunder and pillage to upgrade the Jackdaw with ammunition and equipment needed to fight off enemy ships. Attack and seamlessly board massive galleons, recruit sailors to join your crew, and embark on an epic and infamous adventure.
AN OPEN WORLD FILLED WITH OPPORTUNITIES – From Kingston to Nassau, explore over 75 unique locations where you can live the life of a pirate. Hunt rare animals in untamed jungles, assassinate Templars in blossoming cities, escape to hidden coves, and search for treasure among lost ruins and underwater shipwrecks.

Assassin’s Creed® Rogue:
SLOWLY DESCEND INTO DARKNESS – Witness Shay’s transformation from an adventurous Assassin to a grim and committed Templar willing to hunt down his former brothers. Constantly assess your surroundings, and be ready to detect and defend yourself from Assassins hiding in the shadows with your deadly air rifle.
CAST OFF INTO THE ICY SEAS- Discover a fully recreated 18th Century New York City before fighting your way through the North Atlantic and the narrow waters of America’s river valleys at the wheel of your ship. Assassin’s Creed Rogue builds on the award-winning naval experience from Assassin’s Creed IV Black Flag with all-new gameplay, weapons, and enemy tactics.