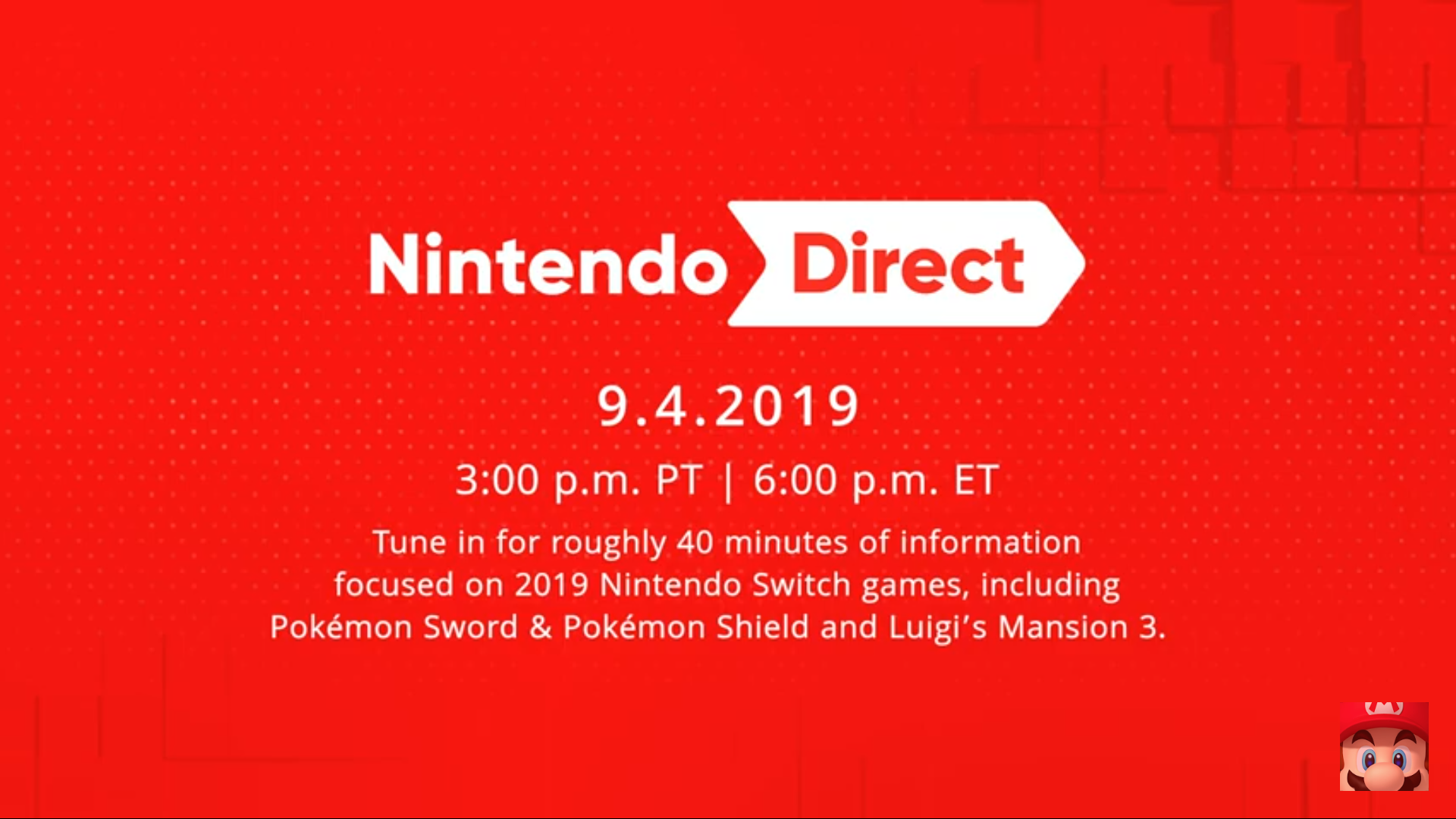 Wahey Folks! With another Nintendo Direct over, it means it is time another recap, as we go over what we have learned from Nintendo’s latest video presentation. Aside from what was already confirmed like Luigi’s Mansion 3 and Pokémon Sword & Pokémon Shield footage, we also got a look at plenty of other stuff as well.

Most notably, Overwatch being confirmed for Switch, as well as Assassin’s Creed: The Rebel Collection. Animal Crossing: New Horizons Gameplay was shown and a look at the game’s features. Tokyo Mirage Sessions #FE Encore was announced for Switch and Xenoblade Chronicles Definitive Edition is planned for 2020. You can find out all the information from the Nintendo Direct below.

REDMOND, Wash., Sept. 4, 2019 – During a packed Nintendo Direct video presentation, Nintendo announced many new games coming to the Nintendo Switch system, including Blizzard’s mega-hit game Overwatch Legendary Edition, as well as games launching today like Divinity: Original Sin 2 – Definitive Edition. Nintendo also provided new details about previously announced upcoming games, like The Legend of Zelda: Link’s Awakening, Luigi’s Mansion 3, Pokémon Sword and Pokémon Shield.
Other highlights of the Nintendo Direct presentation include the introduction of Terry Bogard from the Fatal Fury series as the fourth playable DLC fighter in the Super Smash Bros. Ultimate game coming in November, the reveal of classic Super NES games coming to the Nintendo Switch Online service and the announcement of beloved games like Return of the Obra Dinn, Tokyo Mirage Sessions #FE and the definitive version of the original Xenoblade Chronicles all making their way to Nintendo Switch
“Nintendo has been delivering new content for Nintendo Switch all year long, and that cadence will continue through 2019 and into the new year,” said Nintendo of America Senior Vice President of Sales and Marketing Nick Chavez. “Nintendo Switch owners can play what they want, when they want, with a huge library of games for all types of players.
To view the Nintendo Direct video in its entirety, visit https://www.nintendo.com/nintendo-direct. Some of the highlights revealed in the video include: