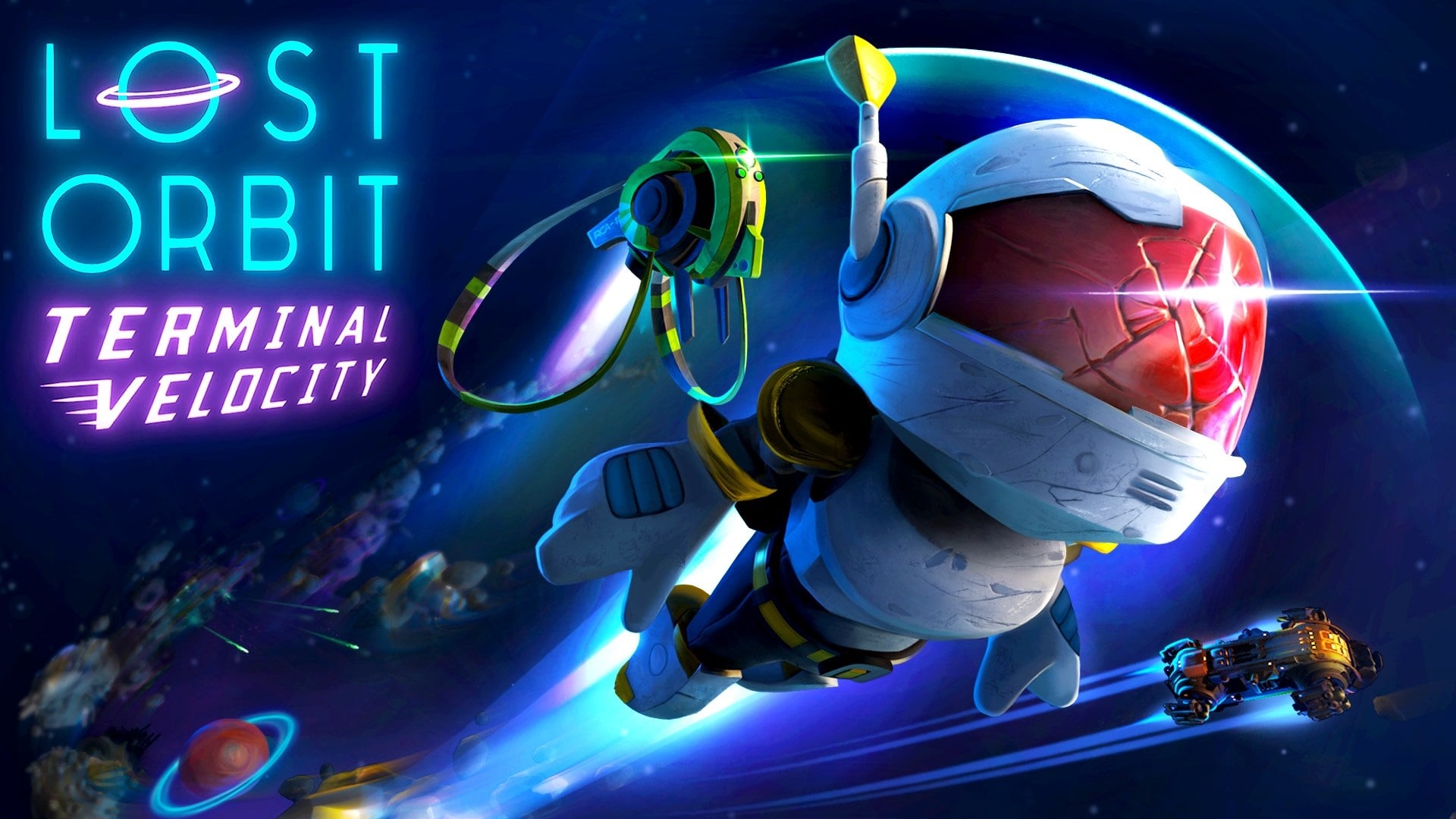 LOST ORBIT: Terminal Velocity originally released under the name LOST ORBIT on STEAM back in May, 2015. It was developed by indie developers PixelNAUTS and received positive reviews for its gameplay and story.

The original game came with 4 worlds or ‘Systems’ and 40 levels to play. The Definitive Edition recently saw release on Nintendo Switch, STEAM and PS4 under the new name LOST ORBIT: Terminal Velocity and packed with extra content.

LOST ORBIT: Terminal Velocity follows a lowly maintenance worker named Harrison. He was repairing a communication relay when all of a sudden, his ship was destroyed. Stranded in the depths of space, his fate looking bleak and 5 systems away from home, the lone astronaut maintains hope that he will make his way back to civilization or die trying.

Though Harrison is the main hero of the story, he is not the one narrating it. A wandering droid who happened to be observing Harrison from a distance tells the story of the hapless Astronaut. The droid becomes curious of Harrison’s determination to make it back home even though the odds are greatly stacked against him and decides to stay with him until the end, whatever the outcome.

It is actually quite a gripping tale of humanity’s natural instinct of survival. Harrison had a mundane upbringing. He didn’t do crazy things or break rules. The only outlandish thing he did was probably the job he was actually doing, repairing comm relays in deep space. With certain death looming over him, he decides that if he was going to die, he would make it count and will enjoy his last moments of life, no matter how dire.

LOST ORBIT: Terminal Velocity is described as a “Dodge ’em Up”, which is just as well as it doesn’t really fit into any other genre. You take control of Harrison and must glide him around the many perilous obstacles in his way and reach the end of each level.

You can navigate Harrison by using the left Joystick and boosting by pressing “A”. You only have a limited boost but it can be refilled by orbiting planets or reaching checkpoints. When closing in on a planet, it is important to stop using the boost as you could end up crashing directly into the planet instead of circling around it. Once you are orbiting the planet, you can boost around it and release yourself from its gravitational pull by releasing “A”.

Pretty much anything can kill you, especially if you are boosting so you do have to be careful. There is an achievement system in place for those that want to get the best time and as few deaths as possible. It is a bit high-risk, high-reward though and while you can be rewarded more Obtainium for getting a better rank, you can still muster through and enjoy a slower pace all the same.

From Asteroids to Space Pirates, pretty much anything can kill you and turn you into a gloopy mess with your skeleton lifelessly drifting through space. You have to carefully navigate your way through the many kinds of dangers that will end you in a single touch. When you die, you will be given a choice to respawn at the last Checkpoint or at the beginning of the level.

As wells as obstacles to avoid, there are some objects that you can take advantage of. There are ramps to boost you over asteroid walls, black holes to warp you to other points and water planets to catch you and allow you a make a new trajectory.

There are 5 systems and 50 levels to play through, each level taking a few minutes to play, longer if you keep dying as the difficulty gets harder and harder. There is also a Challenge Mode with an extra 15 levels to really test your mettle. These are much more tasking than the main campaign levels and may require you to upgrade your equipment first before attempting again,

There is also a Time Trial mode for players to replay previous levels and improve upon their best times. There is no Obtainium to collect, allowing players to focus on getting to the end of the level as quickly as possible. If connected to the internet, the world’s best time will also be displayed after completing a level to show if you beating the current record or not.

There is also an upgrade system that allows players to activate a number of power-ups like Bomb, Barrel Roll or Power boost. you can also improve your standard boost consumption to last longer or help Harrison go faster. You will need Obtanium in order to purchase upgrades and the next stage of the upgrade gets more expensive every time.

LOST ORBIT: Terminal Velocity has quite an emotional soundtrack. It can be both calming and exciting. The main menus have a very gentle, soothing background track that is very relaxing to listen to. When playing through levels though, it takes a contrasting turn and ramps it up to sci-fi action potential.

The game’s sound effects also maintain a very sci-fi feel, with plenty of whooshes and pew-pews. The one sound that I will never forget though, is when poor Harrison flies into the side of an obstacle like a fly on a windshield, Squish! That has forever been cemented into my memory.

When it comes to visuals, it is hard to knock them for LOST ORBIT: Terminal Velocity. A lot of attention was paid to every little detail, though everything normally zips by you so fast, you don’t really get a chance to really check out the finer details.

Upon death though, you do get a close-up pan and can see the craters on the planets, the ridges alongside the asteroids, and the juddering leg of your poor astronaut has become “one” with an obstacle, complete with splattering blood effects on the screen.

Performance is actually quite solid as well. I had no issues with frame rate or resolution issues. The Steam version did have a number of problems with running on different hardware devices but special attention has been made so that the game runs fluidly on the Nintendo Switch.

I must admit, I wasn’t super keen on LOST ORBIT: Terminal Velocity when I first looked at it. I am not a huge shoot ’em up fan but I do play them from time to time. The thought of not even being able to shoot back at enemies did not help change my initial thoughts for this game.

I took the chance on this game but I still wasn’t won over by the gameplay. Don’t get me wrong, the gameplay is actually quite fun and isn’t about mindless violence or wanton destruction.

However, it just wasn’t enough to drive me to keep playing. I found the story did a much better job in keeping my attention and was rather compelling. I wanted Harrison to make it back home as he flew through deep space against all odds.

LOST ORBIT: Terminal Velocity is a compelling story of a lone astronaut up against the odds. The music is energetic, the gameplay can be as fast-paced or as slow going as you like. A nice change of pace from the typical shoot ’em ups.