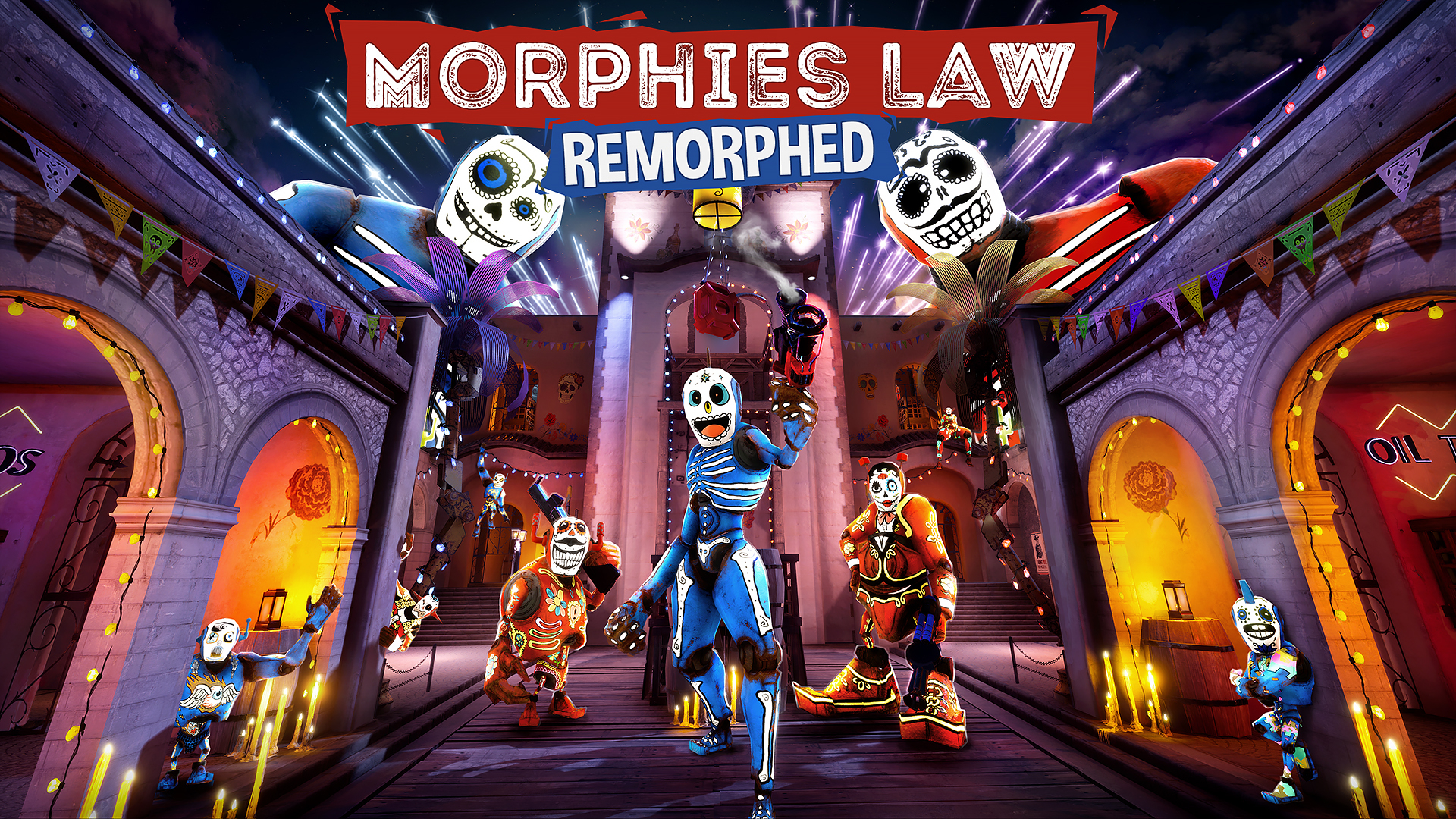 Morphies Law: Remorphed has released on Switch and boasts a whole new set of improvements to gameplay. For those that have the original game, they can download the Remorphed version for free. Crossplay between the Switch and Steam version has also been enabled. One particular feature that has been added is the Jetpack-like Buttrockets to help you scale over high obstacles.

You can find out more in the official announcement below, including Key Features and a Remorphed trailer.

Lyss, Switzerland, July 30, 2019 — Independent developers Cosmoscope GmbH have released their mass-based shooter Morphies Law on Steam. This tremendous launch also comes with a massive sweep of gameplay changes to the Nintendo Switch version, completely free to owners of Morphies Law. Chief among these are a huge upgrade with dedicated servers and the addition of crossplay between the Steam and Switch version. Finally, Fartnight, a new style of online demo with a strange twist, lets you unlock the features you want from the full game and leave the others behind. Morphies Law is a fun, witty team-based shooter where players fight in a variety of modes centered around a mechanic where size matters, and you gain it by shooting your foes.

With the Remorphed version, players will be treated at launch to eight maps, four modes and seventy seven weapon combinations, and a wide overhaul of powers to all versions of the game. The servers have also been updated to handle over 50,000 concurrent players with hubs located all around the world. Quite a few features have also been added like extra customization categories and a Morphie View that lets you check them out in detail after a match. In the Musical Lobby between matches, players can even select an instrument to rock out with, adding even more personality to their custom Morphie.

Also new to the Remorphed version is the Fartnight Demo, available on PC. This revolutionary new model let players unlock Morphies Law piecemeal as they try it out. You can play almost everything for free but there’s a catch: after 30 minutes the games’ sounds will get swapped with a playful, flatulent audio. Tokens can be purchased that restore the original sounds and other features until every feature in the full game is available. Don’t need offline play? Skip it. Like the fart sounds? Keep them!