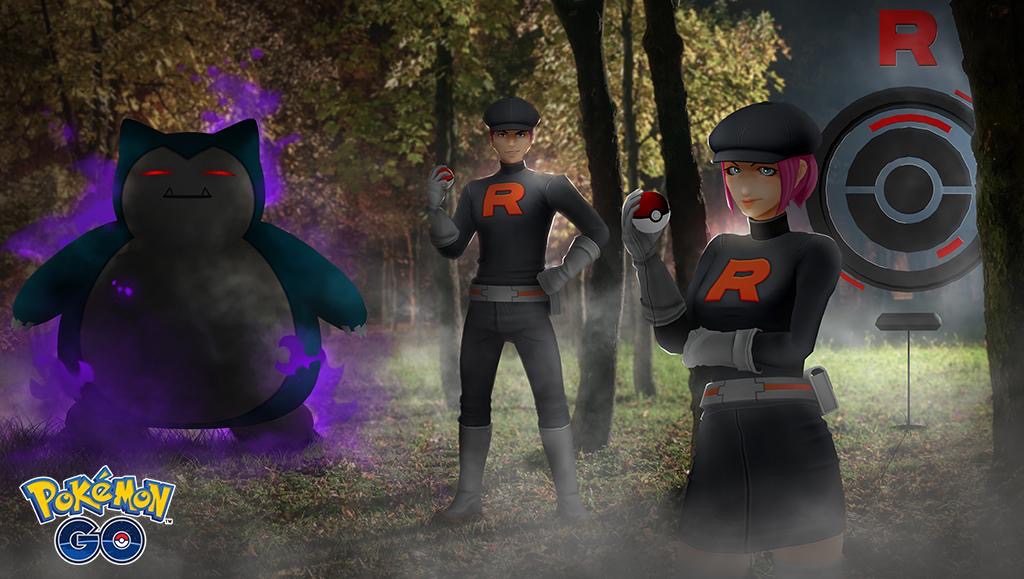 Note: This feature is only available to Trainers who are Level 8 and above.

Once you approach an Invaded PokéStop, a Team GO Rocket Grunt will appear on the map to challenge you to a battle.

You can choose to tap on the Grunt to battle them and defend the PokéStop. You can also tap the Invaded PokéStop, spin the Photo Disk, then start a battle.
Team GO Rocket Battles work similarly to Trainer Battles. Select a party of three Pokémon and use their Fast and Charged Attacks to defeat the opponent’s Shadow Pokémon.

After winning a Team GO Rocket Battle, you’ll be awarded XP and have a chance to catch one of the Shadow Pokémon they’ve left behind. If you lose the battle, you will still be awarded XP, and you can choose to either rematch or return to the Map View.

Similar to Raid Battles, you will receive some Premier Balls, which you can use to catch the left behind Shadow Pokémon.
Premier Balls are granted right before the Shadow Pokémon Encounter and are only usable for the Encounter. The number of Premier Balls received is based on how many of your Pokémon survive the battle, your Purify Pokemon Medal rank, and your Defeat Team Rocket Medal rank. Each Shadow Pokémon knows a Charged Attack called Frustration.

After catching a Shadow Pokémon, you can choose to Purify the Pokémon with a combination of Stardust and Candy. Purifying a Shadow Pokémon will make it stronger and reduce the amount of Stardust and Candy required to Power Up, Evolve, or learn a new attack. The Charged Attack, Frustration, will be replaced with the exclusive Charged Attack called Return, and the Pokémon’s aura will also change from a dark aura to a bright, luminous aura.