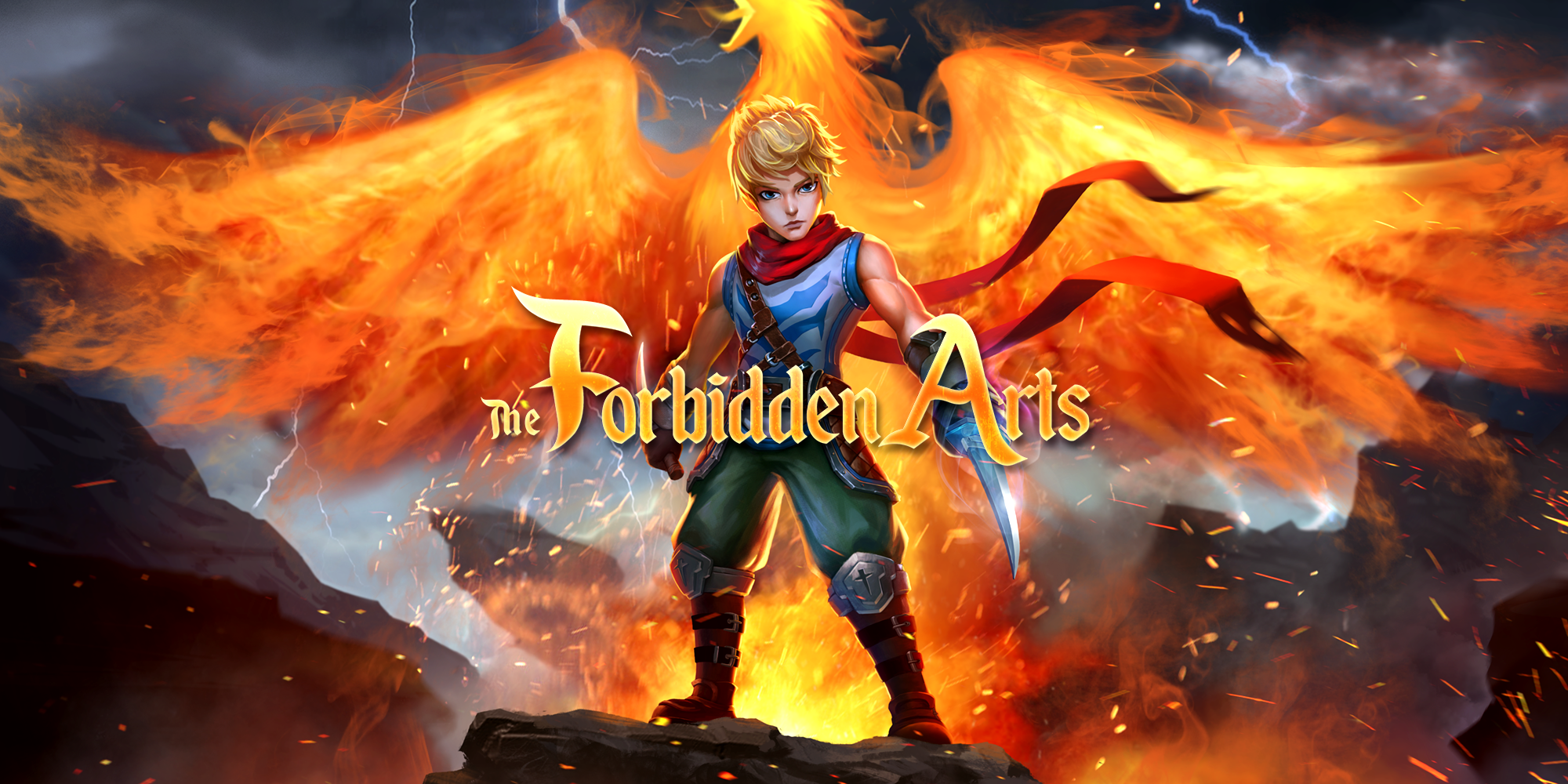 The Forbidden Arts Ignites The Flames On Switch August 7th

Stingbot Games has announced that their Action/Adventure Platformer The Forbidden Arts will be magically appearing on Nintendo Switch this August. It’s release date is set for August 7th and will cost $14.99 at launch. There is a 15% discount for those that pre-order the game.

If you would like to find out more, you can check out the official announcement below.

The Forbidden Arts Sets Fire to Nintendo Switch, Xbox One, Steam on Aug. 7

SAN FRANCISCO – July 18, 2019 –The Forbidden Arts, the action adventure platformer from Stingbot Games, will bespell Nintendo Switch and Xbox One alongside its exit from Steam early access and PC/Mac 1.0 release on Wednesday, Aug. 7, 2019. A PlayStation 4 release will arrive in Q4 2019.

Explore a magical world where secrets are hidden around every corner. Lead Phoenix, a young man who discovers the flame within and embarks on an adventure to learn more about himself and his greater purpose in life while fighting off an evil greater than any the world has ever known.
https://youtu.be/tcYG5wmwhq0
Inspired by both western and eastern cultures, Phoenix’s world, Chora, possesses a diverse set of biomes including snowy fields, dim caverns, giant beehives, treacherous swamps and more. The Forbidden Artscombines suspense and comedy in a remarkable narrative illustrated in a vivid art style and set to the melodic sounds of an acoustic guitar.

“Our main goal is for players to immerse themselves within Phoenix’s story while focusing on tight platforming action,” said Sterling Selover, founder, Stingbot Games. “Everyone goes through a journey of self-identity and discovery that can be pretty tough, especially when you’re alone. The Forbidden Artswalks through that process with a bit of magic and a hell of a lot of action to keep you on your toes from beginning to end.”

The Forbidden Arts will be available via the Nintendo Switch eShop (worldwide minus Japan and Korea), Microsoft Store (worldwide minus Korea) and Steam (PC and Mac worldwide) for the regular price of $14.99 at launch. It’s currently available on Steam early access for $12.99 until the full launch and can be pre-ordered on Nintendo Switch at 15% off the regular launch price.
The Forbidden Arts supports English, French, German, Spanish, Brazilian Portuguese, Simplified Chinese, Korean, Hungarian, Russian, Japanese and Italian.