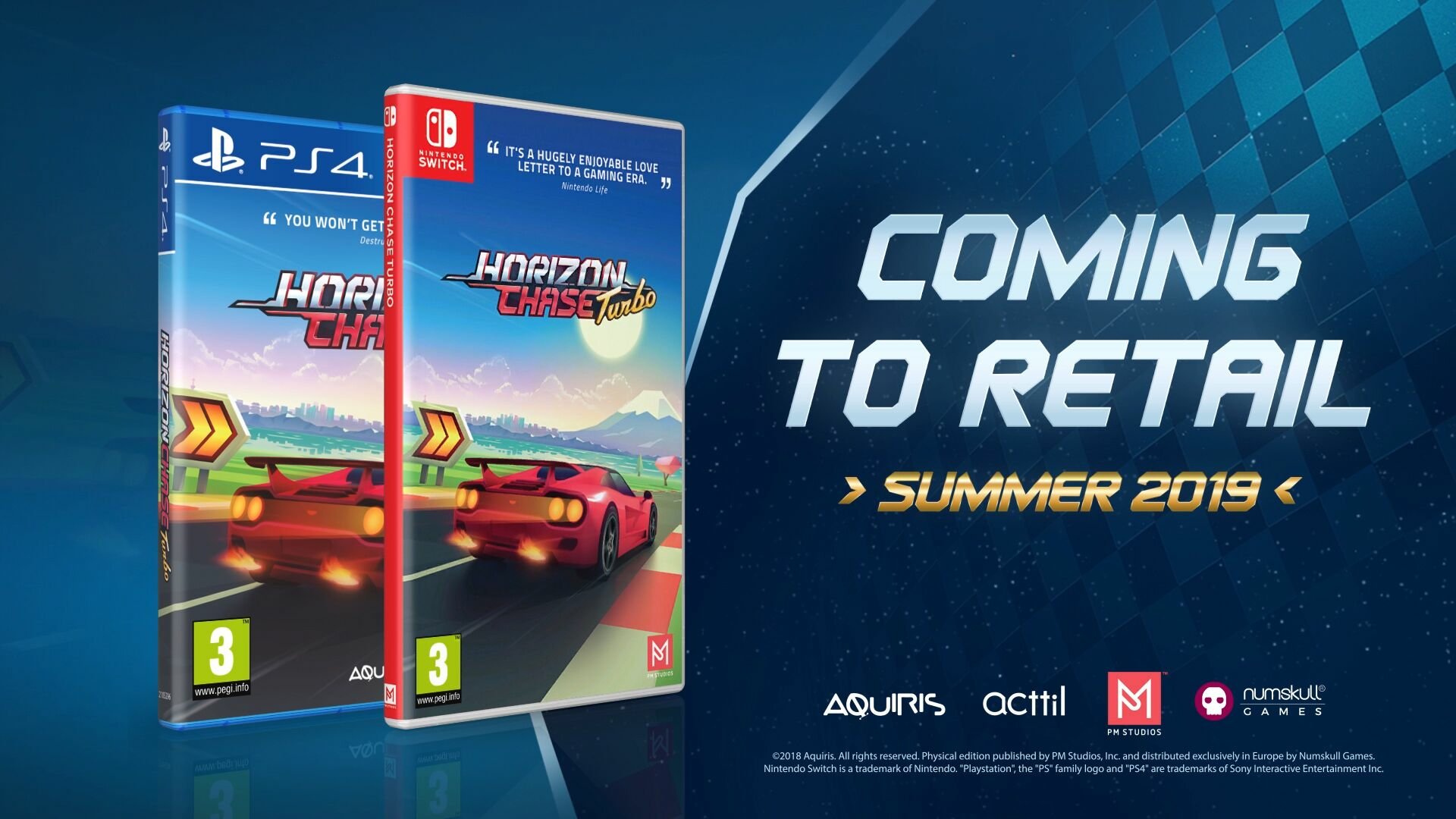 Numskull Games have announced that they have teamed up with Aquiris Game Studio and PM Studios to handle the publishing of Arcade Racer Horizon Chase Turbo in Europe and Australia. The game will release on July 24th for Nintendo Switch.

Inspired by the great racing hits of the 80s and 90s, race your way past your opponents and master the circuits in a blaze of nostalgic glory, as you relive the experience of classic arcade racing.

Featuring a fresh, stylized take on old-school 16-bit visuals, 4-player local multiplayer racing, over 100 tracks spread across dozens of locations, and a thumping soundtrack from industry legend Barry Leitch, this is the ultimate arcade racer!

This retail release of the game, available for the first time across Europe and Australia, finally gives collectors the opportunity to have a physical copy of the incredible retro racing hit. As is Numskull Games’ style, it also comes packaged with an extra goodie for fans, with a collectable postcard lovingly included.

Horizon Chase Turbo is available to purchase here, and releases on the Nintendo Switch on July 26th, and the PlayStation 4 in September for European and Australian markets, with preorders available at select retailers.