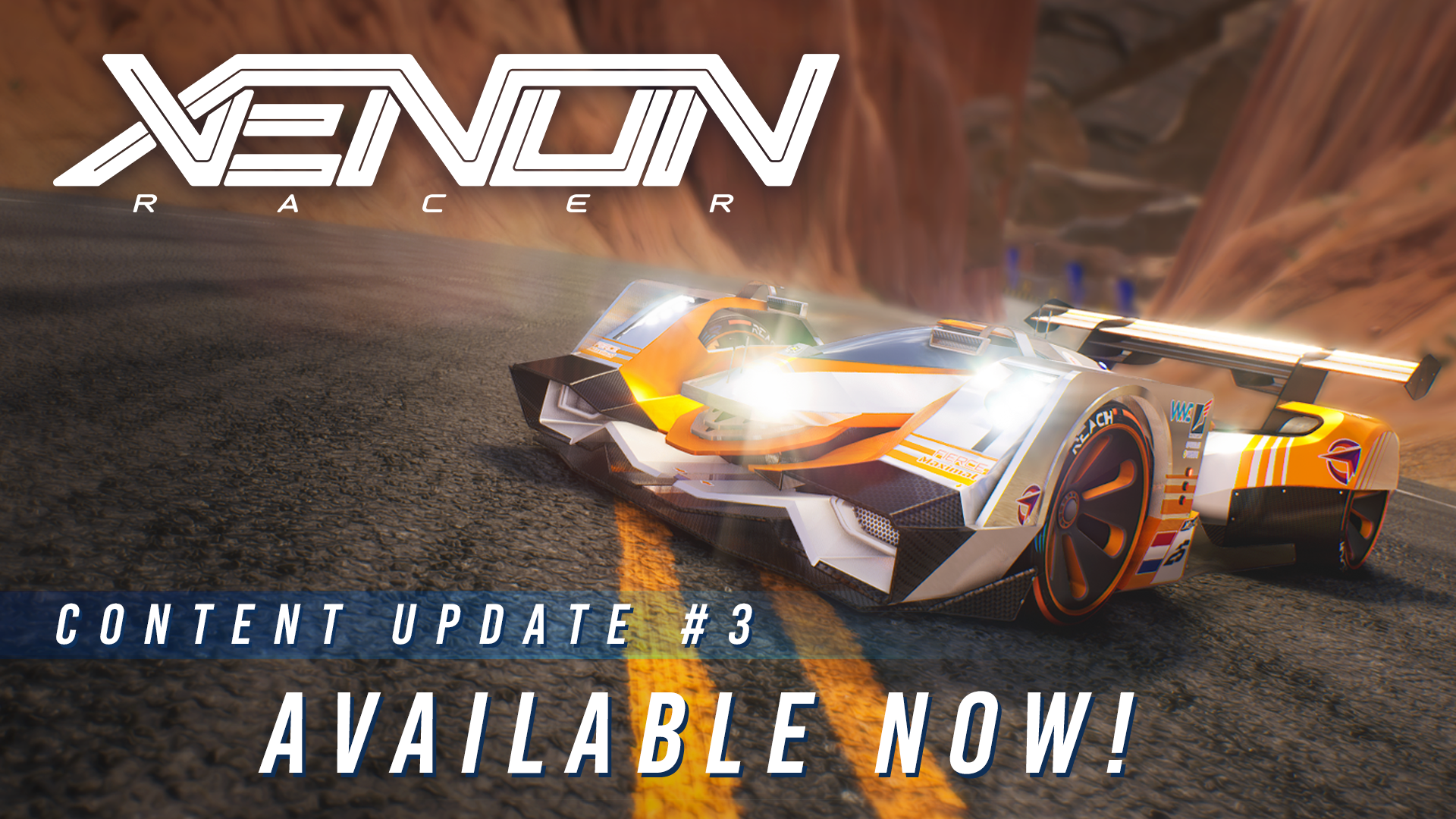 SOEDESCO has announced that Xenon Racer has received its third content update. The free update comes with a new car and a new location to race around in. Welcome to Nevada AKA the Silver State. There are four new track that take place in the state of Nevada and an all-new racing team.

You can find our more in the official announcement below.

Rotterdam, The Netherland – July 17, 2019 – Today, free new content has been added to Xenon Racer, including a new race location and a new racing team. The new location lets players drift in the dusty deserts of Nevada, the “Silver State”, on four additional tracks that can be raced in both directions. Players can now have a look at the tracks in a brand new trailer displaying its new content update.


Rocky road drifting in Nevada
The new content update is located in the rough areas of the western U.S. state Nevada. Players can now discover these areas in the four new tracks that give a spectacular view of the red mountains and rocky roads. Burn the asphalt on these 4 new tracks:

On top of that, a new racing team is now available in Xenon Racer, called Helix Wing. This gives players the opportunity to choose a new car that is available in “normal” and “performance” variants.