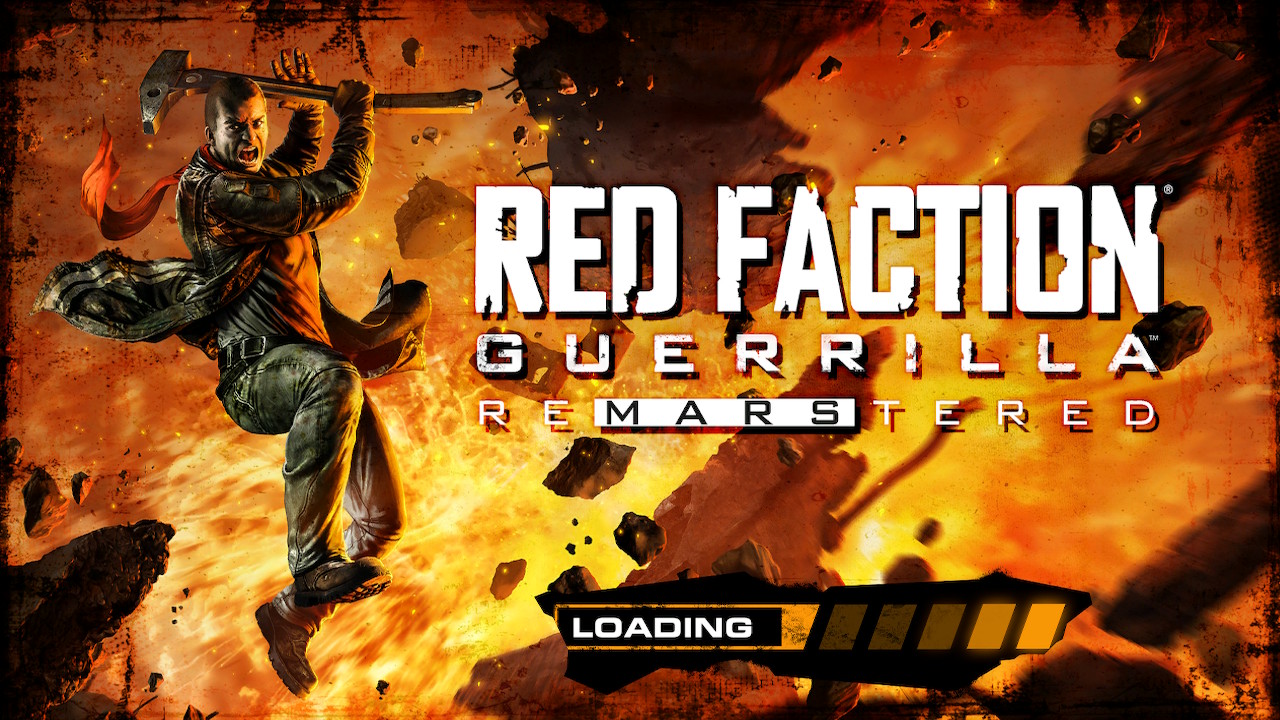 Red Faction Guerrilla is the sequel to the 2001 original Red Faction video game which had a wide console release. The sequel was originally released back in 2009 on Windows PC, Xbox 360, and PS3. The game had been remastered (Re-Mars-tered) and released in 2018 for modern consoles and has since come to Switch. The game had favorable reviews back in 2009 and again in 2018 with the remastered release.

You play as Alec Mason a man down on his luck looking for work as a miner on the recently terraformed surface of Mars. Upon entry onto the planet. you learn of the Earth Defense Force’s (EDF) and Red Faction and their ongoing war with one another.

The EDF has been enslaving and taken advantage of the civilians of Mars. Shortly after getting acclimated to some of the games early tutorial on knocking down and blowing up buildings, your brother Daniel is brutally murdered in front of you.

After being rescued by the Guerrilla warriors of the Red Faction, Alec becomes a freedom fighter for them and works to help release the area of EDF control. Along the way, you will escort intel back to you safe houses that dot the landscape, sabotage EDF supply lines, free hostages, find marked vehicles, and more.

The main gameplay of Red Faction Guerrilla Re-Mars-tered is spent leveling buildings that are controlled by the EDF to the ground. This is done a few ways either by placing mines around the towers and support beams and blowing them up or using your sledge hammer to break up the foundation.

Along with leveling buildings, you will encounter small skirmishes of EDF fighters which will challenge your run and gun skills. There are vehicles which you can use to run over enemy soldiers or drive headlong into walls and support columns using your vehicles like tanks to try and bring down the EDF.

As you move through map of Mars, sectioned off into six areas, you are tasked with freeing hostages, leveling the Earth Defense Force base of operations, mine ore from the planet surface, along with some other standard open world fetch quest type missions.

One main feature of Red Faction Guerrilla is the level of destruction you will come across when it comes to the various buildings and structures dotted all over the planet. Just in the first few hours, I got to infiltrate a base and take out members of the EDF holding Red Faction Guerrilla’s hostage.

There are several weapons to unlock which you pay for using scrap that you find. The game rewards you for going out of your way to destroy outposts and larger bases leveling them to the ground and amassing a stockpile of scraps to use to forge new items.

Along with weapons, there are backpack upgrades you can equip that provide Alec with limited range of invisibility, speed boost, jumping, shock wave, and more. Scrap can also be used to upgrade the amount of bombs you can carry and deploy at one time, as well as unlocking proximity mines, a rocket launcher, and arc laser.

There seems to be a good amount of vehicle types as well which you can drive throughout Red Faction Guerrilla. From the barely armored buggy to the heavier tanks with mounted roof cannons and other types in between there is no shortage of highjack-able and drivable vehicles in the game each a varied level of armor and weaponry attached to them.

There is online multiplayer for Red Faction Guerrilla Re-Mars-tered. I was unable to test out any of the modes due to no one being online at the time I was playing, despite the game having been out for over a week now. There are several different modes like Capture the Flag, Destruction, and more.

Game modes include matches for up to 16 players, though I did find some modes geared towards 4 players. I have no way to gauge whether the online arenas work well or are a buggy mess, but if Nintendo’s own first party games suffer, I would guess on the side of not stable.

Red Faction Guerrilla Re-Mars-tered has a rather bland music score, resulting in a mostly mundane and forgettable audio track. The explosions, destruction, vehicle and weapon sound effects do however offer a great deal of variety and fit nicely into the overall atmosphere of the game.

NPCs talk throughout gun fights and escort missions. The voices are varied though they do lack a real sense of differentiation and mostly just blend together as one or two men and one or two women voicing the Guerrilla fighters that accompany you.

The rendered cutscenes though do seem a bit more varied in their voices and the acting carries over from the original game. I never played the original Red Faction Guerrilla game but it does seem that the cutscenes may not have been changed from their original release. The voice acting and does have a bit of laughable delivery of lines by some characters where they sound either out of place or over the top in their audio.

While Red Faction Guerrilla is a remaster of a ten year old game the overall level design and bleakness of Mars does end up looking very same-y throughout the varied sections of the map. Overall though the rocks and landscape do differentiate themselves enough to help the gamer identify which part of the map they are in.

Like previous THQ games release on the Switch, Red Faction Guerrilla Re-Mars-tered has a performance and quality modes. I preferred the quality mode while playing docked so that the game looked the best it could while running on the television. I noticed frame rate drops mostly when either a large force of EDF was attacking me or I was busy blowing up a large building outpost.

Other visual inconsistencies I ran into were characters getting stuck in the walls or building debris and the AI not jumping to get out of the building which dynamically fell apart around them. There is also a lot of ragdoll animations that seem to get stuck in the sides of buildings or vehicles, especially after a bomb blew them into the sky.

Red Faction Guerrilla Re-Mars-tered edition stands out as having full destructible buildings which is one of a kind on the Switch, outside of Dragon Quest Builders and Minecraft. The game holds up pretty well as a competent open world shooter action game. Gamers who missed the original like myself may make comparisons that Red Faction Guerrilla is a mix of Grand Theft Auto and Mad Max set on Mars.

The Switch doesn’t have a lot of open world third person shooters that allow you to break every building structure in sight. Red Faction Guerrilla is probably the best trip to Mars you can take on your Switch this summer.