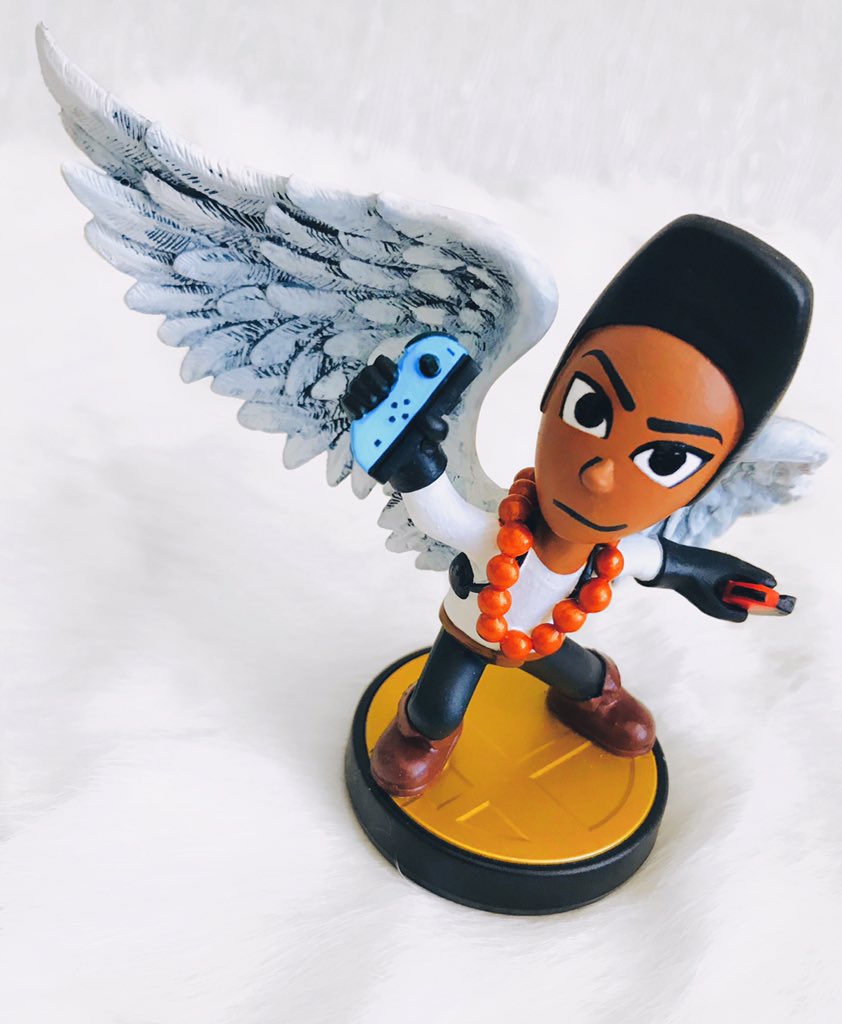 Custom amiibo artist Gandakris is widely known for her incredible customization of amiibos. She has presented ex president of Nintendo America Reggie Fils-Aime with his own while he was in office. Doug Bowser was also presented his own during E3 and GandaKris also paid tribute to Satoru Iwata, the late president of Nintendo Japan who passed away July 2015.

After the recent events of known YouTuber and Streamer Etika taking his own life, GandaKris is paying tribute to him by customizing an Etika amiibo. She will be selling the amiibo of at auction with all proceeds going to support Mental Health.

I don’t want this to be sorrowful there’s always a lesson to be learned. Donating this to raise money for Mental Health so stay tuned!

Conflicted at first with how to go about the creation of this custom amiibo, GandaKris wanted to make sure her intentions were honorable. Partly due to the feeling that the amiibo would be solidifying his passing but also that it is a way of showing love and healing for those that were truly touched and cared for Etika.

I’m just an artist and can’t mass produce these. I know many of you would absolutely love/heal from an Etika Custom Amiibo so I’ll be making a Tutorial/Remembering Video on my YouTube

For those who wanna listen to my stories and make one for themselves.https://t.co/6BpEdvUjMn pic.twitter.com/4aEEHcReie

If you aren’t already, be sure to follow GandaKris on Twitter. She will also be uploading a Tutorial/Remembrance video for the Etika amiibo to her YouTube channel for anyone who would like to make their own.