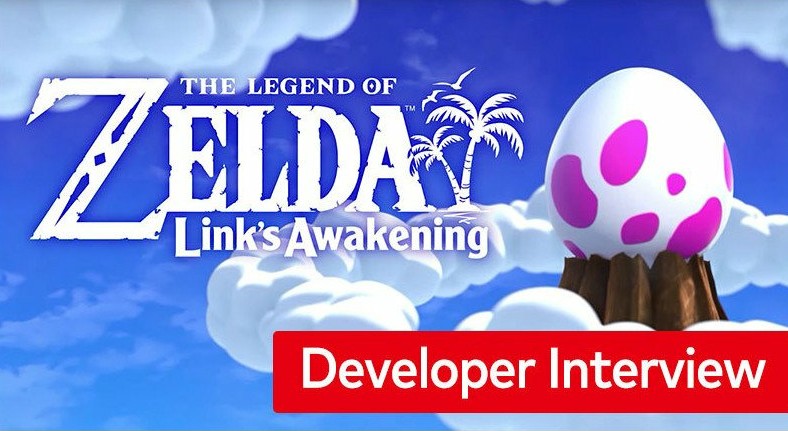 Nintendo have shared a new Developer Interview on the News channel on Nintendo Switch. The latest interview is with Zelda series producer Eiji Aonuma. Aonuma talks about the Chamber Dungeon feature, how Breath of the Wild player should receive Link’s Awakening and his favourite Super Mario cameo.

We have the full Interview below if you are interested in reading it.

1) Why did the team decide to reimagine Link’s Awakening specifically?

Mr. Aonuma: So. You may know this, but for the original Link’s Awakening game, I wasn’t involved in the development—I was only a fan when it released 26 years old ago on the Game Boy. Since it came out so many years ago, it’s a little hard to get ahold of. I’ve always wanted to remake it.

2) Speaking of Chamber Dungeons, what made Link’s Awakening a good fit for this feature?

A: So, while we wanted a way for players to arrange their own dungeon, we thought a 3D dungeon would be harder for players to manage. However, Link’s Awakening is always viewed from the top and each room in the dungeon is the same size; making it easier for the player. There are a lot of ways you can do something called “dungeon arrangement,” but we wanted to make it so it’s more like solving a puzzle. We wanted to make it accessible for everyone.

3) Many folks have remarked on how cute the art style is. How would you describe the look of the game, and how was it decided on?

A: We didn’t really intend on making it necessarily “cute,” but the original game was a small world that you kind of glimpsed into. We thought this diorama-like world that you could look in from an angle was a perfect fit for the remake.

4) After The Legend of Zelda™: Breath of the Wild, this may be a lot of Nintendo Switch owners’ second Zelda game, and they may be surprised how different this game is. How would you recommend Link’s Awakening to players who have only played Breath of the Wild before?

5) We saw a few characters from the Super Mario™ series appear in Link’s Awakening, but which cameo is your favorite?