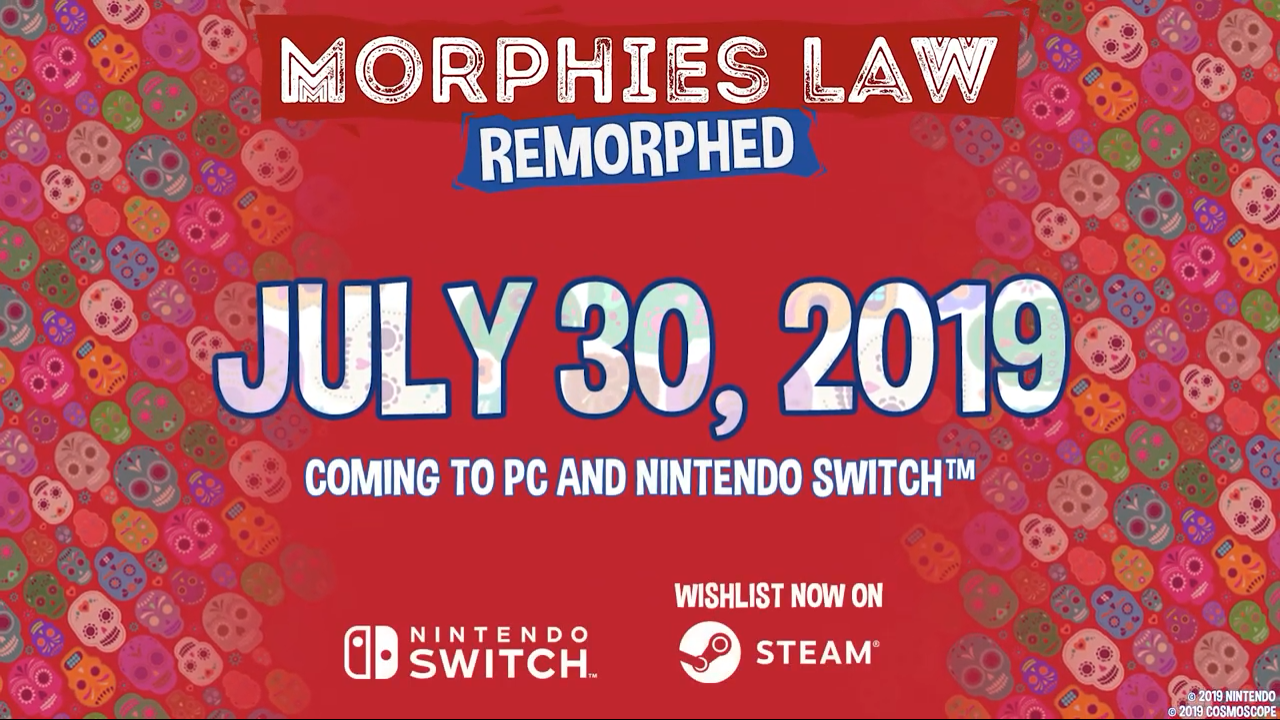 Cosmoscope have revealed that their game Morphies Law will be getting a “Remorphed” version. The developers have been working on the many flaws that the original game had and have fixed and improved upon them for Morphies Law Remorphed. The all new version will begin distribution on Nintendo Switch and STEAM starting July 30th.

Lyss, Switzerland, July 10, 2019 —Independent developer Cosmoscope has announced that its wacky, mass-based, multiplayer third-person shooter Morphies Law will launch onSteam on July 30, 2019 and with a brand new remorphed Nintendo Switch version at the same time. The title will feature crossplay between both platforms allowing owners of either version to go head-to-head against each other in chaotic battles where size matters more than kill count.

>Morphies Law is centered around a simple rule: hit somebody and you grow, get hit and you shrink. Your mass-stealing morphing robot, your Morphie, has limbs that grow or shrink individually based on taking or giving hits. The size of your body parts don’t only affect how easy it is to hit you, but also your abilities like movement and special skills called Plugins. Every map has its own mechanic that also interacts with the mass of your character, giving even more depth to this integral system. Custom weapons, skins, and loadouts add even more to create an incredibly deep, singular experience centered around stealing mass.

>“We’re extremely happy to be bringing our game to Steam and a newly updated version to the Switch. We believe that gamers will love the twist that we’ve added on to shooter combat and the extensive customization options we’ve put in the game.”, says Jonathan, some guy at Cosmoscope.

– Morphing robots: the Morphies have 8 body parts that grow and shrink individually, and each body part has a direct effect on your actions.
– Plugins for your body: each body part has a unique Plugin to help you change your strategy. Unlock new Plugins to create new strategies.
– Make your own weapons: you can unlock weapon parts and combine them at will to make the perfect weapon for you!
– Unique game modes: mass-based game modes with different goals but with one thing in common: size always matters more than kills!
– Maps with unique features: every map has an unique mass-related feature that’ll make it different from the rest!
– Customize your Morphie: make your Morphie truly unique! You can choose from premade options, make your own custom ones and much more!