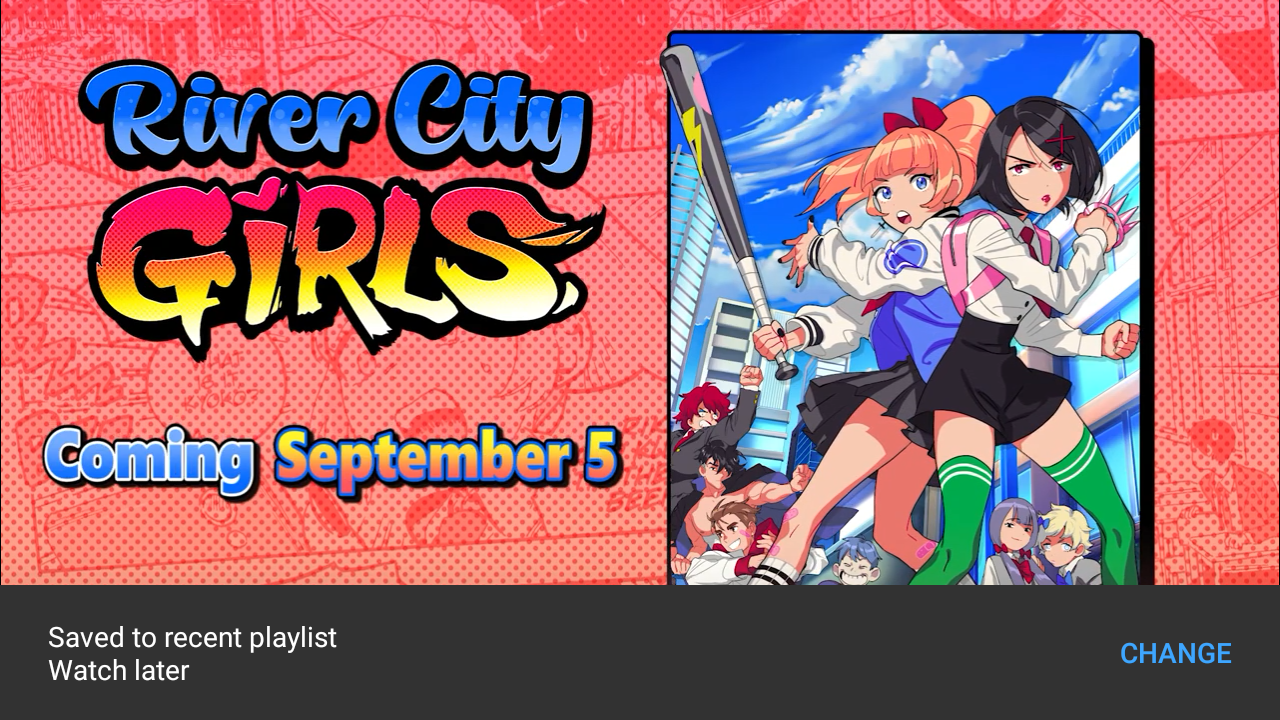 Shantae creators WayForward have announced that they are bringing the Retro arcade beat ’em up Retro City Girls to the Nintendo Switch. Developed by Arc System Works, the game will be releasing on September 5th, 2019 and will cost $29.99. Retro City Girls supports 2-player co-op features 16-bit gameplay with animated and manga cut-scenes.

We have a detailed description below as well as game features and a trailer.

Offering a new generation of old-school action, independent video game studio WayForward is ecstatic to lift the curtain on its upcoming co-op beat-’em-up, River City Girls. Developed by WayForward and overseen by the fighting-game experts at Arc System Works, this latest entry in the long-running River City (AKA Kunio-Kun) franchise is scheduled to hit Nintendo Switch, PlayStation 4, Xbox One, and PC this September.

River City Girls stars Kyoko and Misako, two street-tough high-schoolers who must fight their way through the six regions of River City to rescue their kidnapped boyfriends, series mainstays Kunio and Riki. Along the way, they’ll utilize an arsenal of combos, counters, throws, and special attacks; battle an assortment of enemies; accept numerous side quests; level up with experience points; interact with NPCs (including guest stars from past River City games); and shop for a variety of items, food, and gear to boost stats and unlock new abilities. The girls can even wield weapons and recruit defeated foes to join them in combat!

The one- or local two-player bare-knuckle brawling is complemented by spectacular 16-bit-style graphics and an epic synth-pop soundtrack (featuring NateWantsToBattle, Chipzel, Christina Vee, and Megan McDuffee!), while the story roars to life via glorious anime cutscenes and manga-style intermissions.

Rated E10+ by the ESRB, River City Girls will be available digitally via the Nintendo eShop, PlayStation Store, Xbox Live, Steam, GOG, and Humble Bundle at the price of $29.99, while a physical version will also be available from Limited Run Games (price and release date TBD).