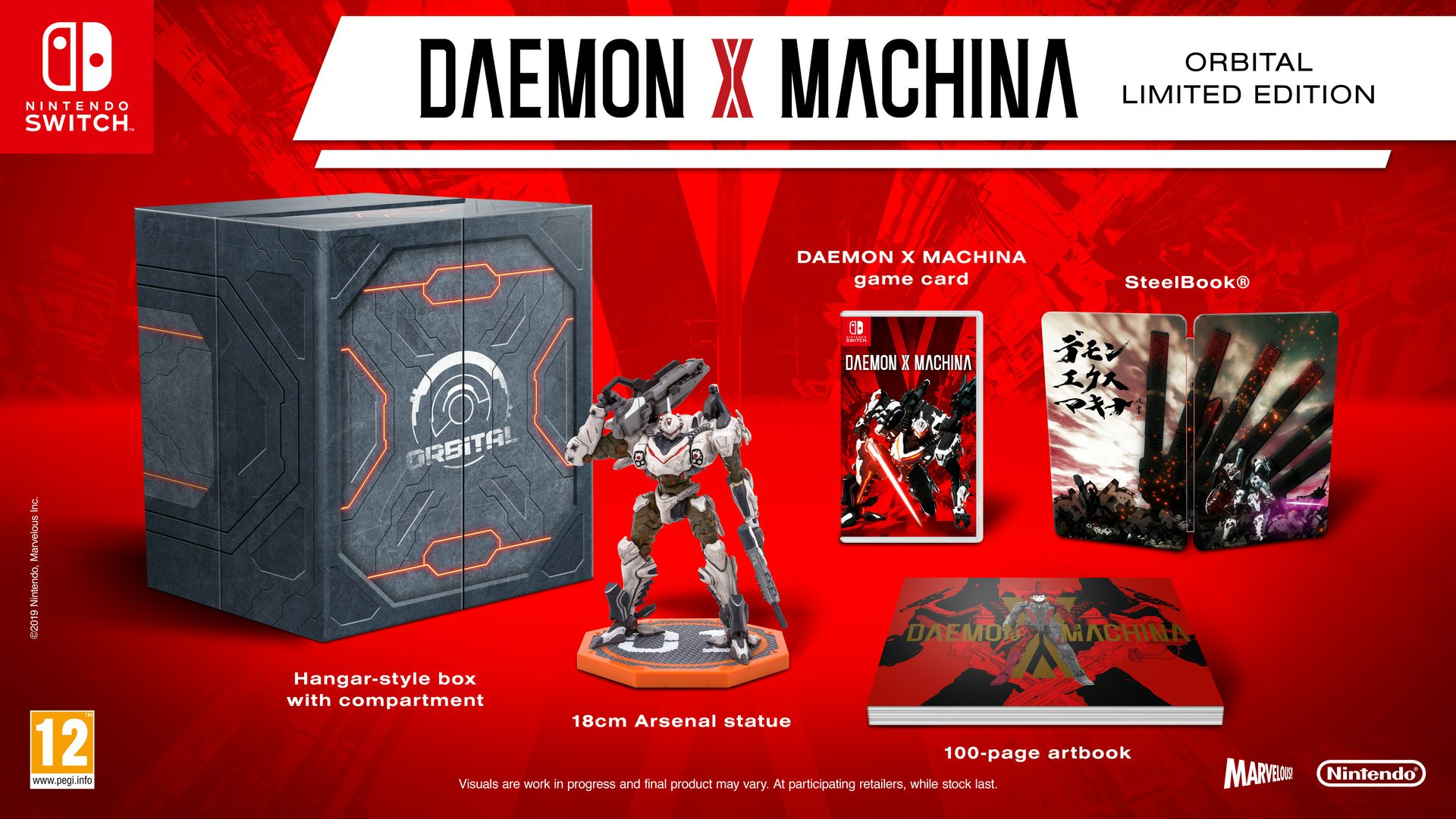 Nintendo Europe have announced that Daemon X Machina will be getting its own collector’s edition. The Daemon X Machina Orbital Edition will be available in Europe and Australia. There is no word yet if it will release in the US as well.

The Orbital Edition includes a physical copy of the game, a Steelbook case, an 18cm tall Arsenal statue, a hanger display box for the statue and a 100-page artbook. We have an image of the contents below.

Here is the official announcement from Nintendo Europe.

Boxed limited edition contains a detailed 18cm statue of an Arsenal, the mechanised combat suit that players will equip in this fast-paced action shooter

Discover a world of destructive metal mayhem inDAEMON X MACHINA, an action shooter set to launch for Nintendo Switch on 13th September. Players must take to the battlefield in deadly mechanised battle suits known as Arsenals in order to defend the planet from corrupted AI-controlled robots. Check out the DAEMON X MACHINA – E3 2019 Trailer for a look at the game’s post-apocalyptic setting and the action-packed gameplay that awaits.

The DAEMON X MACHINA Orbital Limited Edition contains exclusive items such as an 18cm Arsenal statue and a 100-page artbook, and will be available in limited quantities in Europe and Australia. DAEMON X MACHINA launches for Nintendo Switch on 13th September and is available for digital pre-purchase now.