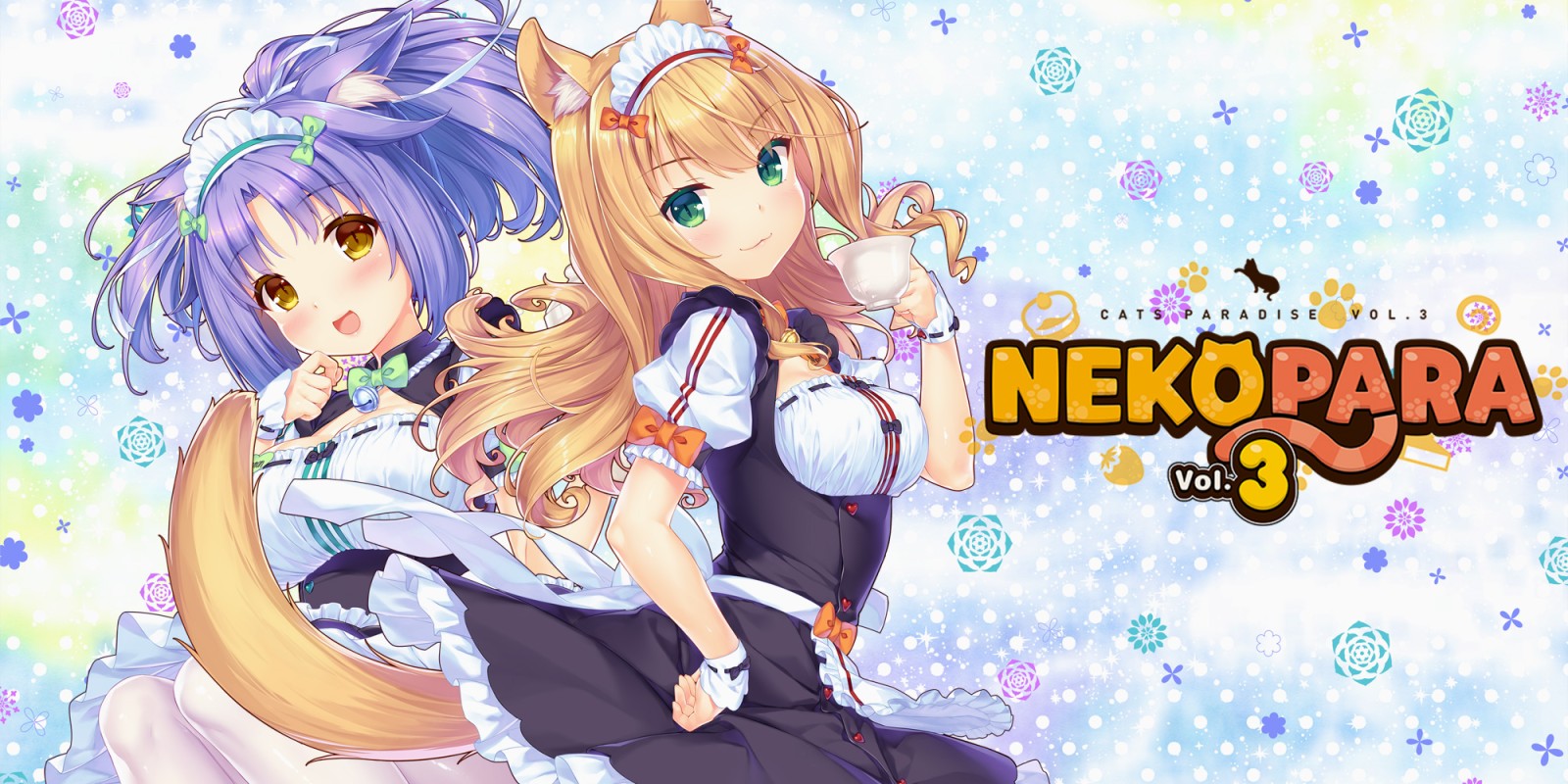 As an IP dating back to 2014, NEKOPARA is a series of adult visual novels that takes place in a world where people live alongside with catgirls known as Nekos and in less than a decade, the series has come a long way.

Consisting of three main instalments, with a bonus Extra and Vol.0 entries available, NEKOPARA has even gone on to be adapted into an anime television series by Felix Film and had its debut airing on as of January 9, 2020, with Funimation licensing it in English speaking territories and now less than a year since the first NEKOPARA game debuted on Switch, the third volume is finally here.

As the third main instalment in the NEKOPARA series, NEKOPARA Vol.3 continues the story of Kashou Minaduki, who in Vol.1, was an aspiring chef who upon moving away from home, opens up his very own patisserie.

Kashou was all prepared to do everything on his own, but to his surprise, two Nekos from home had stuffed themselves in a box and was fully dedicated to giving him all the help we could ever require.

Across the first two volumes, Kashou’s patisserie, La Soleil, goes on to be a success, thanks to the help of his sister and their family’s Nekos: Chocola, Vanilla, Azuki, Coconut, Cinnamon and Maple and in Vol.3, the story of La Soleil continues.

Like with Vol.1 and Vol.2, NEKOPARA Vol.3 casts its focus on two particular Nekos, with Cinnamon and Maple being the centre of attention this time around, in this “heart-warming cat comedy,” which sees their close relationship, about to be tested when during Maple’s attempts of achieving one of her dreams, her beliefs will be shaken and the impulsive Cinnamon endeavours to help Maple out, but has no clue whatsoever in how to help her.

As a visual novel, there is no gameplay per se, as players can tweak the settings so that text is automated and control the speed of the text as well, but players do still retain the ability to access a save menu and create multiple saves, pause all action and pet the on-screen catgirls with but touch controls and button inputs and even revisit earlier dialogue that they might have missed.

Unlike Vol.1 and Vol.2, NEKOPARA Vol.3 does not offer an extra story that becomes available just as soon as you have read through the main story, however, it does still have the other content we have come to know and appreciate the NEKOPARA games for.

By this I mean, there is still the CG album that has a total of 39 images for players to unlock by progressing through the story. There’s still the BGM album, which has a total of 20 tracks and there is also the movie player, which has two unlockable films, with one being a brand-new opening scene.

Lastly, there is the game’s detailed manual, which provides players with every detail they could possibly need with regards to the story of NEKOPARA Vol.3, how to play it, getting to grips with the configuration screen and there are even a good few pages dedicated to the characters and catgirls of NEKOPARA Vol.3.

Among the character bios, players can discover the voice talent behind each character and just what breed each catgirl is. For example, Maple is an American Curl, whereas Cinnamon is a Scottish Fold.

Just like we’ve seen with previous NEKOPARA titles, Vol.3 features a varied soundtrack that helps add drive the game’s story. There’s also a new song and plenty of voice acting for players to listen to.

Kashou remains the silent protagonist we know him to be, but Shigure and the catgirls are just as lively as they always are, instead of coming across as being flat, or just limited in their emotional displays.

Players can of course silence the characters, or just quieten them as all dialogue is in Japanese, but at the same time, it doesn’t hurt to leave them exactly as they were and experience this particular story in the way its developers intend.

With NEKOPARA Vol.3 first releasing back 0n May 27, 2017, I can report that this particular version has, in fact, been updated for its console debut. On top of the new opening movie and a new song that I’ve mentioned previously in this review, NEKOPARA Vol. 3 also features full HD graphics across the board, with no performance issues whatsoever.

Don’t get me wrong, NEKOPARA Vol.3 does have a 2.7 GB download, but it runs silky smooth and it’s visually the best-looking entry in the series.

Being as though NEKOPARA is typically a series of adult visual novels, there does exist versions of the game where the protagonist does engage in a physical relationship with each of the six catgirls.

You don’t have to worry about seeing that kind of content in the Switch releases, but like with the previous volumes, the adult content isn’t completely removed. The most offending content is gone, but there are still some suggestive themes, alluding references and somewhat promiscuous imagery, such as partial nudity.

However, although I still find it weird that Kashou is essentially like a father figure and older brother to the six catgirls and helped raise them when he was younger, and does have an intimate relationship with each and every one of them, because of the removal of the raunchier content, it does enable the relationships with each Neko to be more affectionate and loving than possible delusions of love, lust and unbridled desire.

While NEKOPARA isn’t for everyone, it is quaint little series with NEKOPARA Vol.3 doing a nice job of bringing the whole saga full circle. This particular release might not be as good as the previous Switch releases, but at the end of the day, it is still a visual novel intended to entertain and if you’re still not sold on checking out the games, well, you could always check out the series if you get the chance.