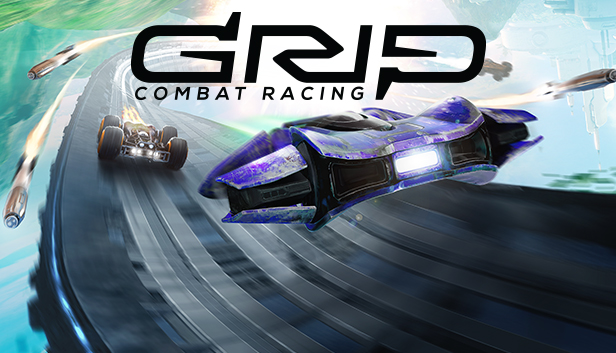 It’s been a while since we have done a Let’s Talk About article. However, seeing as we had already reviewed GRIP on Nintendo Switch, we didn’t think there would be enough to write a whole new review on for the Airblades Update. Hence why we are bringing back Let’s Talk About. If you would like to read our GRIP review before we talk about the update that brings a more “Wipeout” aesthetic to the game, you can check out it our here. So without further ado, let’s get on with our Let’s Talk About: GRIP: Combat Racing Airblades Update.

The Futuristc Racer covered more than enough ground to compete and even beat the likes of FAST RMX and Redout. As an anti-gravity racer with wheels, players can experience a more high-octane thrill. The new update takes the racing one step further, you can now use special airblade technology that makes wheels redundant. Instead of trudging along the harsh surfaces of the many race tracks, players can now glide over them with ease.

The new update doesn’t replace wheeled vehicles though. It instead provides Wheel-free versions of all vehicles on top. They each have their own unique stats as well to make them behave and respond differently from their wheeled counterpart.

When racing, whether it be single race or Campaign, you are not restricted to either ground-based or air-based vehicles unless you want to restrict them (depends on the game mode). Players can all choose whatever vehicle they please, so you can have all sorts of crazy fast-paced races.

Does the Airblades update add anything to the game? Well, yes. For players that want to play a game more like Wipeout or F-Zero, they don’t need to buy a separate game to do so. If you enjoy the gameplay of GRIP, you can simply change from a wheeled vehicle to a wheels-free vehicle easily. On top of this, the update is free so there are no extra purchases that need to be made on top.