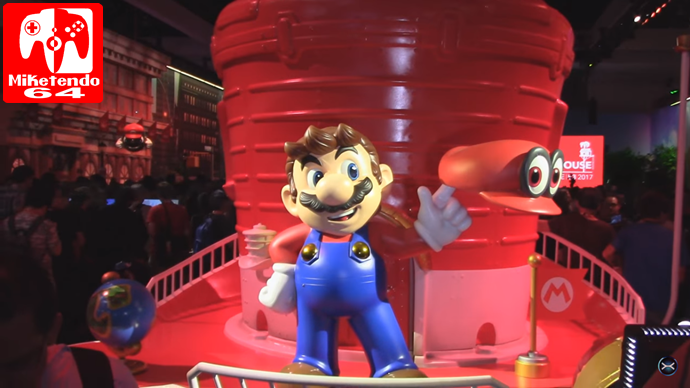 With E3 2019 just around the corner, Nintendo as always has a few aces up their sleeves and more than likely a few surprises also. Here’s a lowdown of what to expect, and what we hope to happen.

Games already revealed that require more information include Legend of Zelda: Link’s Awakening, Mario Maker 2, Fire Emblem: Three Houses, Cadence of Hyrule, Daemon X Machina, Astral Chain, and Pokémon developer Game Freak’s new IP Town along with Pokémon Sword and Shield. Luigi’s Mansion 3, Animal Crossing Switch, Bayonetta 3, Metroid Prime 4, and a Detective Pikachu sequel have been revealed and are coming soon, but have not yet had any gameplay revealed. We can be fairly certain that we’ll see many of these games at E3.

Some things that are not so certain, but would not be crazy surprising include the reveal of the next Super Smash Bros. Ultimate character, considering it will have been more than half a year since Joker’s reveal when the E3 Nintendo Direct happens. The character may even be shadowdropped, as many people believe. Some major Nintendo IPs do not have games on the Switch yet, including F-Zero, Star Fox, Warioware, Rhythm Heaven, and an official Donkey Kong game to replace Tropical Freeze, so we can expect one or two of them to be announced, but don’t get your hopes up.

Nintendo is known for its surprises, and there must be some in store this year. Some extremely surprising things would be Super Mario Odyssey DLC, maybe taking place in some location based on an older game like Bobomb Battlefield or Isle Delfino. We could also see more cooperation between Microsoft and Nintendo, similar to Cuphead coming to the Switch. Maybe even Halo will get ported, but that may be some heavy optimistic thinking. Another possibility is Xbox Game Pass coming to Switch, similarly to how it came to PC recently.

Competitive players rejoice, many tournaments are being held at the event. Mario Maker 2 is getting a tournament most likely in the style of the final surprise of the Nintendo World Championships 2015, with pro players racing through levels made by Nintendo Treehouse. To no one’s surprise, there’s also going to be a Super Smash Bros. Ultimate tournament held, featuring many pro players going at it. Splatoon 2 is also getting it’s time in the spotlight with it’s own tournament.

If you’re going to E3, make sure to reserve a few Warp Pipe Passes. Warp Pipe Passes are Nintendo’s way of reserving your spot to play a demo on the show floor by skipping the line similarly to a Disney FastPass. Games available at the show floor include Legend Of Zelda: Link’s Awakening, Pokémon Sword & Shield and Luigi’s Mansion 3. If you want to secure yourself a spot to play these games, you better head over to the registration site quick. (Note: Link’s Awakening Is not eligible for a Warp Pipe Pass).

With E3 2019 just around the corner, Nintendo as always has a few aces up their sleeves and more than likely a few surprises also. Here’s a lowdown of what to expect, and what we hope to happen.

If you can’t attend the event, make sure to go to http://e3.nintendo.com  at 9:00 Pacific Time or 12:00 Eastern Time to see the direct. Nintendo Treehouse events are taking place from the 11th-13th, which will probably show off gameplay of newly announced titles. Nintendo’s E3 presentation looks highly promising, from Mario Maker 2 to Animal Crossing Switch to possibly a new Super Smash Bros. Ultimate character, the sky’s the limit for how much Nintendo can blow us away.