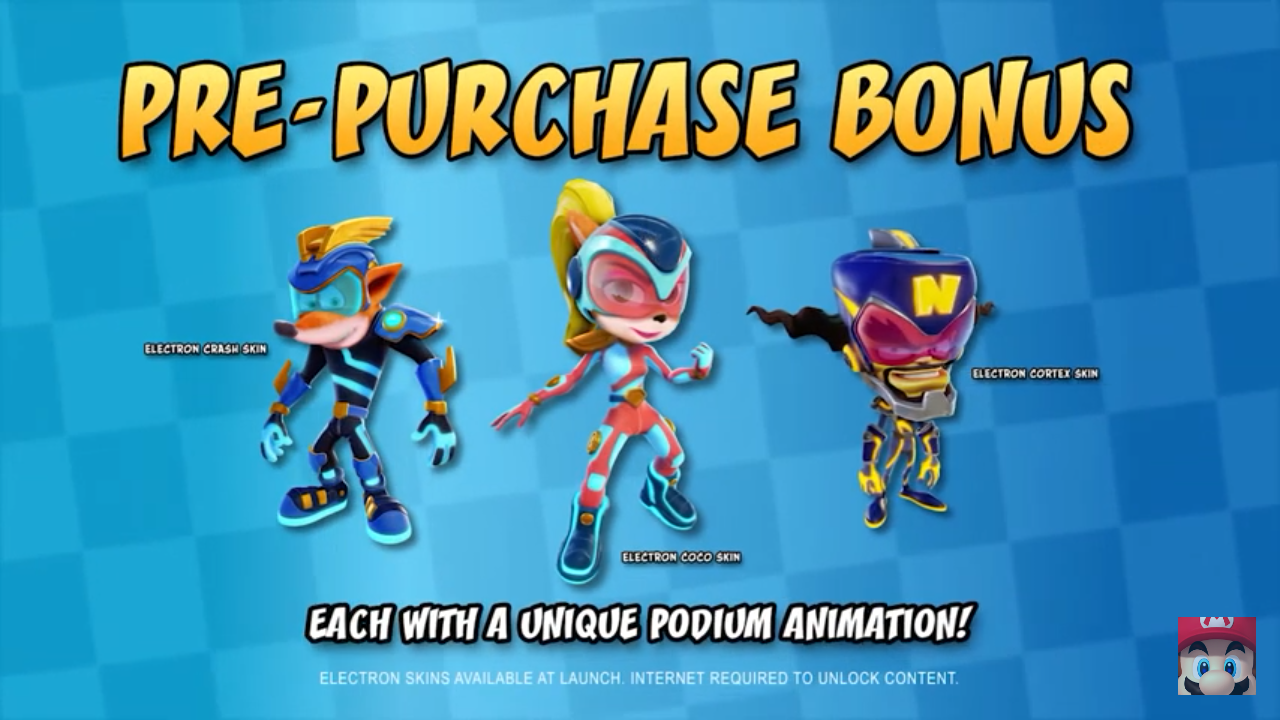 Nintendo and Activision have released a new trailer for Crash Team Racing Nitro-Fueled. The trailer features exclusive Electron outfits for Crash, Coco & Cortex and will be available for anyone who pre-purchases the game before launch on June 21st.

If you have yet to pre-orde the game, feel free to check out the trailer below.