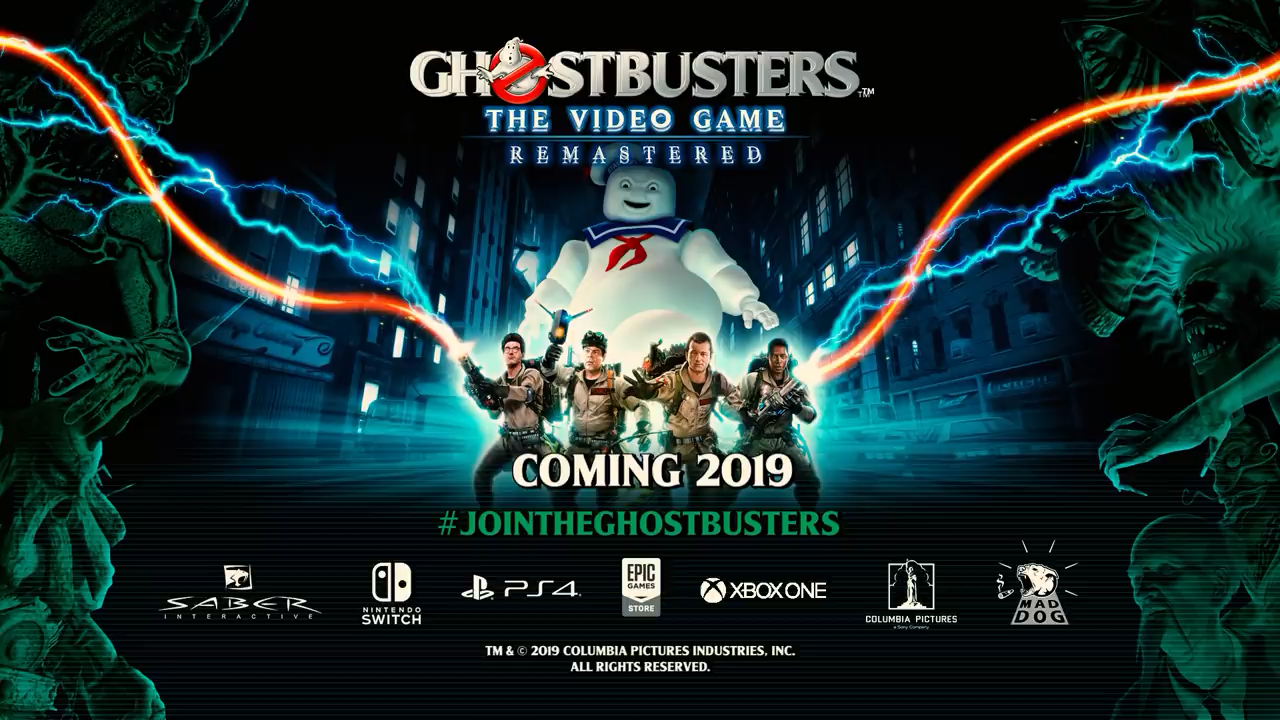 Ghostbusters: The Video Game Remastered Answering The Call For Switch

Never have I ever been so excited for a video game adaptation on one of my all-time favourite movies. Saber Interactive have announced that Ghostbusters: The Video Game Remastered is coming to the Nintendo Switch, PS4, Xbox One and PC later this year.

Saber Interactive have a talent for bringing back long and forgotten games. NBA Playgrounds is one of their best to date which brought back the Arcade 3v3 Basketball genre. Shaq Fu: Reborn was given a facelift and now it is the Ghostbuster’s turn. The talented Dan Akroyd, Bill Murray, Harold Ramis and Ernie Hudson lend their voices and likenesses to reprise their roles as the orignal Ghostbusters.

If you would like to know more, check out the official announcment below as well as a trailer for the game.

The Hit Ghostbusters Adventure Returns in HD Later This Year on PlayStation®4, Xbox One, Nintendo Switch and Windows PC

MAPLEWOOD, N.J. – May 30, 2019 – Saber Interactive has announced Ghostbusters: The Video Game Remastered, an HD re-release of the acclaimed action-adventure game featuring the original cast of Columbia Pictures’ classic films. Ghostbusters: The Video Game Remastered delivers a unique story from Dan Aykroyd and Harold Ramis that captures the supernatural comedic fun and fright fans love from the franchise, which celebrates the 35th anniversary of Ghostbusters this year.

As the new rookie on the Ghostbusters crew, you’ll team up with your favorite characters from the films, reunited by the voices of Aykroyd, Ramis, Bill Murray and Ernie Hudson as Stantz, Spengler, Venkman and Zeddemore, alongside Annie Potts, Brian Doyle-Murray, William Atherton and Max von Sydow. Manhattan is overrun once more by ghosts, demons and other paranormal creatures unleashed by a mysterious force, and only the Ghostbusters can drive this evil back to whatever dimension it crawled from and save the Big Apple.

Hunt, fight and trap a variety of new and familiar ghouls and phantasms, all remastered in HD resolution. Ghostbusters: The Video Game Remastered equips you with cool gadgets and upgradeable weapons to play with in huge boss fights and destructible environments. Scan and analyze targets with the P.K.E. Meter and Paragoggles, then strap on your Proton Pack to wear ghosts down with the blast stream before wrangling them with the capture stream.

Ghostbusters: The Video Game Remastered is expected to launch later this year on the PlayStation®4 computer entertainment system, Xbox One, Nintendo Switch and Windows PC via the Epic Games store. For more information, visitwww.playghostbusters.com.