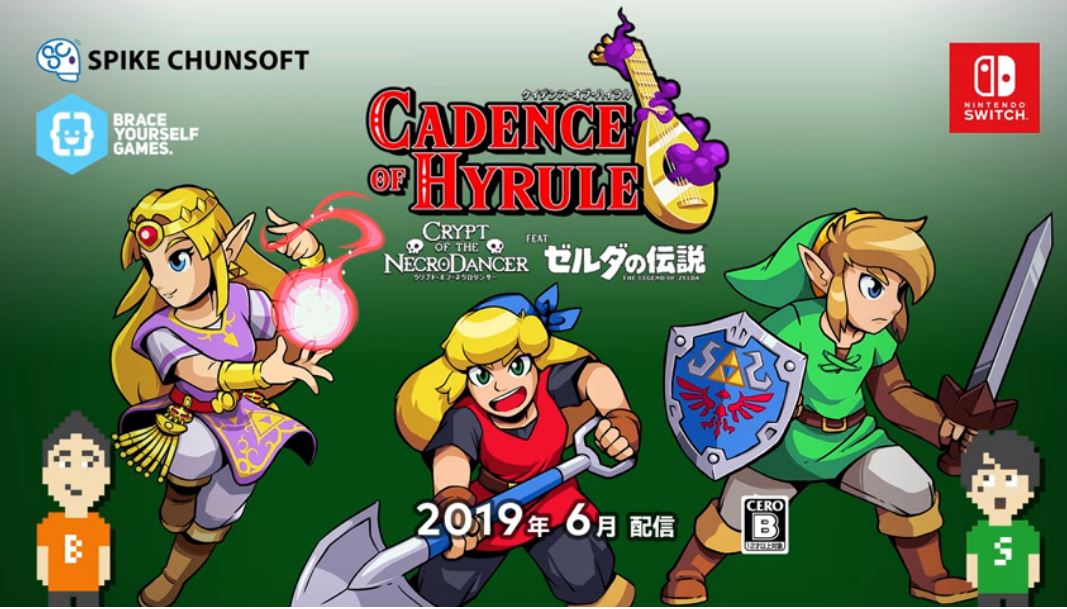 During a new episode of Nintendo Japan’s Indie World, it was announced that Cadence Of Hyrule will be releasing some time this June. No specific date was given but suspicions lead us to believe it may well be shadow dropped during this year’s E3 event. It was the case for the Mario + Rabbids: Donkey Kong Adventure DLC and Fortnite on Nintendo Switch at last year’s E3 so it wouldn’t be surprising if Nintendo did a similar thing with Brace Yourself Games’ Tales of the Necrodancer Sequel/Spin-off.

New footage was also shown during the latest Indie World episode. You can check it out below.