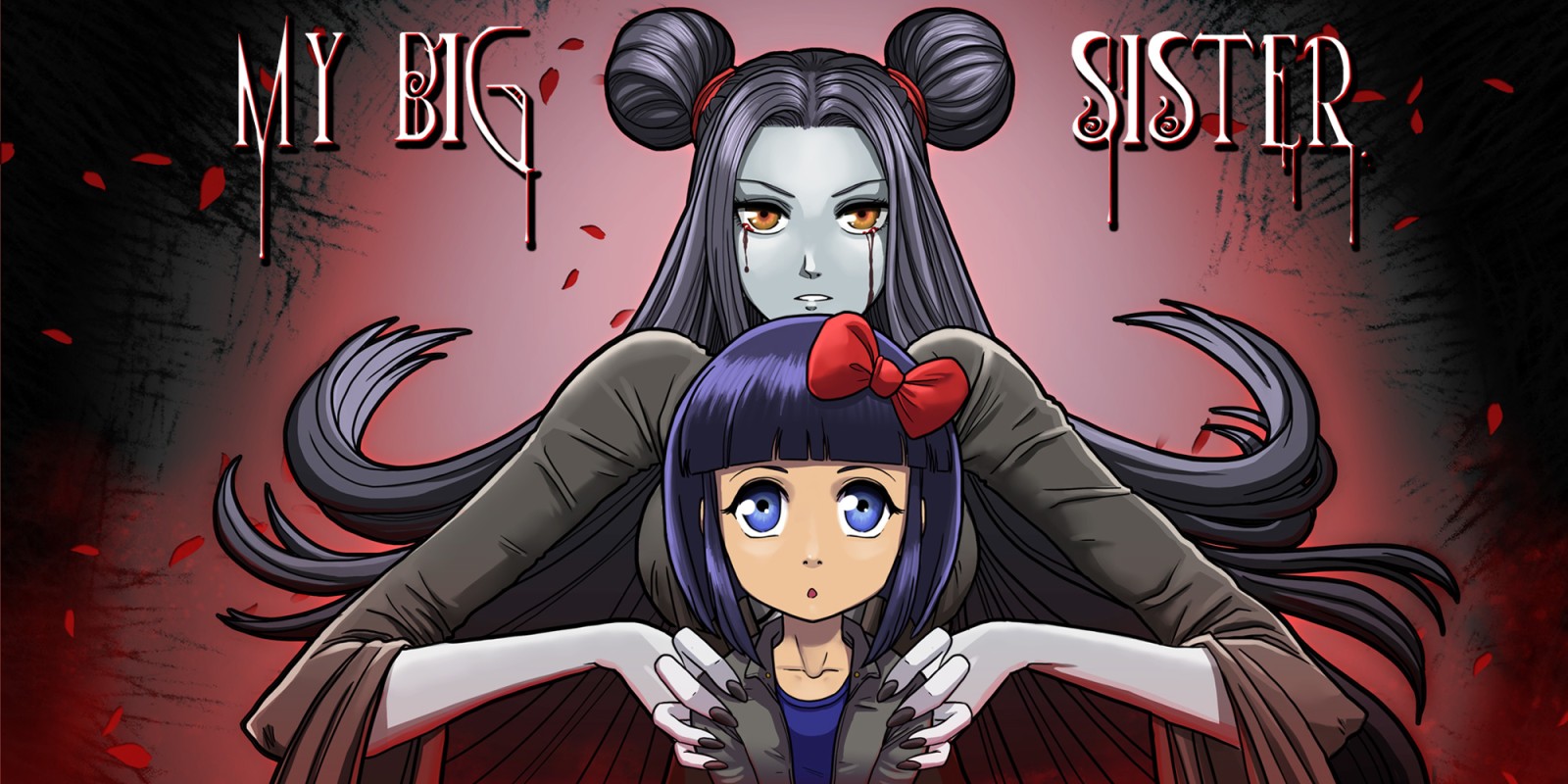 My Big Sister is the fourth game by developer Stranga Games. The previous entries were PC Steam released budget-priced games. My Big Sister was previously released in fall 2018 and has since been ported to Xbox, PS4, and now Switch. Other titles by Stranga Games have a similar 2D pixel art style seen in My Big Sister.

You play as Luzia, a sarcastic twelve-year-old, working hard to get back to her home after she and her sister, Sombria, were kidnapped. From there the story delves into some horrific scenarios involving witches and a life and death loop which blends reality with imagination, purgatory, ghost, and poltergeist.

The game is set in short chapters where you will visit different locations throughout the story including the sister’s house, a market, a magical forest, aboard a train, a subway station, and more.

The tale of Luzia and Sombria involves their trek back to their home, where along the way they learn of a witch’s plan where Sombria’s cursed to walk between realities and Luzia sets off to free her. My Big Sister’s dialogue and mystery is its greatest asset when it comes to the overall game.

During the various chapters in My Big Sister, you will meander around the small section of the map finding items strewn throughout the level. Some of these items will be used to fulfill fetch quests for NPCs you will interact with, some items will be combined to solve puzzles.

The gameplay is reminiscent of a point and click style adventure and is very dialogue heavy in some spots. There are sections of the game where you will just read text between Luzia, her sister, or other characters you will run into.

There isn’t much in terms of other avenues of gameplay in My Big Sister, for most people completion of the game and your overall enjoyment will depend on how you connect with the story. The dialogue beats will touch on sibling rivalry, love, and depression.

Much of the story covers mature topics, therefore, I can not recommend the game for younger children due to the mature nature of text in conversations and subject matter.

My Big Sister does have quite a few different locations and levels in which you will visit. Many of the locations have a few rooms or sections in them. Navigating the various sections and searching for items to use and characters to talk with is mostly enjoyable. Some areas are not as easy to see in and oftentimes Luzia will require a flashlight.

Before the end of My Big Sister, there are several endings in which you will be rewarded with. I had gotten the Bad Ending the first time through. After restarting the final chapter I was able to get the Best Ending which was happier and let to some sisterly resolution. If you plan on playing the game to its conclusion please try to find the alternate endings to Sombria and Luzia’s stories.

The soundtrack for My Big Sister is oftentimes engaging, especially during the horrific portions where mystery and suspense were around the corner. There are loftier tunes that help to alleviate the tension between Luzia and Sombria and the terror that awaits them as they get closer to the witch and her secrets.

All of the text in the game is read-only and there are not voice actors speaking any lines. The games audio is minimal, accounting for background noise, footsteps, and not much else.

My Big Sister has a pixel art style and closely resembling 2D Zelda games or the indie Zelda-like, Blossom Tales: The Sleeping King.

The game is simple in terms of graphics, though sometimes the levels were nondescript and it was difficult to know where I was supposed to go next or what I was to do with the items I had in my possession. I never experienced any performance issue and loading times with swift and minimal during the game.

The story in My Big Sister is the main character within the game. Your enjoyment will either be positive or negative based on you fondness for stories involving siblings and whether or not you have dealt with depression and loss in your own life.

While My Big Sister is a decent game, it is on the short side as you can complete it within three hours, even when you are going for the multiple endings. It’s not terrible, but it is a tad boring, repetitive, and in the end, it’s mostly just a story that could have been better served as a short story you’d read in a half hour.