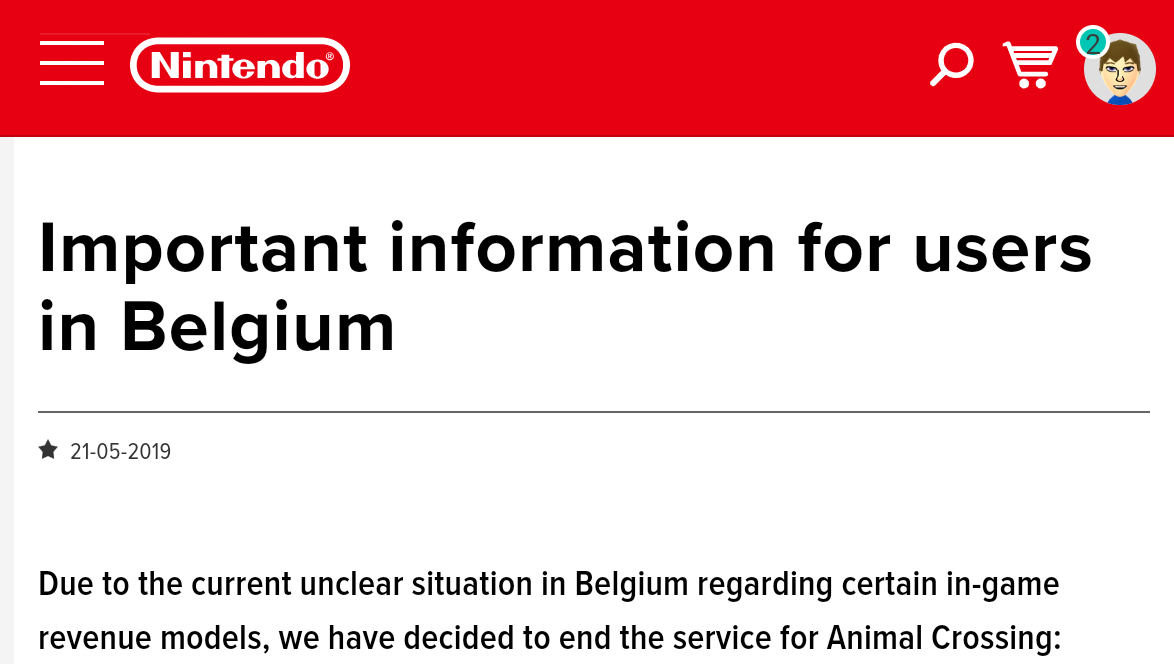 Nintendo Belgium have issued a statement that they will be removing Fire Emblem Heroes and Animal Crossing: Pocket Camp from the Belgian mobile market. The reason for this is due to recent changes in Belgian Law towards gambling and loot boxes.

The situation is not exactly clear as to how it could effect Nintendo’s Mobile iterations of its games. However, Nintendo have decided to err to caution and will remove the games on August 27. For now, players can still use Orbs and Leaf tickets but come August 27, the games will no longer be playable or be available to download.

While I respect Nintendo for avoiding legal backlash, I do hope that other countries don’t follow suit and put similar laws in place as this will also affect future Nintendo mobile games that use a similar revenue model.

Here is the statement from Nintendo Belgium:

Important information for users in Belgium

Due to the current unclear situation in Belgium regarding certain in-game revenue models, we have decided to end the service for Animal Crossing: Pocket Camp and Fire Emblem Heroes in Belgium. It will therefore no longer be possible to play and download the games from Tuesday 27 August 2019.

Players who still have Orbs and / or Leaf Tickets in their account can continue to use them until the service ends.

In addition, future Nintendo games with similar earnings models will no longer be released in Belgium.

We would like to thank all players in Belgium for playing Animal Crossing: Pocket Camp and Fire Emblem Heroes.