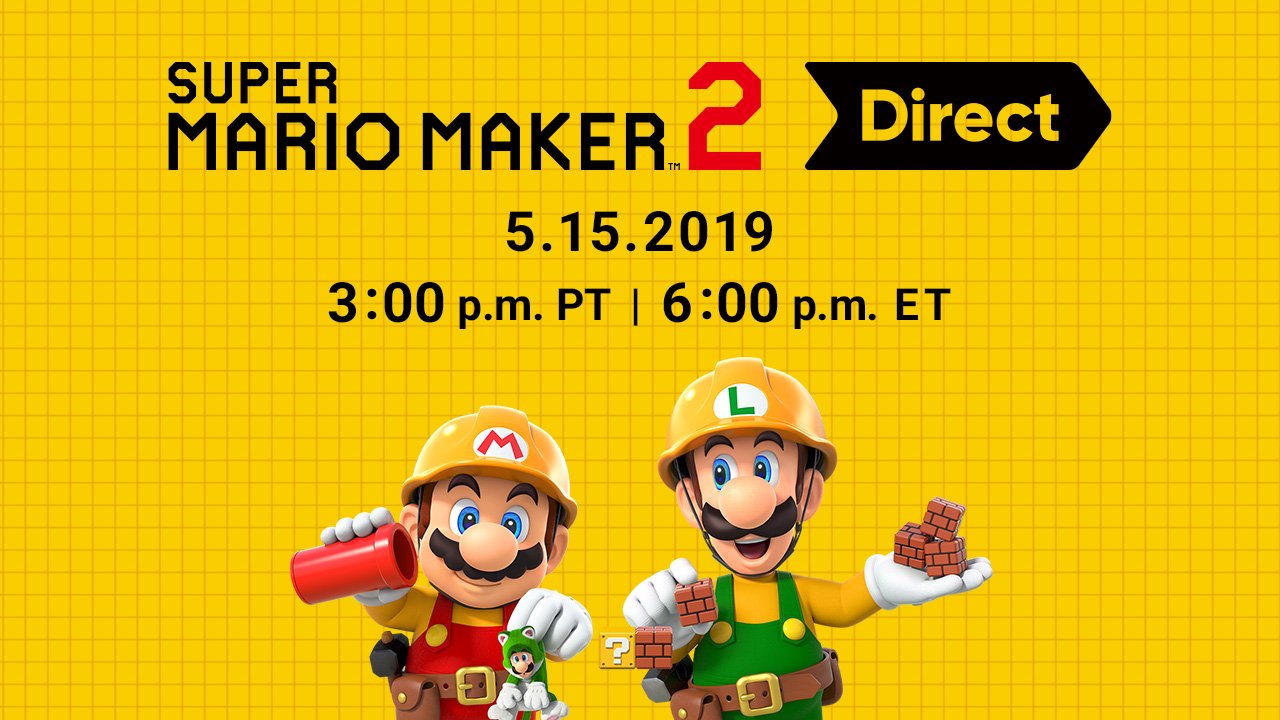 If you have yet to see the Super Mario Maker Direct and would really like to before reading the full list of details, you can check out the video below. Underneath that however is a pretty long list of some incredible new features contained in the official press release.

REDMOND, Wash., May 15, 2019 – During the Super Mario Maker 2 Direct video presentation, Nintendo shared new details about the Super Mario Maker 2 game, launching exclusively for the Nintendo Switch system on June 28. The deep dive into the game revealed some of what’s new in Super Mario Maker 2, including new course parts and tools; a new single-player story mode with more than 100 Nintendo-created courses; new course themes; details about online course sharing*; options to create and play together with others**; and information about a special offer for Nintendo Switch Online members. The presentation also covered the upcoming Super Mario Maker 2 Invitational 2019 tournament, streaming live online the weekend before E3 from Los Angeles. The Nintendo Direct was stuffed with more fun goodies than a ? block!“Super Mario Maker 2 puts the power of creating unique Super Mario courses into the hands of the player,” said Nick Chavez, Nintendo of America’s Senior Vice President of Sales and Marketing. “Video game fans of all ages have more tools than ever to help them stretch their imaginations as they make, play and share the Super Mario courses of their dreams.”

On top of that, we also have some addition information that was featured in the video but not included in the press release.

Course sharing is back.

Red and Blue blocks and switch

Dry Bones Shell can be ridden on top of lava

New Sound Effects, can stick them on enemy

Co-Op Making!!!! Pass a Joy-Con to a friend and create courses together

Moon! Turn Angry Sun into Moon, wipe out a screen full of enemies

You can unlock the night courses.

Enemies can use them.

Crates float on lava and water

Track Block (Blue one moves when you step on it)

Banzai Bill can fly towards the screen

Maker points, customize your character and earn accessories and clothes

Course world selects random courses for you to play

Play courses together with others 4-player online.

Multiplayer versus, side scrolling showdown, race each other in randomly selected course. Clear course and win. Vs. rating!

Multiplayer co op, work together to beat the course, just one person needs to win.

NSO Members two games for 99.99 up to 59.99 and discounted game. Vouchers can be redeemed up to a year from now and don’t need to be redeemed at the same time.