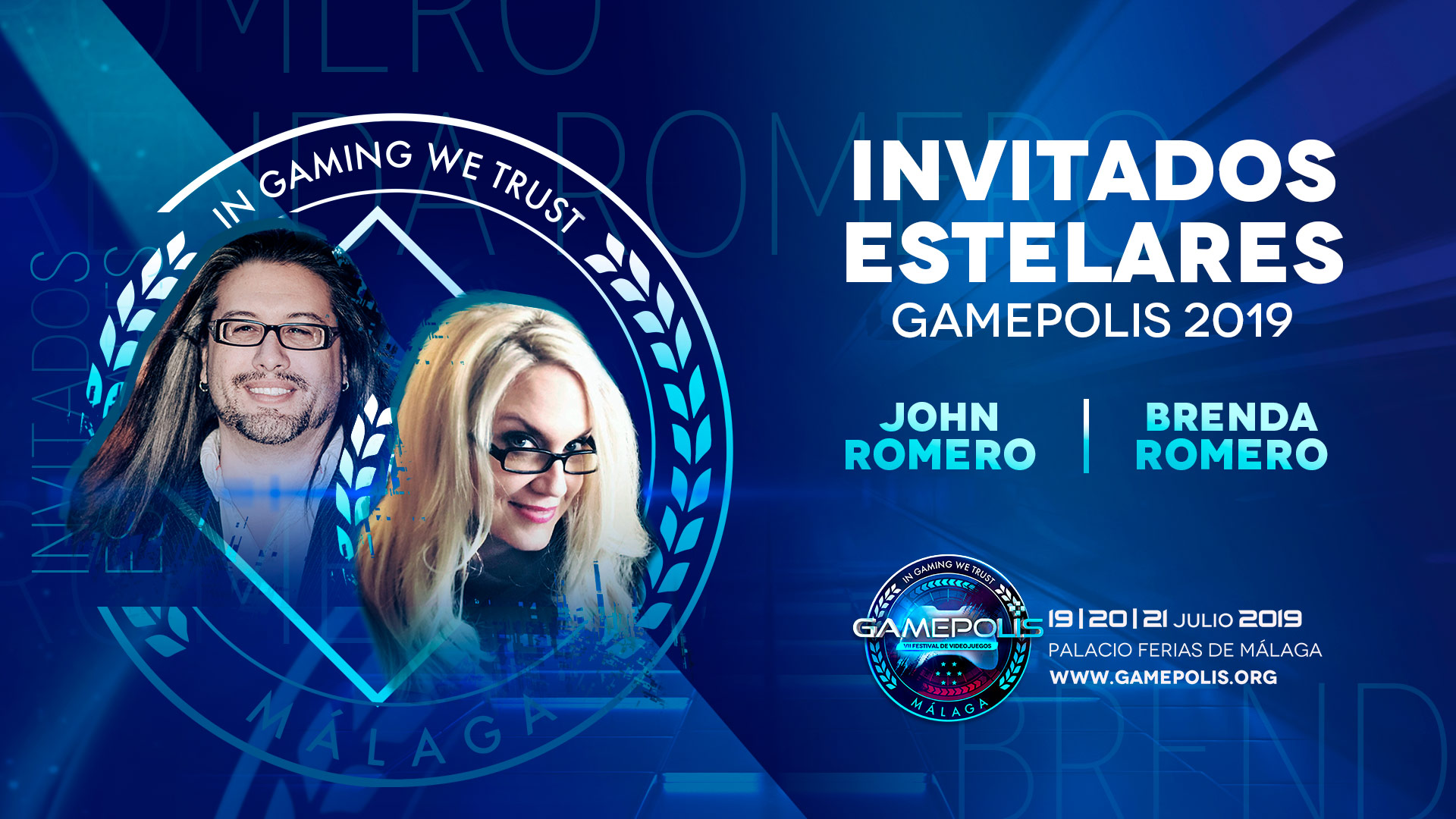 Considered the father of First Person Shooters, John Romero, the creator of Doom, Wolfenstein 3D, Quake and the Commander Keen series will be attending Gamepolis Video Games Festival in Malaga, Spain this year. He and his wife Brenda Romero have been invited as special guests to talk about their influence and careers in videogames. Brenda Romero is recognized as one of the most influential women in videogames.

Both John and Brenda, will be representing Romero Games, their new video game studio based in Dublin, Ireland. The pair recently announced they habe a new title in development which, they will publically reveal at E3. With Gamepolis being the first European Games Festival after E3, there is a large possibility that the game could be shown at the Spanish video game festival.

The two Game developers will be at Gamepolis on July 20th and 21st. A special DOOM based DEATHMATCH competition is also being hosted during the festival that will allow participants to play against John Romero himself.

Will any of you be attending Gamepolis this year? Let us know in the comments below.