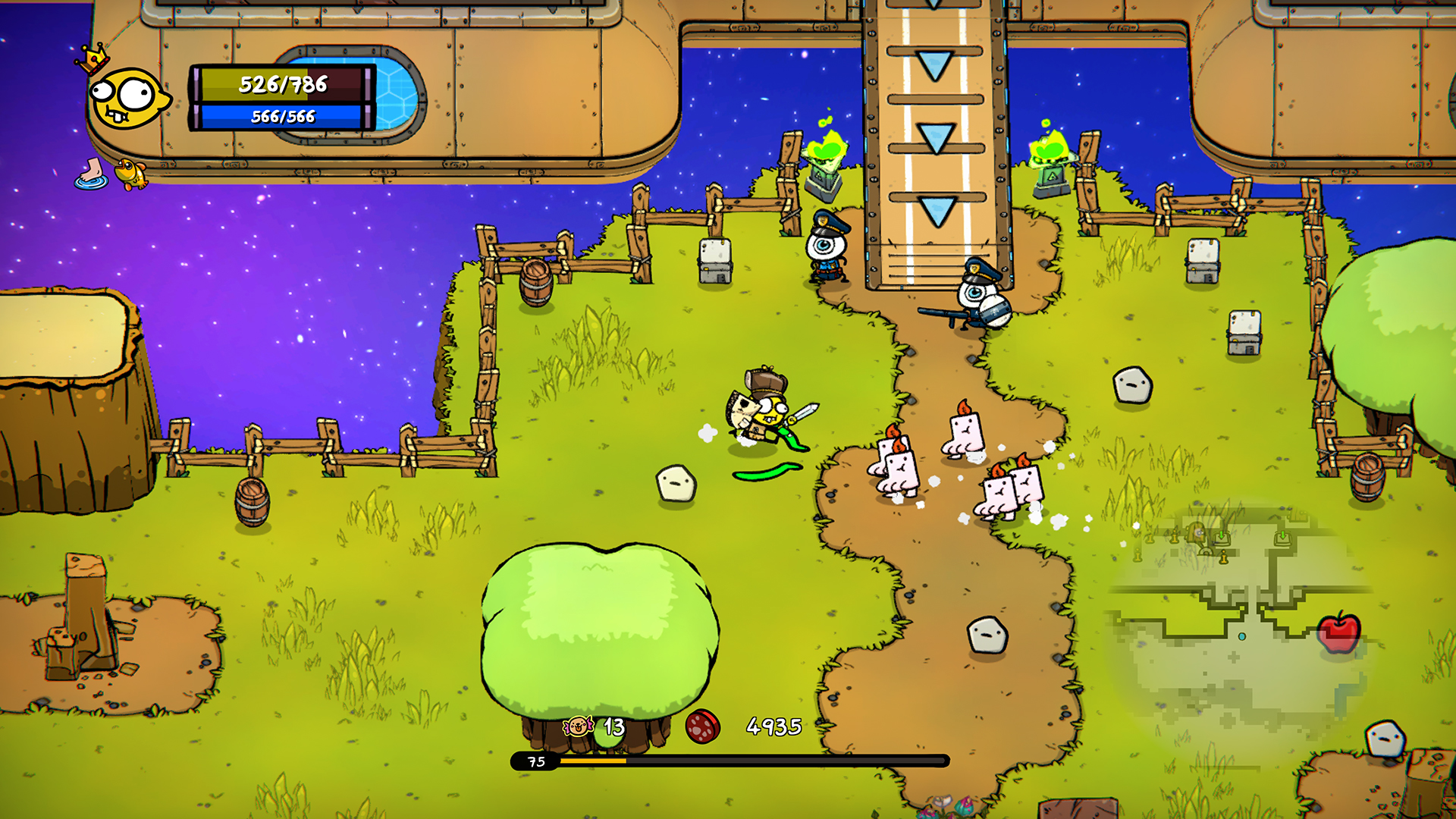 SEOUL, South Korea – May 9, 2019 – Super Cane Magic ZERO, the co-op comedy action RPG from developer Studio Evil and publisher Intragames, will leave players in stitches when it unleashes a hilarious narrative adventure on Nintendo Switch, PlayStation 4, and Steam for Windows PC, Mac, and Linux across the Americas and Europe this May 30.

Super Cane Magic ZERO was created in collaboration with Simone “Sio” Albrigi, the comic artist behind the popular Italian YouTube channel Scottecs, which has more than 1.8 million followers. In addition to featuring Sio’s beloved art style, writing, and music, the game includes a variety of familiar faces from the cartoons, including Dr. Buttdog, Flashio, Laser Grandpa, and more.

Set on the world of WOTF, Super Cane Magic ZERO follows a party of wacky characters on a mission to save the planet from a magical dog who has taken out the Internet, coated the Moon in chocolate, and caused an army of horrifying vegetables to rise up and wreak havoc.

Hack and slash through a salad with up to four players and help rebuild WOTF in a 20-plus hour campaign featuring a mélange of handcrafted and procedurally-generated dungeons teeming with places to explore and gear to loot. Save the six powerful wizards to unlock abilities across seven strange upgrade trees. Eat most of the items in the world – but remember, just because you can eat whatever you want, doesn’t mean you won’t have to deal with the side effects!

“Humor can be hard to translate, but the wacky style of Sio is universal, and Super Cane Magic ZERO continues to delight us,” said Sue Yim, Overseas Marketing Manager, Intragames. “Combined with Studio Evil’s experience in making entertaining, highly-replayable games, we think Nintendo Switch, PlayStation 4, and PC players will get hooked on this game.”

Super Cane Magic ZERO will retail via the Nintendo eShop and PlayStation Store for $24.99. The game’s Western release will feature English, French, Italian, German, Spanish, and Brazilian Portuguese language support. It is available now on Steam Early Access worldwide and the PC version will feature Chinese (both Simplified and Traditional), Japanese, and Korean on the release day.  Intragames plans to localize and publish the title across Asian markets in Q3 2019 for consoles.

Studio Evil is an independent game development studio based out of Bologna, Italy, and born from the endless passion of three kids from the ‘80s. After more than a decade of art and programming, they finally joined forces to build spectacular video games. Their most important projects are the retro-inspired Syder Arcade, the educational game Relive (funded by Future of Health Award 2012), and Super Cane Magic ZERO, developed together with the popular cartoonist Sio thanks to a successful crowdfunding campaign.

Based out of Seoul and publishing games worldwide, Intragames works for delivering the joy of playing games to the world. The publisher endeavors to make healthy entertainment contents, and to build a creative gaming culture. With more than 15 years of solid experience in game publishing, distribution, and indie game funding, Intragames strives to be a company beloved by gamers through delivering passion and pride of its games.

To learn more about Intragames, please visit the official website.