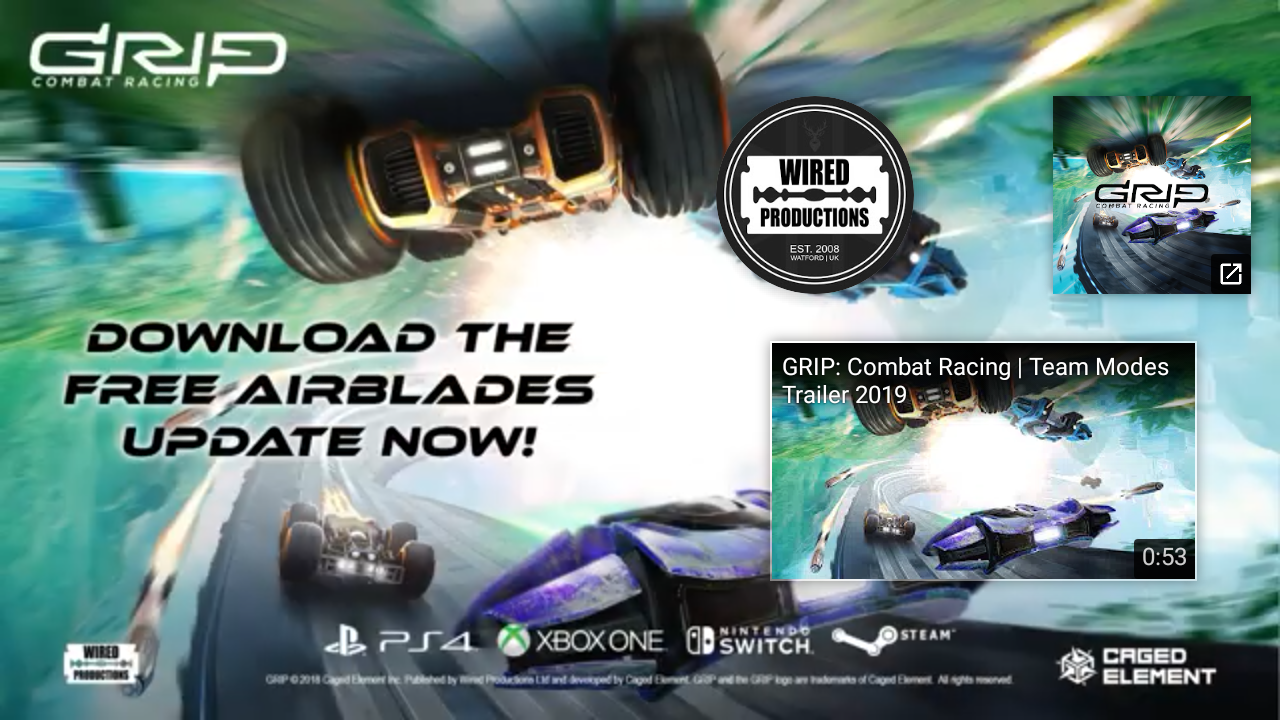 Wired Productions and Caged Element have announced that a new update for GRIP: Combat Racing has released today that will “Wipeout” the competition. The new Airblades update allows Wheeled and Anti-gravity vehicles to compete against each other for the first time. The update is free for anyone who has the game.

A trailer for the Airblades update has also released, which you can check out below.