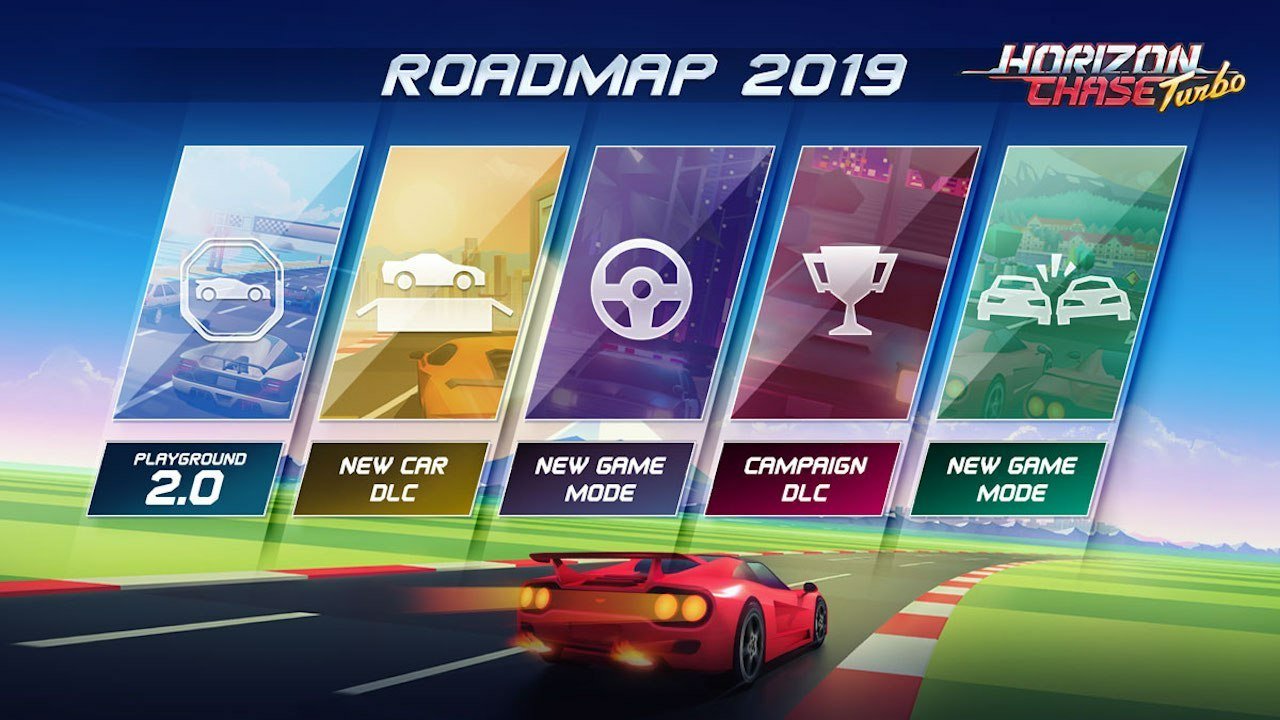 Aquiris, the development team behind Horizon Chase Turbo have revealed details of their upcoming roadmap of updates for the game. In the later half of 2019, Horizon Chase Turbo will receive new Cars and Campaigns, new game modes and a revamp to the Playground Mode.

We have further details below.

In addition to be the fastest, win and lead the ranking, now players have another good reason to check into our Playground Mode: get exclusive prizes. Collecting coins in a new scoring system they will gain access to new skins in special seasons.

Horizon Chase Turbo already brings hours and hours of fun and speed, but for the hardcore retroracers it’s never enough. Thinking of them, we are working on new DLCs with new cars, new campaigns and more.

When it comes to designing upgrades, granting fun for the gamer always gets the pole position. Our team analyzes players behavior within the game and their thoughts on social media. Thus we get insights for new ideas and upgrades. There are surprises right ahead, you can count on it!

Our hint for Horizon Chasers: keep an eye on the road and other in our channels. One thing is clear for everyone, this game is always full of new horizons.