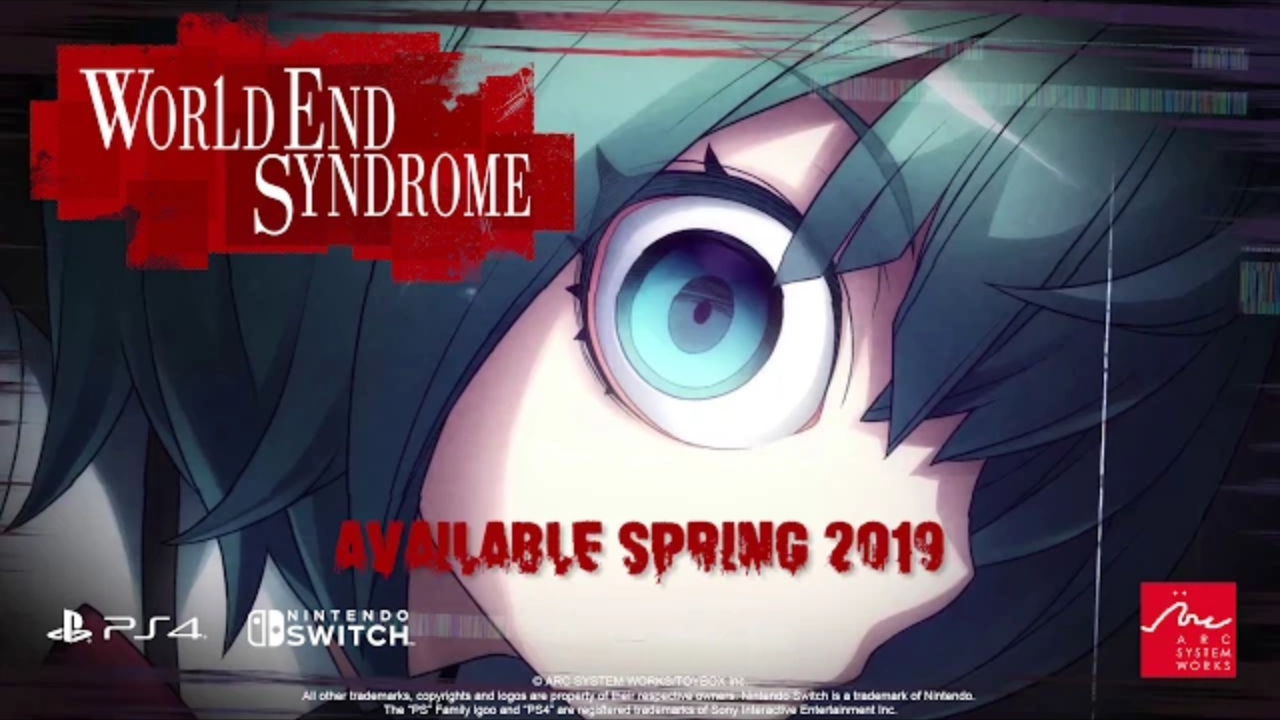 Arc System Works and TOYBOX have announced that their game World End Syndrome is now available digitally on Nintendo Switch and PlayStation 4.

The mystery adventure visual novel follows a 17 year old high school junior trying to escape his troubled past. After transferring to new school, things seem to be going well until the dead rise from the grave to feast on the living.

World End Syndrome can be purchased for $39.99 on the Nintendo eShop. You can find out more as well as watch the trailer below.

Solve the mystery of the Yomibito before it’s too late.

WORLD END SYNDROME IS NOW AVAILABLE ON PS4 AND SWITCH

Rolling Hills Estates, California – May 2, 2019 – Arc System Works America, Inc. is thrilled to announce that TOYBOX’s mystery adventure visual novel, World End Syndrome, is now available on both PlayStation®4 and Nintendo Switch. Both are available digital-only via the PlayStation Store and Nintendo eShop.

World End Syndrome follows the story of a 17-year-old high school junior trying to escape his troubled past. After causing an accident resulting in his older sister’s death, he receives an invitation to transfer to Mihate High School. He takes it gratefully, hoping to start a new life and forget his past.

But Mihate Town is not the coastal paradise it appears to be. It is home to the legend of the Yomibito, where the dead come back to life every 100 years. Once resurrected, the Yomibito attack the living to regain their sanity, but the dead’s thirst is never quenched. This year happens to be 100 years since the last known incident…

As the protagonist navigates his new life with a colorful cast of new friends, a student at Mihate High suddenly dies. The murder sends shockwaves through the idyllic town as he finds himself caught in a string of strange incidents, romance, and unforgettable summer experiences…