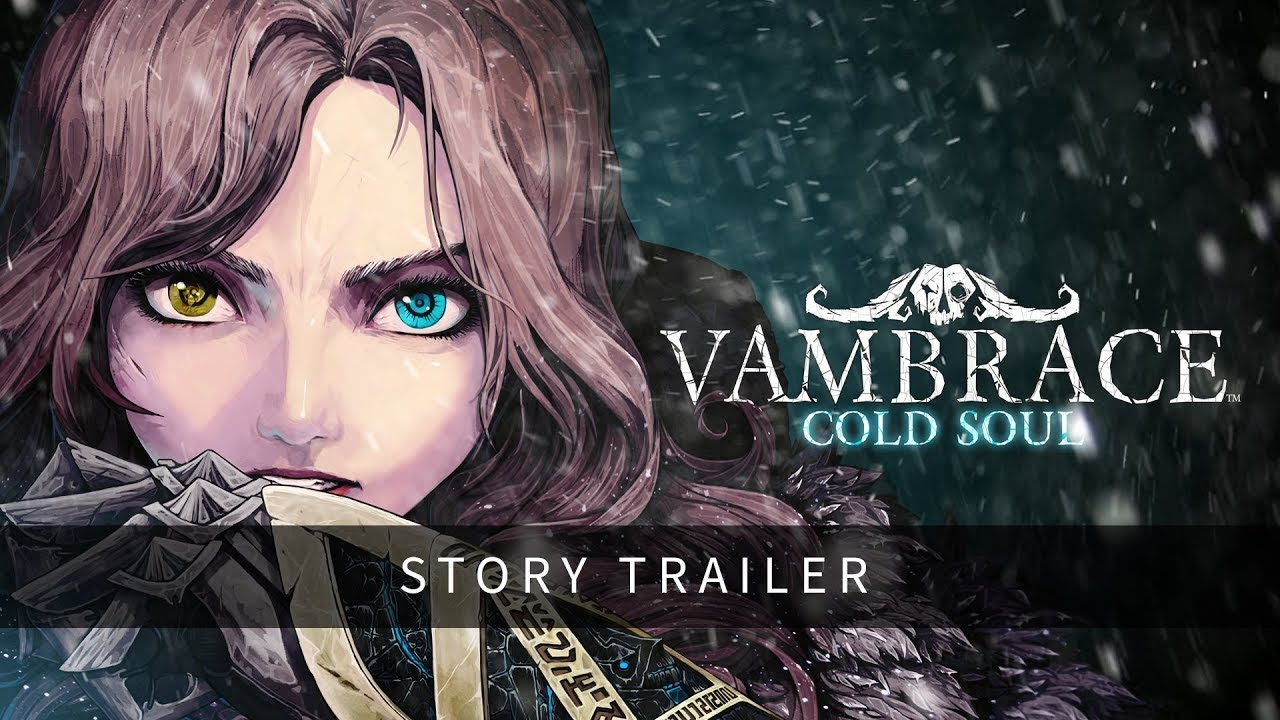 Headup Games and Devespresso have released a new story trailer for their upcoming RPG Vambrance: Cold Soul. The trailer features incredible handdrawn illustatrions from Korean artist Minho Kim. Vambrance: Cold Soul will be releasing on Switch and other consoles later on in the third quarter of 2019.

You can see the trailer below as well as the official announcement from Headup Games.

April 30, 2019 – Vambrace: Cold Soul is a perfect example of what global collaborations are capable of creating. The game weaves the beautiful, handcrafted illustrations of Korean artist Minho Kim with an epic narrative from American writer and game designer, T.L. Riven. The result of this worldwide collaboration is a truly unique fantasy-adventure featuring the best of western game design principles with eastern aesthetics. If you’re into strategic gameplay Vambrace’s story-rich roguelike mechanics will keep you on edge through hours of dungeon delving mayhem.

Take on the role of Evelia Lyric as you embark on several expeditions that will truly test your mettle as a leader. Before departing, visit the recruiting board to assemble your team. Each member brings their unique strengths and abilities to combat and the expedition itself. Craft new items from old loot, make sure your party is properly equipped, and journey to the surface to fulfill your objectives. The path ahead will be fraught with difficulties, but every one of the game’s seven chapters offers unique challenges emphasizing different party combinations and a high level of replayability.

Lyric comes into ownership of an ancient relic known as the Aetherbrace, after her father’s passing. She then embarks from the human realm of Edena on an expedition into the frigid, Dwarven kingdom of Dokkheim. It is there she hopes to find answers that may reveal more about the strange artifact and her father’s mysterious past. Be sure to check out the game’s Story Trailer for an introduction to Vambrace: Cold Soul as Evelia Lyric makes her fateful journey to the cursed city of Icenaire.
Vambrace: Cold Soul is set to release on PC on the 28th of May. The release dates for Nintendo Switch, PlayStation® 4 and Xbox One are planned for Q3 2019.
About Vambrace: Cold Soul
The King of Shades has cursed the great city of Icenaire. Now cast under a permanent blight of frost fall, its former residents have returned from the dead as mad Wraiths. Survivors take refuge deep underground where they lead a desperate campaign against this unearthly power. Woefully outmatched, they are forced into hiding as the King of Shades amasses an army of the undead above them. One fateful day, a mysterious stranger appears in the city with an enchanted vambrace.You play as Evelia Lyric, bearer of the Aetherbrace and the only human capable of entering the cursed city of Icenaire. You must choose party members who will lend their unique strengths to your cause. Embark on expeditions and use perceptive allies to avoid traps and strange encounters. Leverage the strengths of fighters and magic wielders to survive deadly combat. You may be Icenaire’s only hope…