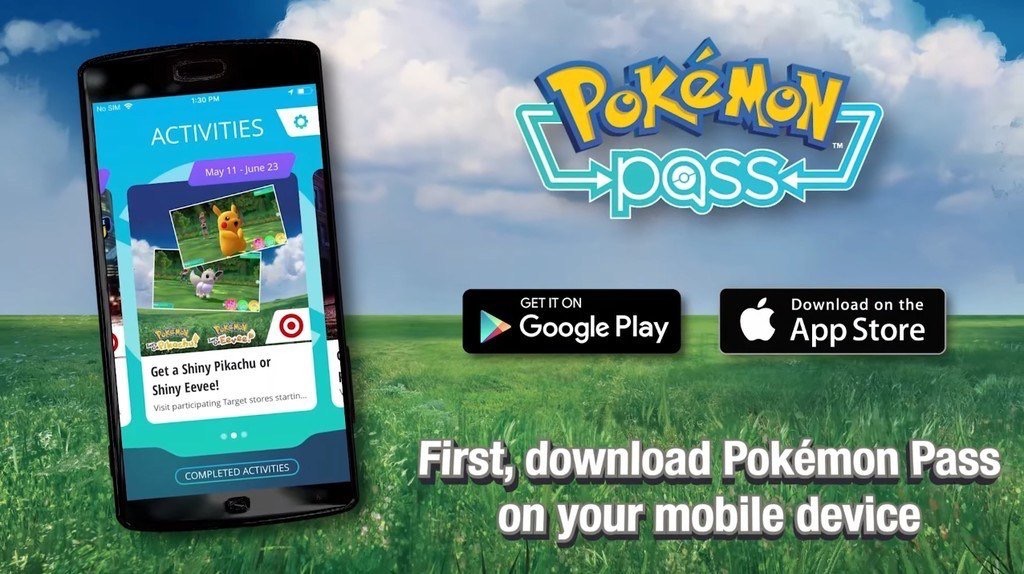 Having been leaked yesterday via an early retail display, the Pokémon Pass mobile application has now been officially announced and released in the United States. The Pokémon Pass application will be used to offer exclusive distributions going forward for games such as Pokémon Let’s GO, and for Digital bonuses such as exclusive stickers that can be used within the app when taking photos. You will get an exclusive Detective Pikachu sticker for signing up now.

The first set of promotions have been announced and will all begin on May. 11th at Target locations across the United States. Simply go into the store and look for cardboard displays that will offer a QR code for you to scan within the Pokémon Pass application.

Note: The app tracks geolocation and you must be in the store to be able to scan said QR code.